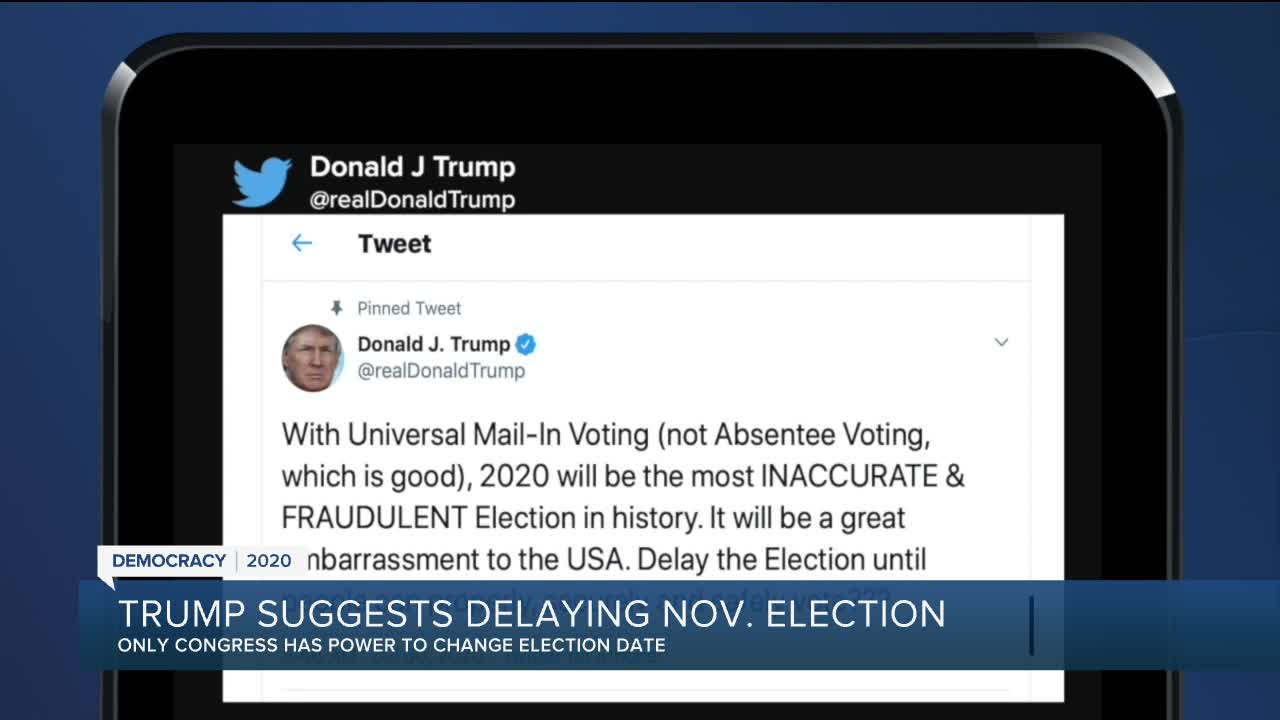 Early Thursday morning, President Trump tweeted his concerns about mail-in voting in 2020 and suggests “2020 will be the most inaccurate and fraudulent election in history.” The president suggested delaying the election.

Detroit City Clerk Janice Winfrey urged voters to drop off their absentee ballots because she has been told by the postal system that they may not arrive in time for the Tuesday primary. And she said about the Trump Tweet, “Those are fear tactics. Those, in my opinion, are a form of voter suppression. And it’s to be ignored.”

Kristi Pozzi is the Macomb Township Clerk and says mail-in and absentee ballots being dropped off for the primary next week are very popular this year. Some voters are concerned about casting ballots in person with COVID-19. Pozzi also says as a Republican, she fully supports Trump but also says the voting system she oversees is secure.

Governor Gretchen Whitmer released a statement that also says the voting with mail-in ballots is safe, secure and patriotic and added, “It’s clear that the president is more focused on his chances in the 2020 election than on protecting families from a virus that has killed more than 150,000 Americans.”

Delaying the election would take an act of Congress and Republican leaders said today it won’t happen.