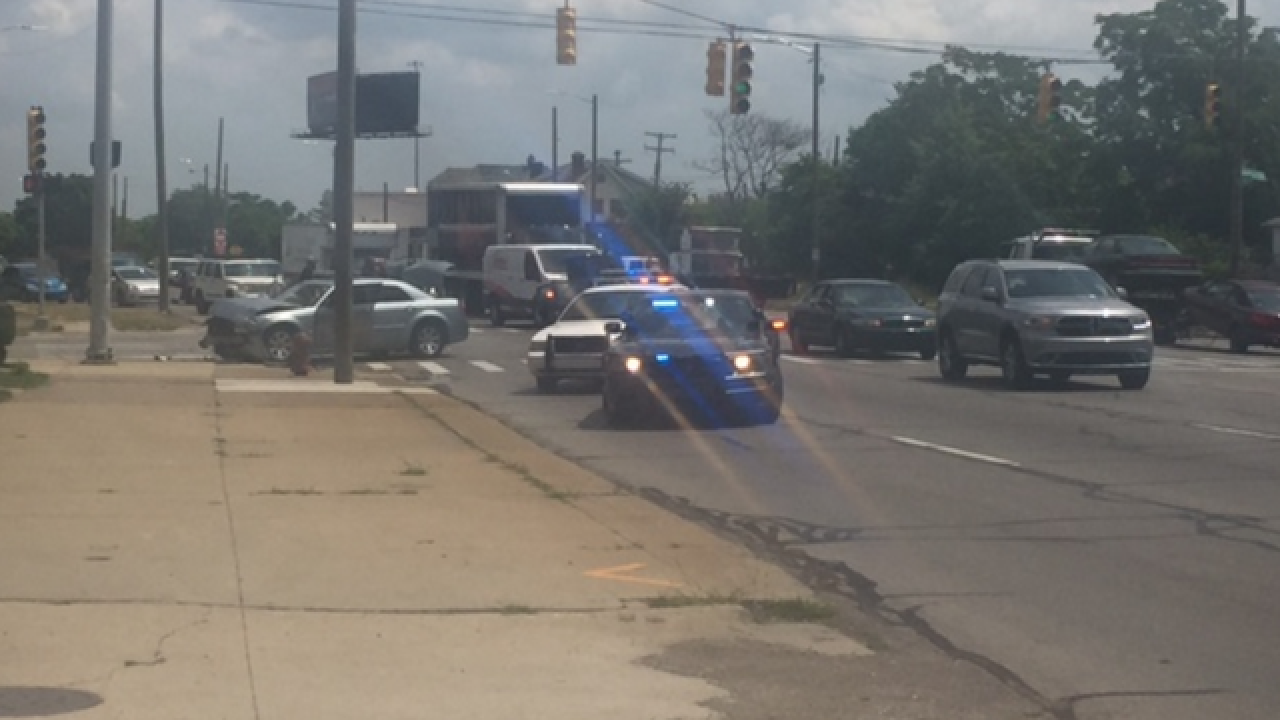 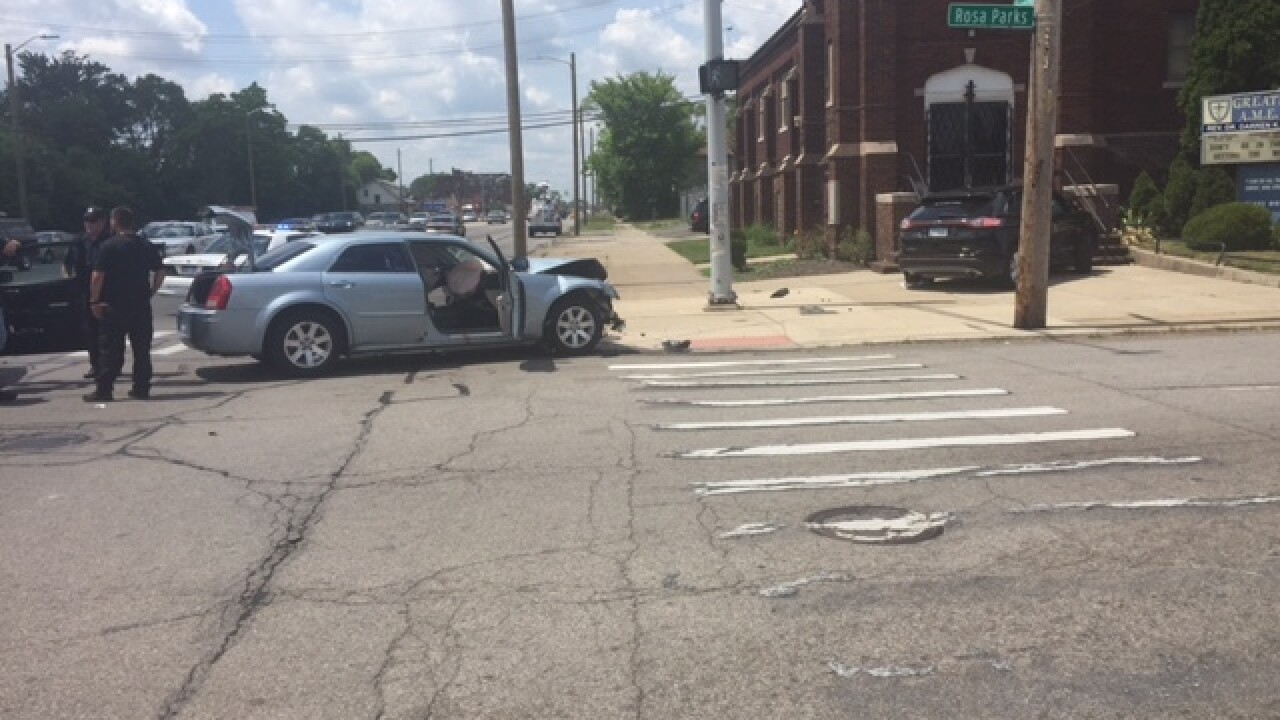 Detroit police say two officers and a civilian were injured after a crash on the city's west side.

Police say the two officers were going westbound on Davison in an unmarked car when a woman in a Ford Edge started making a left turn on Rosa Parks. We're told the officers then crashed into the Ford.

According to police, all three were taken to the hospital and one of the officers was badly injured. All are expected to survive.