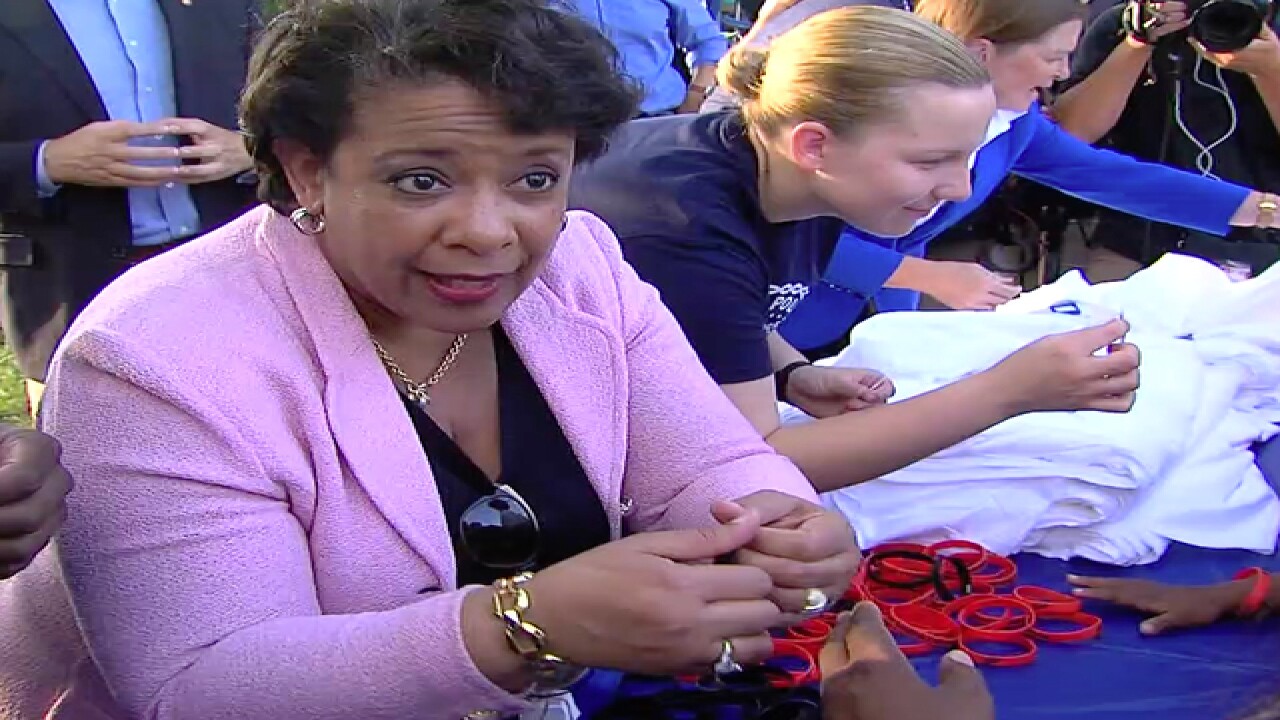 National Night Out in Detroit brought out some big names, along with the mayor and police chief, U.S. Attorney General Loretta Lynch headlined the party.

National Night Out is a nationwide celebration to raise awareness of police and community relations.

People lined up to talk to Lynch and take pictures, but for many attending this celebration, the real benefit was the police interaction.

Chonita Wilson is attending National Night Out for the first time. She said she’s glad she did. She said it humanized Detroit’s police officers.

"It's really important, especially because at this time right now for us to know they're human, they care about us and it really means a lot to give back to the community,” said Wilson.

One of the highlights of this year’s event, Police Chief James Craig busted some moves on the dance floor.

"Some of our critics will say, with crime, why are you dancing? Wel,l we are connecting with the community, this is a connection, what a lot of police departments miss out on is making that connection and building that trust.  Trust is really the glue that holds the police and the community together,” said Craig.

He said Detroit should feel honored Lynch decided to spend National Night Out in Detroit.

"The U.S. Government is saying, we like what we see in what's going on in Detroit and there are other departments that can learn from us and we're willing to teach. It's a lot of hard work, you just don't win and build trust overnight,” said Craig.

U.S. Attorney General Loretta Lynch will continue her visit to Detroit on Wednesday with a series of Justice Forums at Wayne State University.