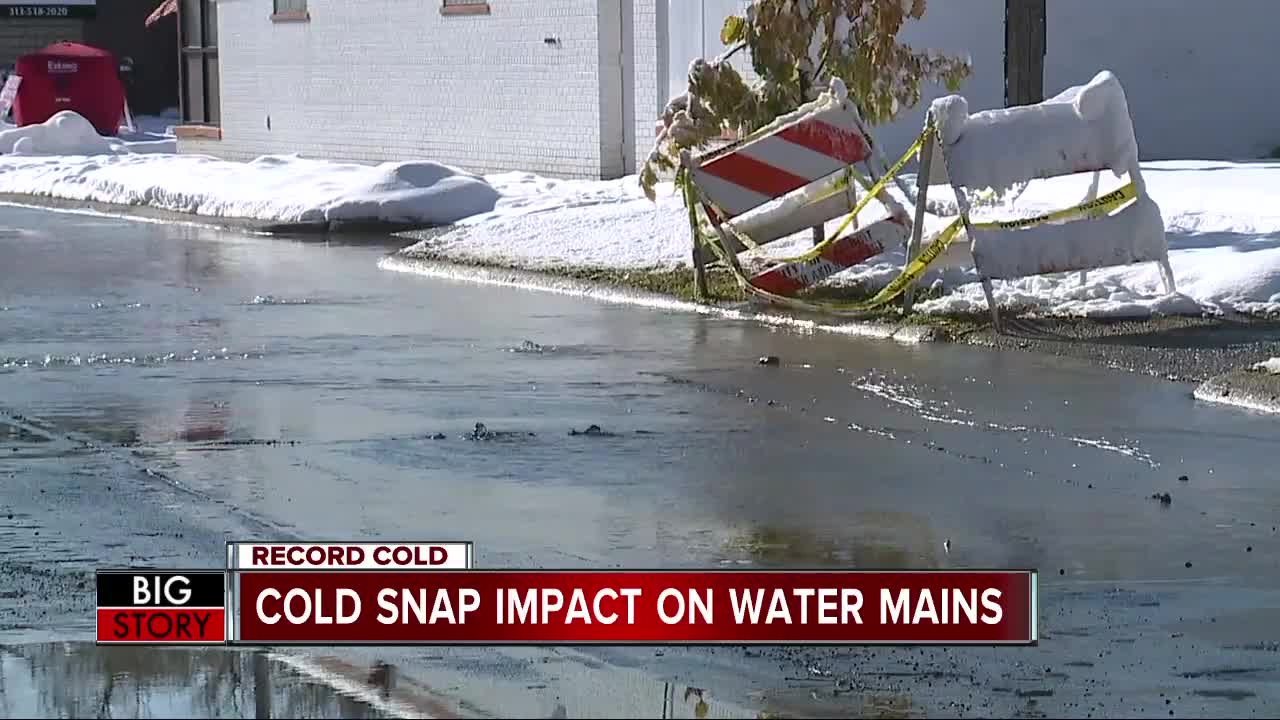 DETROIT (WXYZ) — People who live on Greenville north of 7 Mile Road have been living with a broken water main for three days.

This is one of ten breaks, and more are expected as the frost line dips lower.

The peak months are December through March. The city hires contractors to help keep up with things.

Residents tell 7 Action News that it has caused no or very low water pressure so they can’t cook, and bathe.

Maurice Manning says the water has been rusty and his family can’t drink it or boil it.

Deputy Director of the Detroit Water and Sewerage Department Palencia Mobley says they have to know where other underground utilities are before they can dig into the street to fix the break.

A crew finally arrived on Greenville at mid-afternoon. They won’t know how long it will take to fix the break until they get down into it.