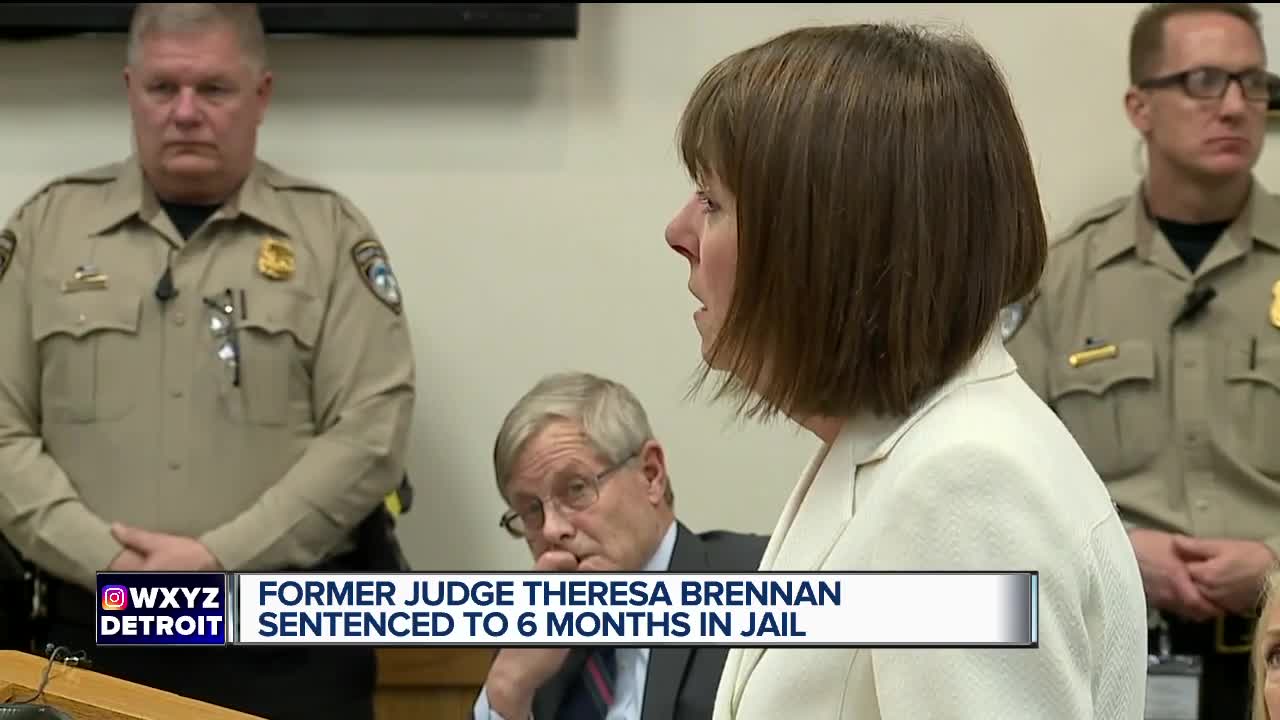 It all comes down to this: Wayne County Circuit Court Judge Paul Cusick will decide if ousted Livingston County Judge Theresa Brennan goes to jail for committing perjury. 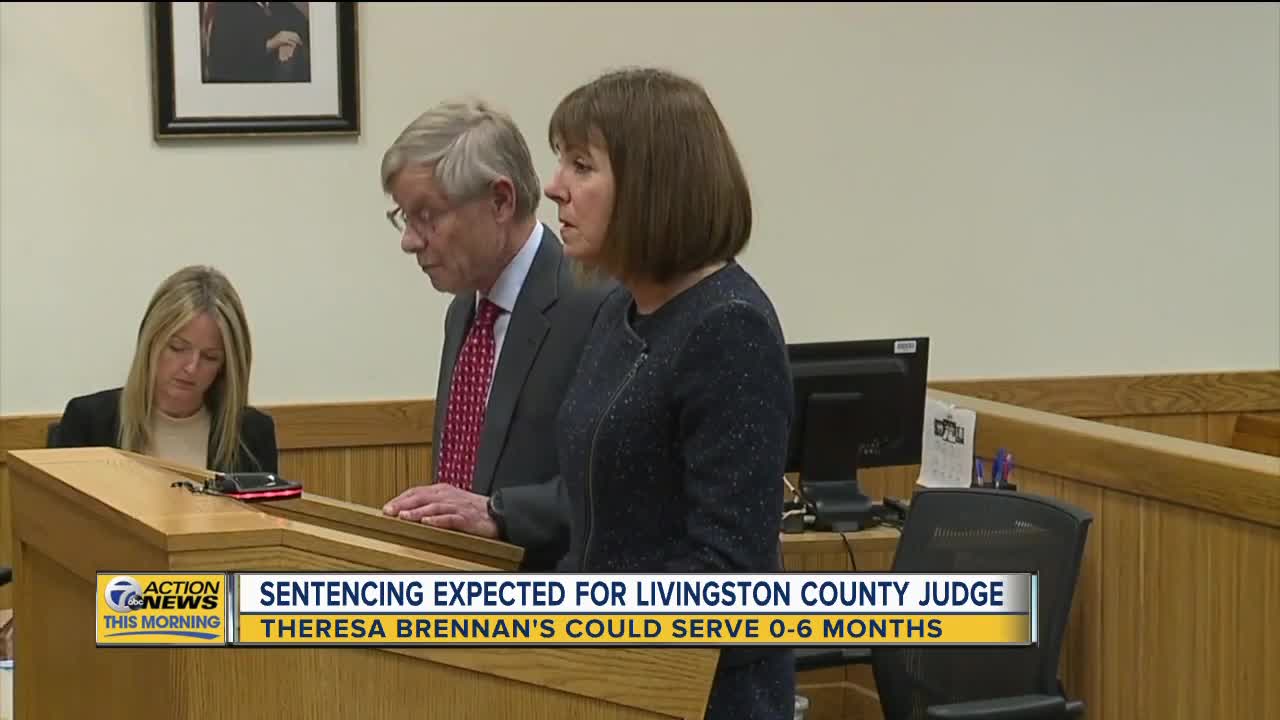 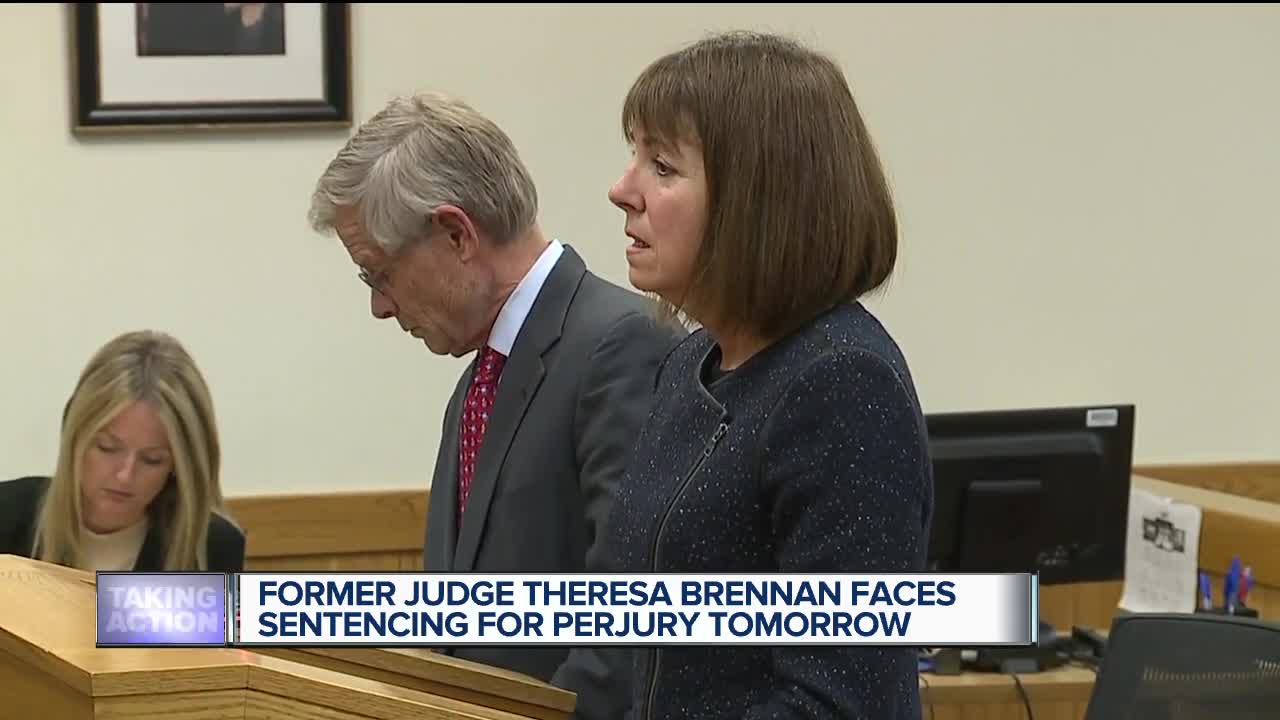 Brennan spoke at her sentencing hearing, getting emotional and saying in part, "I've struggled with how to convey to you my remorse and the shame that I feel because of what I've done.

"My actions have resulted in me letting down my community," she added.

"Even though you made others and required others to tell the truth, when it came time to raise your hand and tell the truth, you decided you weren’t going to do that," Cusick said before handing down his sentence.

Cusick said that a probation sentence would be "wholly inadequate," calling a jail sentence "more than appropriate."

Applause was heard in the gallery after the hearing ended. She's expected to report next week.

She pleaded guilty on December 3rd. Two other charges of misconduct in office and tampering with evidence were dismissed in a plea deal.

The case centers on her lying in a deposition in her divorce.

Tom Kizer is a former prosecutor and was the divorce attorney for Brennan’s now ex-husband. He says she should do some jail time.

“To allow her to sit there and say I’m sorry for what I did. It’s like all politicians who say I’m sorry when they get caught,” Kizer was writing to Judge Cusick, asking to be able to speak at sentencing on behalf of his client.

Brennan was also ousted from the bench by the judicial Tenure Commission. That decision was upheld unanimously by the Michigan Supreme Court for misconduct that included having an affair with the lead detective in a murder trial over which she presided as judge.

Jerome Kowalski was convicted but has been granted a new trial this year.

Brennan’s defense attorneys wrote in a brief to Judge Cusick, "We expect more from judges and lawyers. But Ms. Brennan has already been punished for her status as a judge by removal from office. She recognizes that because of her actions the public likely has a more negative view of lawyers and judges and that pains her.”

It goes on to say taking that away her career "has been a strong punishment and sends the message that this type of behavior by judges will not be tolerated."

The Michigan Attorney General prosecuted this case and in a brief said perjury is a public trust case, that Brennan was “in a position of power and trust in the legal system,” and that judges should be held to “a higher standard.”

But the brief also says “Brennen’s conduct calls for a sentence that considers punishment and deterrence as its goal. Her felony conviction in conjunction with the sentence of this court will be sufficient to achieve these goals.”