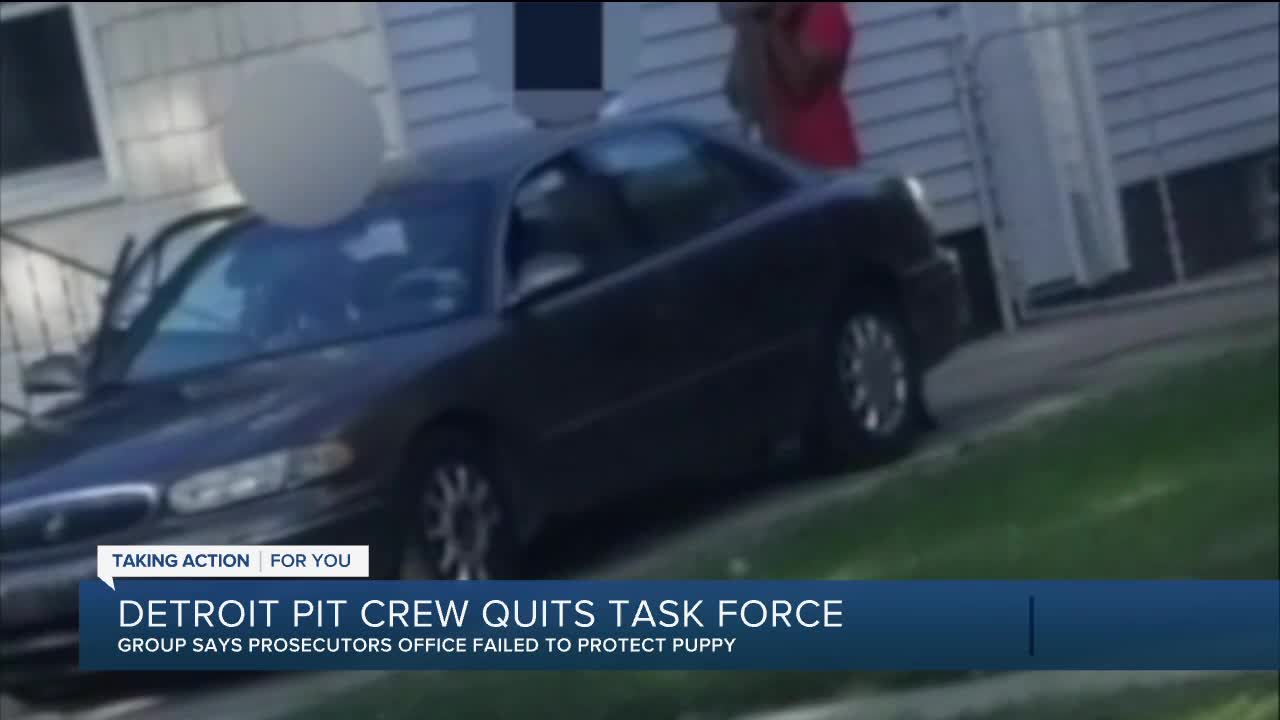 7 Action News showed you the video on Monday of what animal welfare advocates call the abuse of a weeks-old puppy.

EASTPOINTE, Mich. (WXYZ) — 7 Action News showed you the video on Monday of what animal welfare advocates call the abuse of a weeks-old puppy.

Now the way the Macomb County Prosecutor’s Office has handled the case is leading to fallout. The Detroit Pit Crew quit an animal welfare task force within the office when the prosecutor’s office announced it would not press charges.

The video recorded by a neighbor on August 31st shows a man as he appears to pick a puppy up by its ears in Eastpointe. The puppy squeals. The neighbors called the police saying they had 8 minutes of video of the man torturing the little dog.

“I feel like in this case the ball was dropped,” said Theresa Sumpter, Detroit Pit Crew Executive Director.

She says the prosecutor’s office did not allow the dog to be taken into custody to have it examined by a veterinarian and therefore did not have all the evidence.

“The puppy is still in danger. It is heartbreaking and wears on me daily,” said Sumpter.

The prosecutor’s office then announced it would not bring charges.

So the Detroit Pit Crew made its own announcement.

“We will not be part of a task force that does not do what they say they are doing and that is protecting animals,” said Sumpter.

The Macomb County Prosecutor’s office did not comment on the case.

Eastpointe’s Police Chief says the prosecutor’s office indicated it didn’t have enough evidence to support a felony charge in the video, in which sometimes the view of what is happening is blocked, so it sent the complaint back to the city.

The city is working to bring in the dog to protect it while the case moves forward.

The chief said the city attorney plans to sign a complaint today, and "We will be charging the person of interest with a misdemeanor or two based on his actions.”

The Detroit Pit Crew says it might consider returning to a task force when a new prosecutor is elected if a task force is empowered.