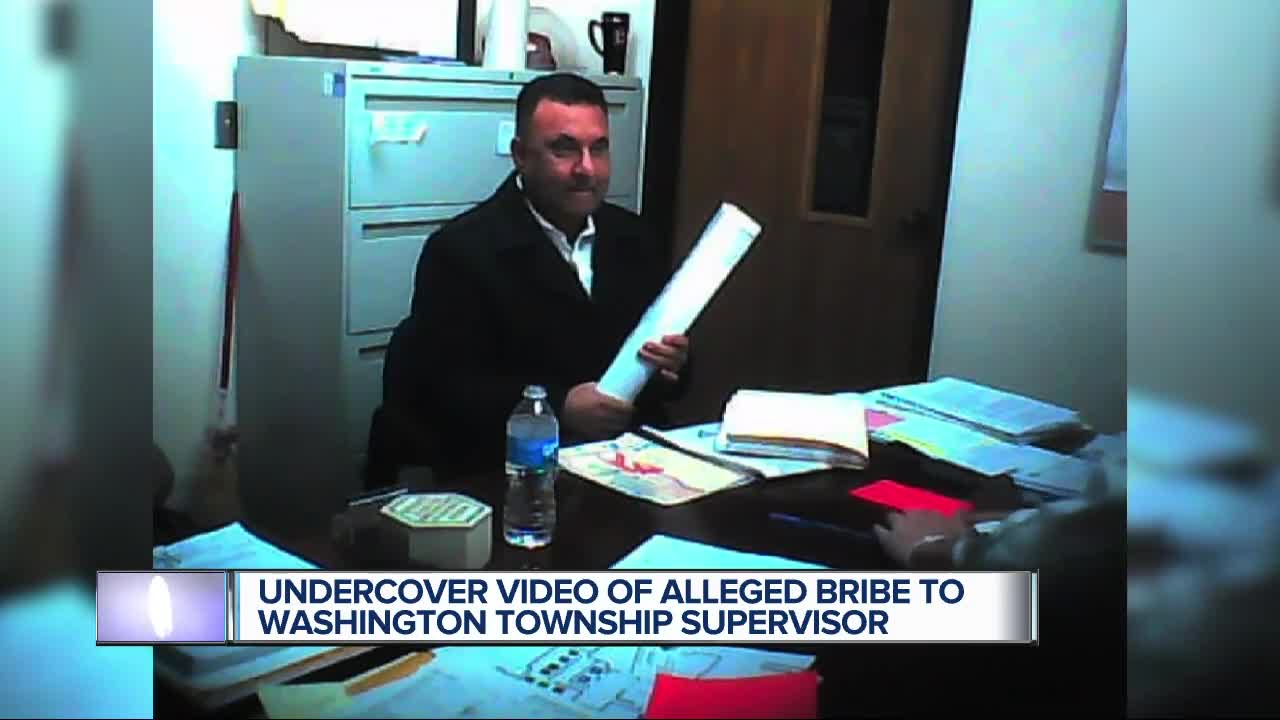 Fazullah Khan may find out as early as Friday if he’s going to prison for paying bribes to get engineering contracts in Macomb County.

PORT HURON, Mich. (WXYZ) — Fazullah Khan may find out as early as Friday if he’s going to prison for paying bribes to get engineering contracts in Macomb County.

He’s on FBI undercover video paying $10,000 cash in an envelope to Washington Township Supervisor Dan O’Leary. That is key evidence in the case.

Khan on the witness stand also testified he paid a $1,000 bribe to the township public works director, he said because they “had a choke hold” on him and his projects.

Khan and his defense attorney Jim Thomas maintain Khan was enticed and entrapped by the feds and Federal District Judge Robert Cleland ruled late today that jury instruction will be part of the case.

Walking out of court his afternoon Khan said, “if you haven’t done anything wrong, you shouldn’t take a deal.”

Outside of court, Defense Attorney Jim Thomas was asked to describe how his client was entrapped. Thomas said, “you’ll hear tomorrow,” meaning his closing argument to the jury.