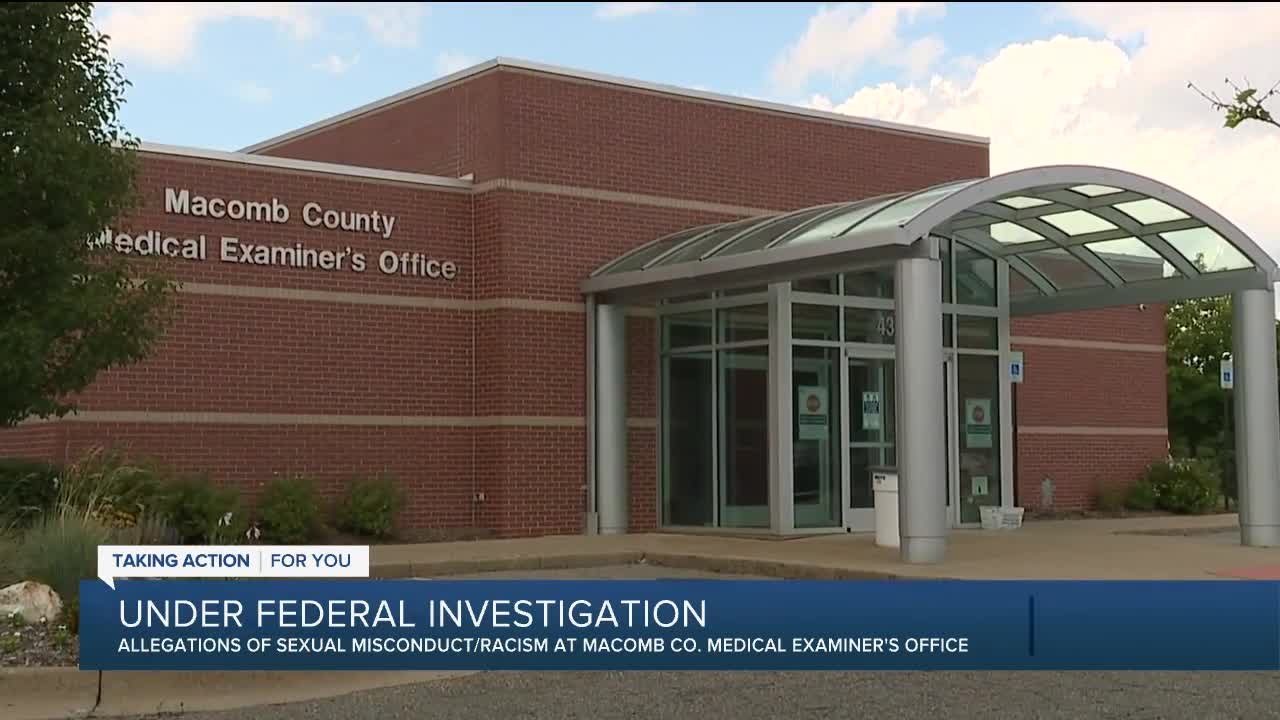 The complaint spells out allegations of a toxic and hostile work environment based on sexual and racial jokes and innuendo.

County officials also confirm to 7 Action News 3 female employees have been fired. Two are technicians and one is an investigator.

A fourth employee, who is in a supervisory position is on a paid leave while the investigation continues. We are told that investigation could be completed within a week.

The person who made the county and federal complaints still works in the Medical Examiner’s office and is a Black woman.

Other allegations include pornographic pictures that were displayed in the office as computer screen savers as well as printed pictures. A source says the pictures were not of bodies that were processed inside the Medical Examiner’s Office.

The office had 13 employees and two Medical contractors before the terminations.

County officials say they had gotten two prior complaints in 2013 and 2016. The EEOC would not comment on the complaint.

An investigation into the Medical Examiner's Office is ongoing. However, because this matter has become public, we feel we must make a comment to describe in broad detail what has transpired thus far. A complaint was brought to the attention of the Human Resources and Labor Relations ("HRLR") Department on July 17, 2020, alleging a toxic working environment. HRLR takes these complaints seriously and immediately began to investigate. There is an expectation that all Macomb County Governmental Facilities are safe, appropriate and inclusive working environments. If it is determined that an environment does not meet the standards of the County, we take swift and firm action.