Juror accused of making racist comments during deliberations speaks out 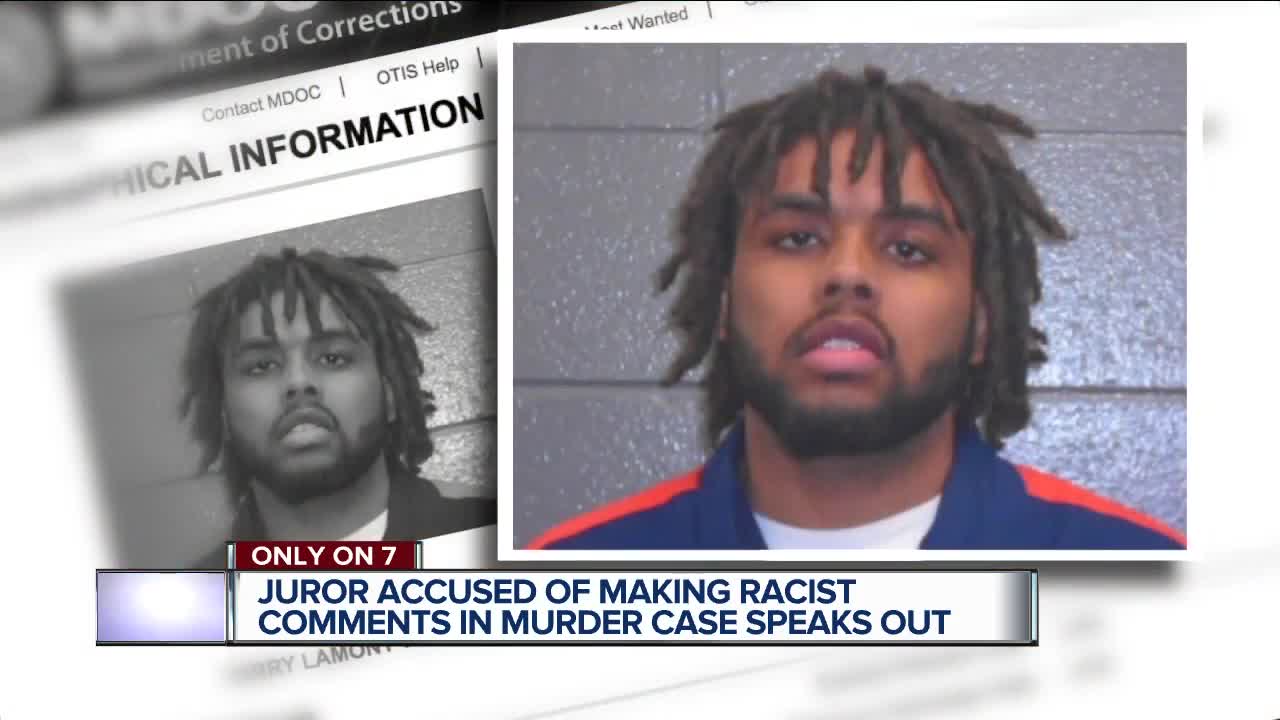 A Clinton Township man's first-degree murder conviction was overturned after it was revealed that a juror "made racist statements while deliberating" if the defendant was guilty or innocent.

(WXYZ) — A murder conviction has been overturned. The reason? The judge said he learned one of the one of jurors on the all-white-jury who convicted a black man of murder made racist comments.

So what does that juror have to say? WXYZ Reporter Kim Russell went to the home of the juror at the center of this new order. He seemed surprised that we were working on a story about the murder trial of Terry Lamont Wilson.

Prosecutors say Wilson shot and killed 24-year-old William Clark at a Clinton Township park back in 2013. Wilson claims he acted in self defense.

“Why? That was years ago,” said Harvey Labadie. “What exactly do you want me to say?”

He said he had no idea a judge threw out the conviction.

“On what grounds?” he asked.

We told him a court order indicated he made racist comments during deliberations.

Labadie voiced disappointment that the conviction was thrown out, saying that Wilson was convicted because he is guilty.

"He must have had a good lawyer," said Labadie.

“No matter what, guilty or innocent, you cannot tolerate a conviction that is based on someone color,” said Wade Fink, the attorney representing Wilson.

“It is just the sign of a new day and thank God it is here,” said Lashanda Kelley, Wilson’s mom.

Lashanda Kelley made a T-shirt she wears for her son 26-year-old Terry Lamont Wilson. It reads: Judge the case, not my race. She sat with her two other children as she spoke to 7 Action News. She says she believes there are many innocent people behind bars for crimes they did not convict due to racism.

“And if the jury or jurors would have considered all the facts, it would have been different,” said Kelley.

Kelley says racism hurt not only her son’s trial, but the family of the man killed. They now will likely have to relive their loss at a new trial.

“I do always keep them in heart and mind,” said Kelley.

“Terry Wilson is an innocent man. He is innocent until proven guilty,” said Wade Fink, his attorney.

Wilson is now expected to face a new trial, unless the order is appealed.