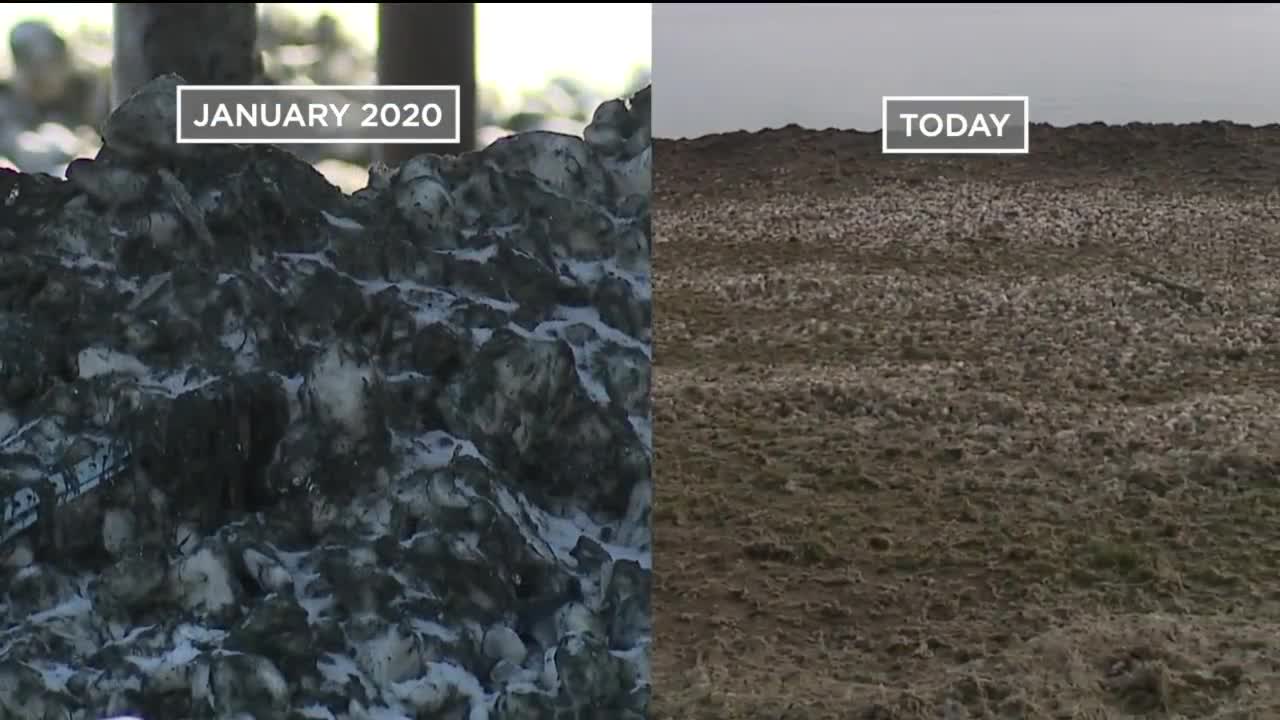 Warmer weather the last two days has caused the sludge along Lake St. Clair to melt and stink.

Some homeowners have started their cleanup. One shoveled the sludge where they could from a deck and put it into garbage bags. More remains on the grass.

Last month, Andrew Cox of the Macomb County Health Department said people can’t just shove it back into the lake.

We are now told by the county Public Works office people can compost it or put it out with the trash in Harrison Township.

Bill Morrison owns a home on Lake St. Clair and tells 7 Action News, “I haven't been out on my lawn because I'm not going to walk on it. I don't know if I have to get a HazMat suit to clean this up.”

The sludge formed downstream from the Red Run Drain and Clinton River where Oakland County, Warren and Macomb County discharge after heavy rain the weekend of January 11.

The discharges come from combined storm and sanitary sewers. During heavy rain events the sewage is given a lesser treatment. This is permitted by the state and has been going on for decades.

The county and our 7 Action News testing of the sludge shows the sludge contained plant life and E. coli from feces.

“You know, there's like a rotten smell,” says Morrison.

But he describes it not like feces but similar to when geese do their business on the grass along with rotting lake plant life. His sludge has not thawed and is still too deep to clean up now.

“It's everywhere and I don't know how we're going to get rid of it. It's just a mess,” he says.