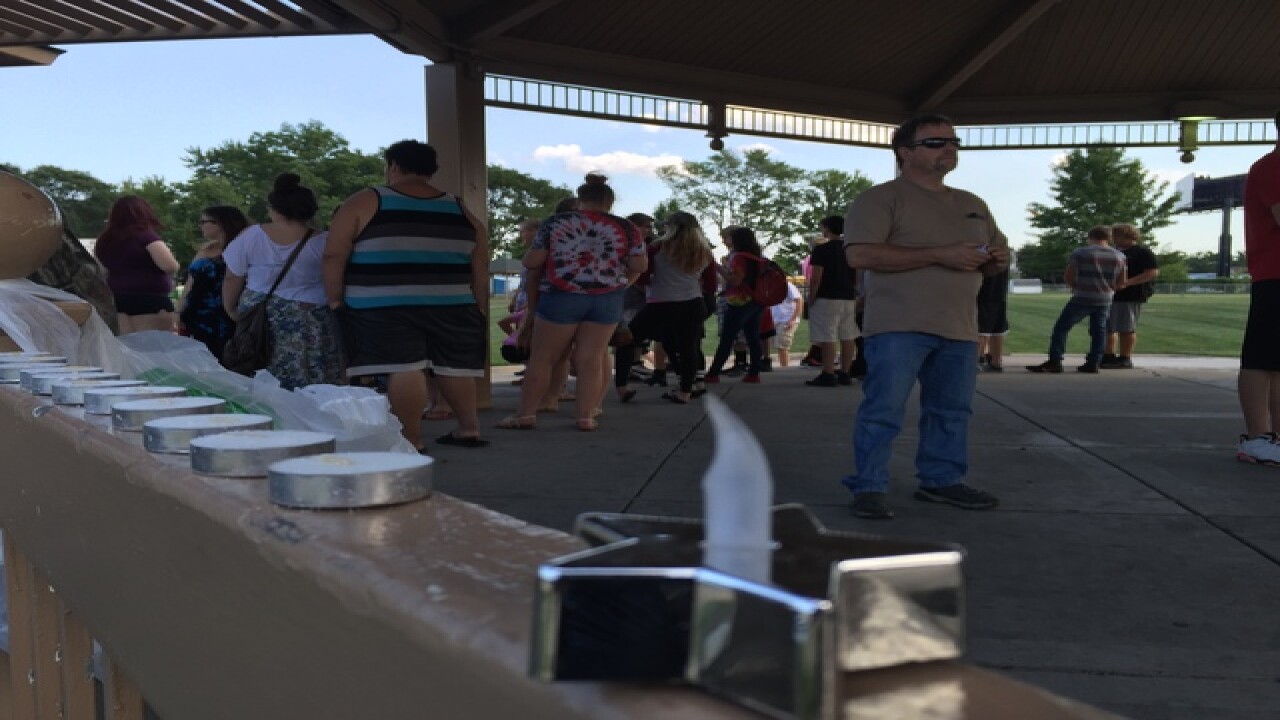 Friends and loved ones of a Roseville teenager stabbed in the heart during a large fight Monday held a candlelight vigil Tuesday evening to pray for his recovery and to call for peace.

Officers responded to Veteran's Memorial park at 11 Mile and Barkman at around 9 p.m. There were two dozen teens near the gazebo who fled the scene when police arrived, according to Roseville police.

A 16-year-old boy was found on the ground with a stab wound to the chest. He was rushed to the hospital, where doctors immediately operated on his heart.

Alexis Hamilton, a family friend who organized the vigil, said the victim was in critical but stable condition.

"The last update I had, he was speaking with family members, so it's great news," Hamilton said.

Another boy is in custody for the stabbing. His name, as well as that of the victim's, have not been releaed because they are juveniles.

Over a dozen people gathered near the gazebo where the fight happened to call for an end to the violence that has changed the lives of both teenagers.

"We have a kid fighting for his life and we have a kid facing attempted murder charges and it's sad," Hamilton said. "The violence needs to stop."