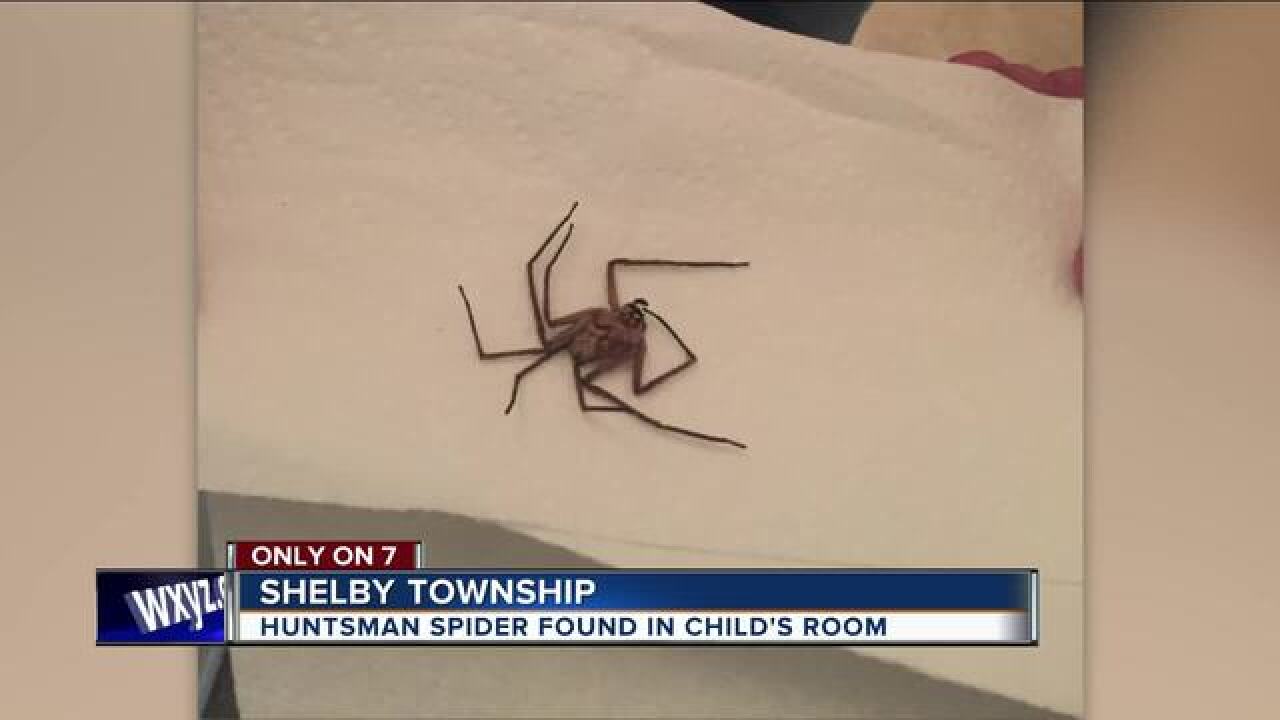 A mom in Shelby Township found a giant spider in her son’s bedroom, and local experts say it doesn’t belong in Michigan.

Jillian Duke and her family live in the Spring Hill Apartments in Shelby Township.  Early Wednesday morning, she was in her 21-month-old son’s bedroom when she spotted something funny.

"I looked over thinking it was a big ball of string and it turned out it had eyes and it was a big spider,” said Duke.

"I went to go reach for it and I kind of backed up and I said that's just too much string,” she said.

Duke said she panicked, she called her husband and her parents, and dropped some heavy books on the spider.

She said her dad’s reaction frightened her even more.

“He’s 73, he's pipelined across the country, he couldn't believe the size of the spider and he's never seen anything like that,” said Duke.

She decided to get it identified and she took it to Pets & Things off Van Dyke Road in Utica because they specialize in spiders. The workers consulted entomologists and specialists at Cranbrook Institute of Science and they believe they’ve identified it.

"Australian Huntsman Spider, which would be one of the largest spiders in the world, but completely harmless, outside of an allergic reaction to it's  venom,” said Randy John Lee, an employee at Pets & Things.

But the spider is not native to Michigan or even this continent.

"It shouldn't be here, it probably came in on a tropical plant,” said Lee.

Now Duke is wondering exactly how it got into her apartment and she wants her complex to spray for insects right away.

"This thing is huge. It needs a leash,” said Duke.

Lee said the spider probably was shipped over in some plants from a big box store selling flowers and trees.