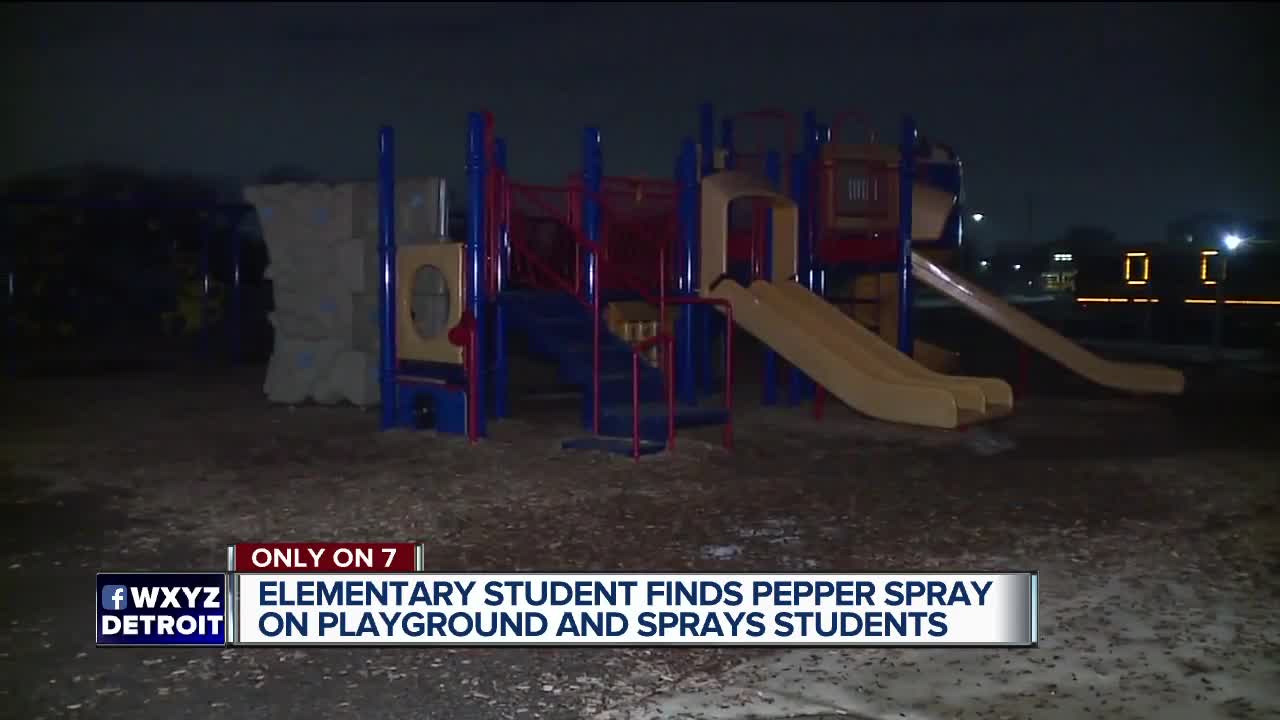 There was a scary incident at Steenland Elementary school in Roseville after a student found pepper spray on the playground and sprayed it, hitting other children.

ROSEVILLE, Mich. (WXYZ) — There was a scary incident at Steenland Elementary school in Roseville after a student found pepper spray on the playground and sprayed it, hitting other children.

Several parents took to social media right after the incident. It happened around noon Friday.

Several children were affected, but we’re told they're expected to be okay. But parents say more school supervision is needed.

"Full panic like just crazy, I don’t even know how to feel right now. My main concern was what if would have been a gun," said Mary Moser, whose son was sprayed with the pepper spray.

"My son told me that the kid took the pepper spray and started spraying it everywhere and it got into some kids eyes," she said.

Parents were contacted immediately by the school after the incident happened.

The superintendent says the student did not spray the pepper spray directly at other students. Students affected were also let go from school early.

But parents are concerned and feel more needs to be done by the school.

"My problem is, where is a 10-year-old getting pepper spray from, what’s going on with the supervision," said Moser.

Superintendent Mark Blaszkowski tells 7 Action News they’re not sure how the pepper spray got onto the playground and says the school's principal handled the situation thoroughly.

Blaszkowski also says student safety is there number one priority and the district looks at situations like this to help teach kids to make good decisions and keep students safe.

Right now, Mary’s son is doing okay. At this point law enforcement is not involved. The superintendent wouldn’t tell us if the student who sprayed the pepper spray will face an discipline.