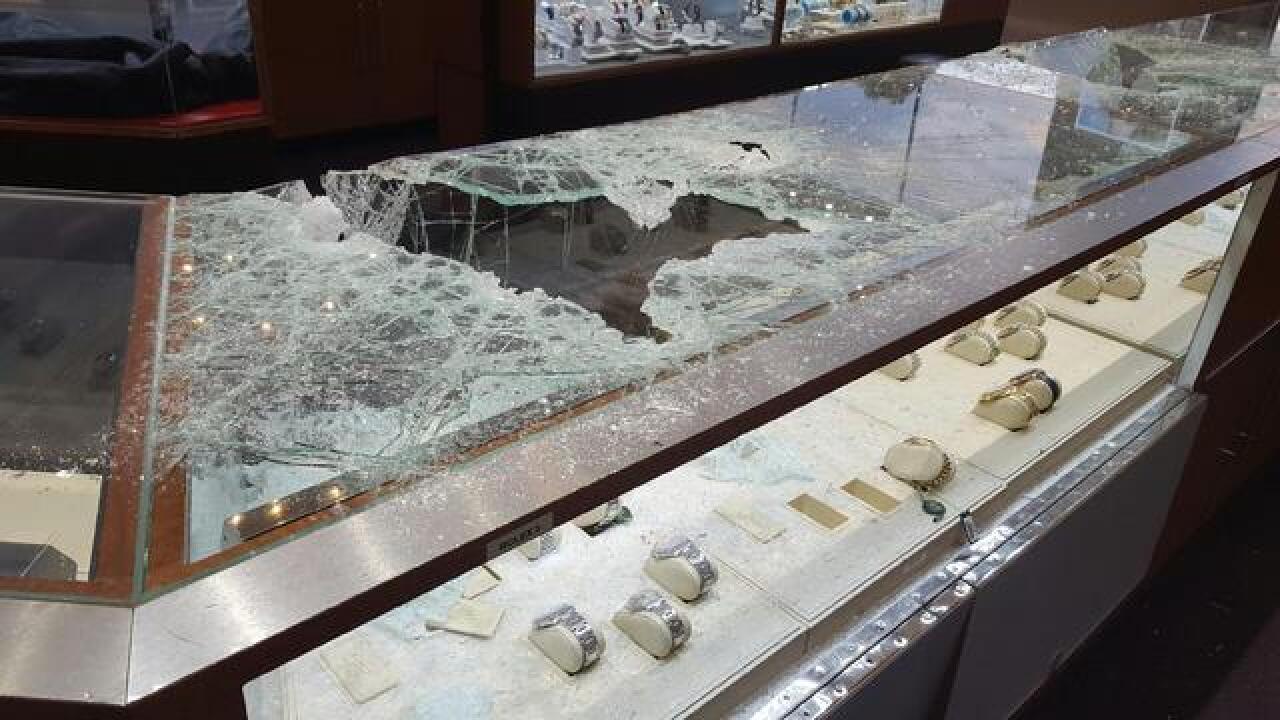 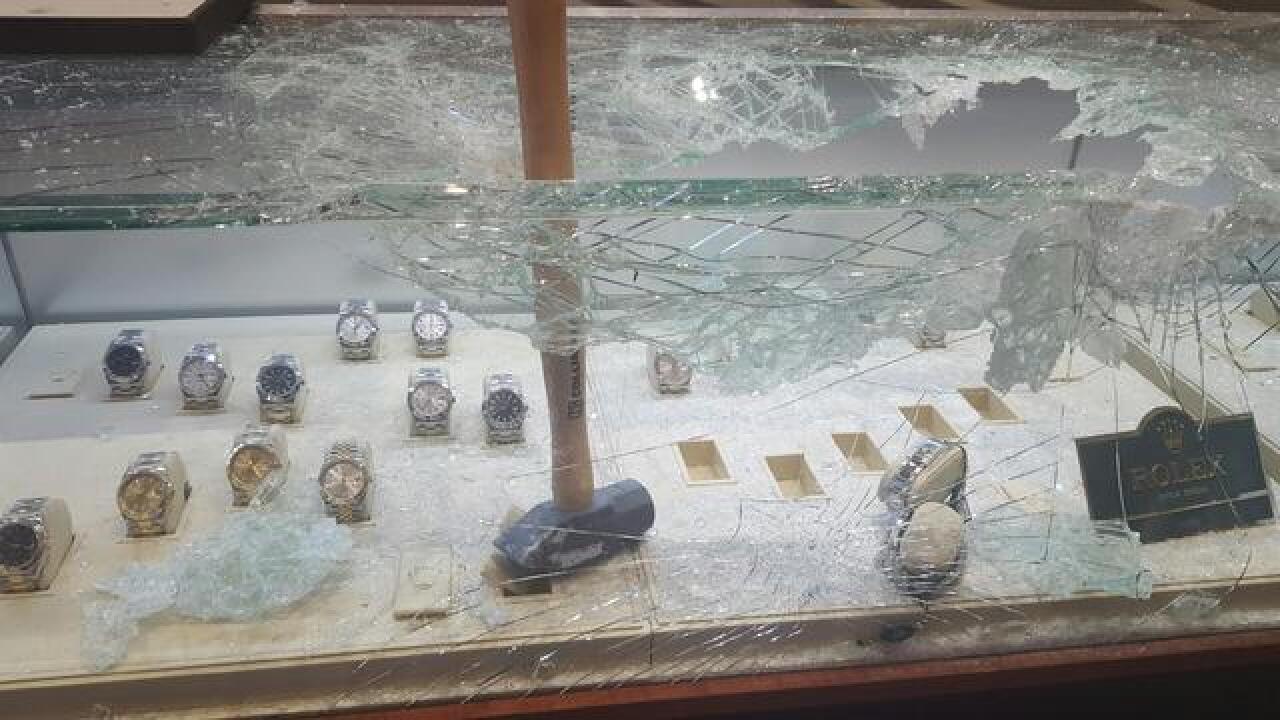 A police chase that started in Sterling Heights ended in Warren after a smash-and-grab at a jewelry store on Thursday night.

According to police, two U-Haul trucks split up after the smash-and-grab at a jewelry store in Sterling Heights on 19 Mile.

Sterling Heights police say they chased the trucks all the way to Warren, where one of them crashed on 13 Mile.

After the crash, one of the thieves ran from the scene but would later get caught.

Police say three men entered Lucido Jewelry and started smashing display cases with sledgehammers. By the time they were done, they walked out with six Rolex Watches, worth more than $100,000.

In all, five suspects were arrested in connection to the case and robbery.