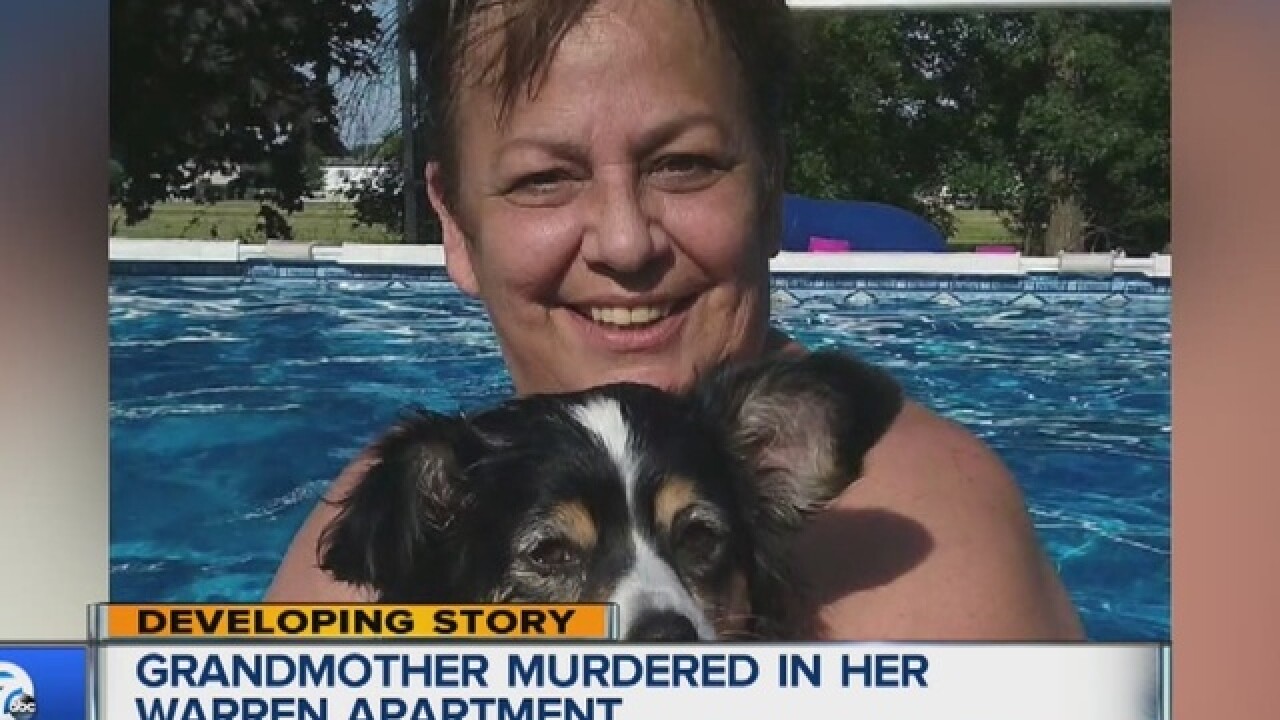 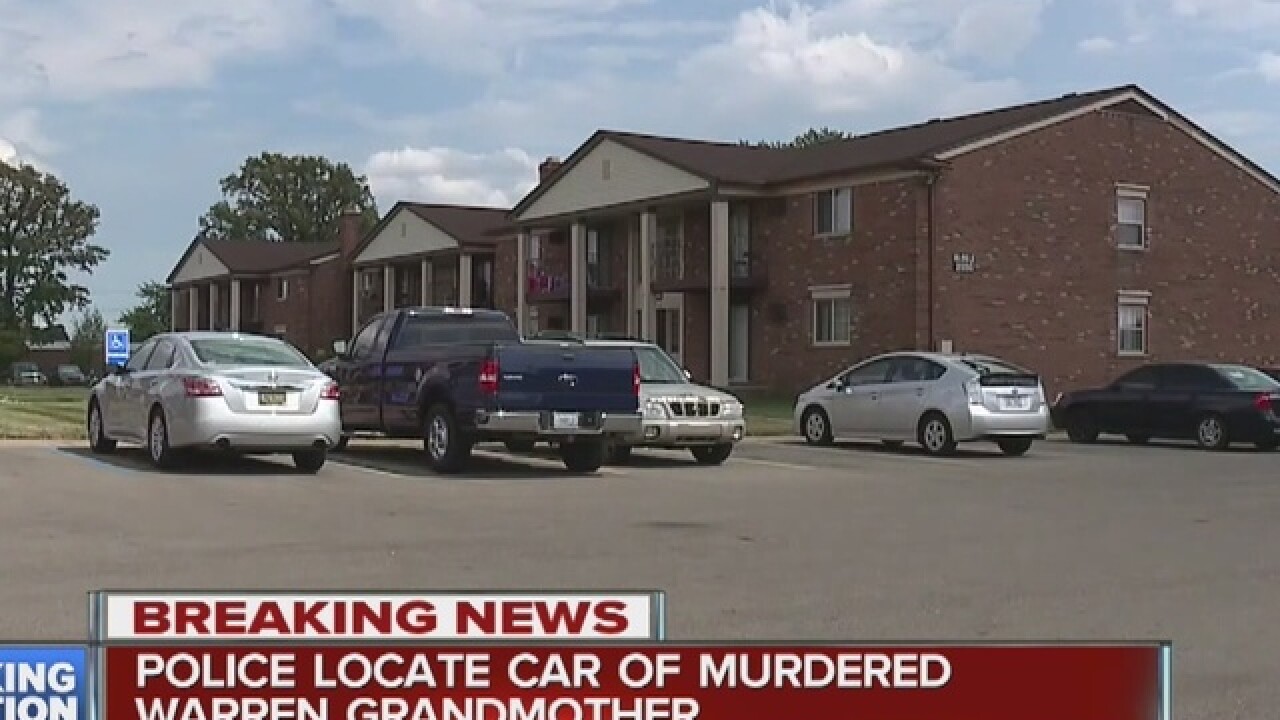 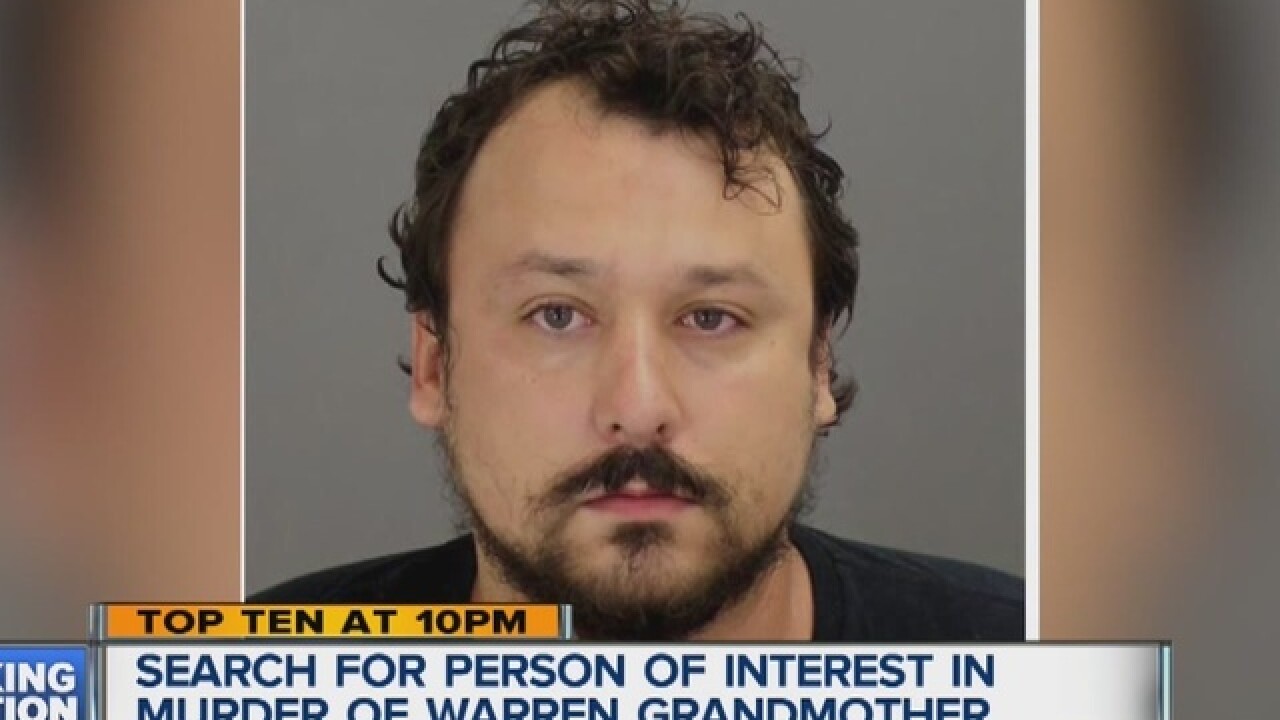 Warren Mayor Jim Fouts said police have located the car of the 62-year-old grandmother who was found murdered inside her apartment earlier this week.

According to Fouts, police have only found Donna Lawrence's car, while the person of interest remains on the run.

Police say Anthony Iannotti, is the person of interest. He is considered an extremely dangerous person.

Lawrence was found beaten to death inside her apartment on Aug. 10. The shower was running when her body was found, and neighbors say the saw the suspect knocking on her window in the morning and calling her name.

She let the man in, and was seen leaving the apartment soaking wet. Police say he then got in her vehicle and left.

Iannotti was last seen in the early morning hours Saturday in Shelby Township off Auburn Rd.

Fouts said Iannotti had a confrontation with a relative and gun shots were fired.

"It's someone that's related, indirectly related to him and that person took a couple of shots at him and we believe he's somewhere in a wooded area and police are actively looking for him and have not been able to locate him,” said Fouts.

Police from Warren and Shelby Township continued to search through the day but Iannotti has not yet been found.

Neighbors who spoke with Action News heard the gun shots, and were concerned by the search.

"I was worried maybe this guy might kick my door in, so I was up all night with the kids and stuff, I was hoping he wasn't coming my way,” said neighbor Mike Hurst.

Mayor Fouts said he is optimistic Iannotti will be brought into custody soon, he wants anyone who may have information to call 911 right away.

"I think everybody is cautiously hopeful that soon he will be apprehended but everybody in that particular area should be careful and do not approach him, just call police or 911,” said Fouts.