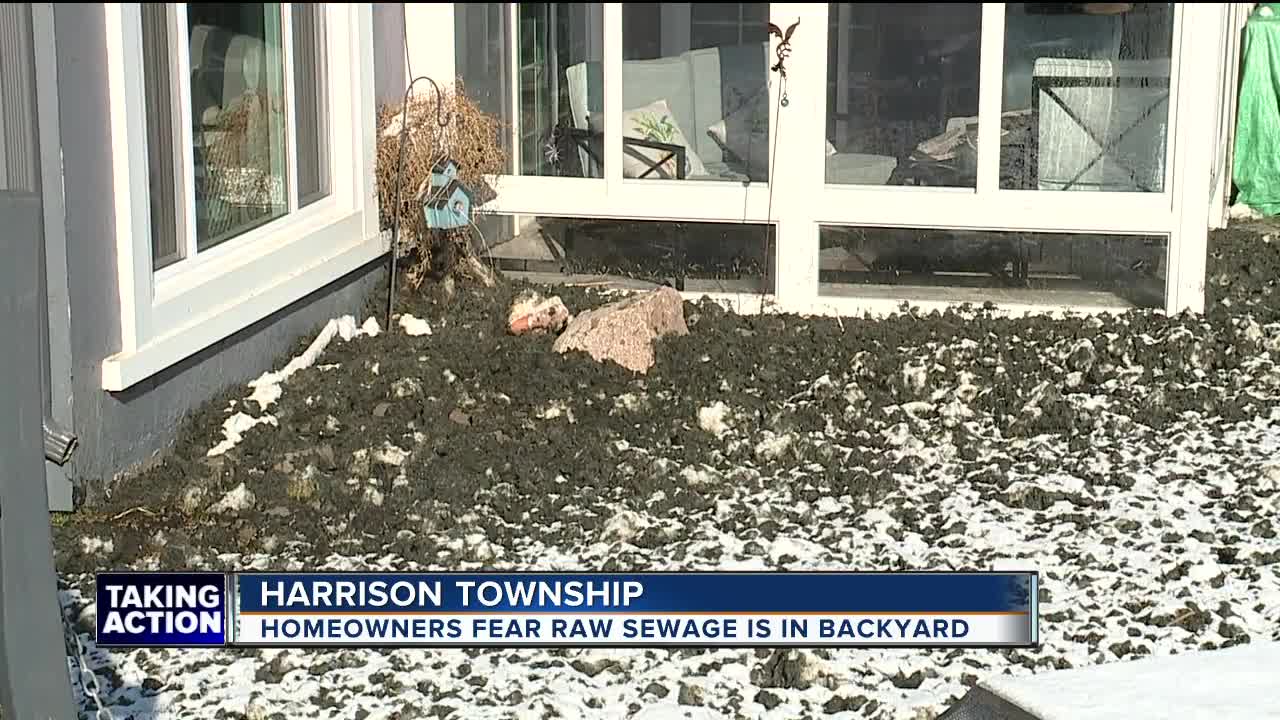 People living along Lake. St. Clair near Harrison Township think a mysterious sludge washing up onto their lawns may be raw sewage.

HARRISON TOWNSHIP, Mich. (WXYZ) — People living along Lake. St. Clair near Harrison Township think a mysterious sludge washing up onto their lawns may be raw sewage.

7 Action News has been told the sewage began appearing on Saturday morning. One resident living along the water even caught it on video.

People living in the area say they've never seen anything like this before. They tell 7 Action News they believe the sludge is from a raw sewage release by Oakland County from the Red Run Drain.

"There's rules on the lake. If you have a boat and you have a bathroom on the boat, you're not allowed to dump that into the lake. There's a big fine for that," says Joe Henninger. "Yet, the cities, we're dumping right into the same lake. It's crushing the fish. People eat the fish. Ducks are all eating it. It's disgusting, really."

That drain flows into the Clinton River and then into Lake St. Clair.

Macomb County did release a number of combined sewer overflow releases last week, but they were south of the location where the sludge is washing up.

7 Action News has reached out to the Oakland County Drain Commission for any information they can provide that may be related to this situation.

An official from the Macomb County Drain Commission tells us that, while they do not believe the incident is related to their releases, anything that would have been released would have been treated with a bleach like compound.