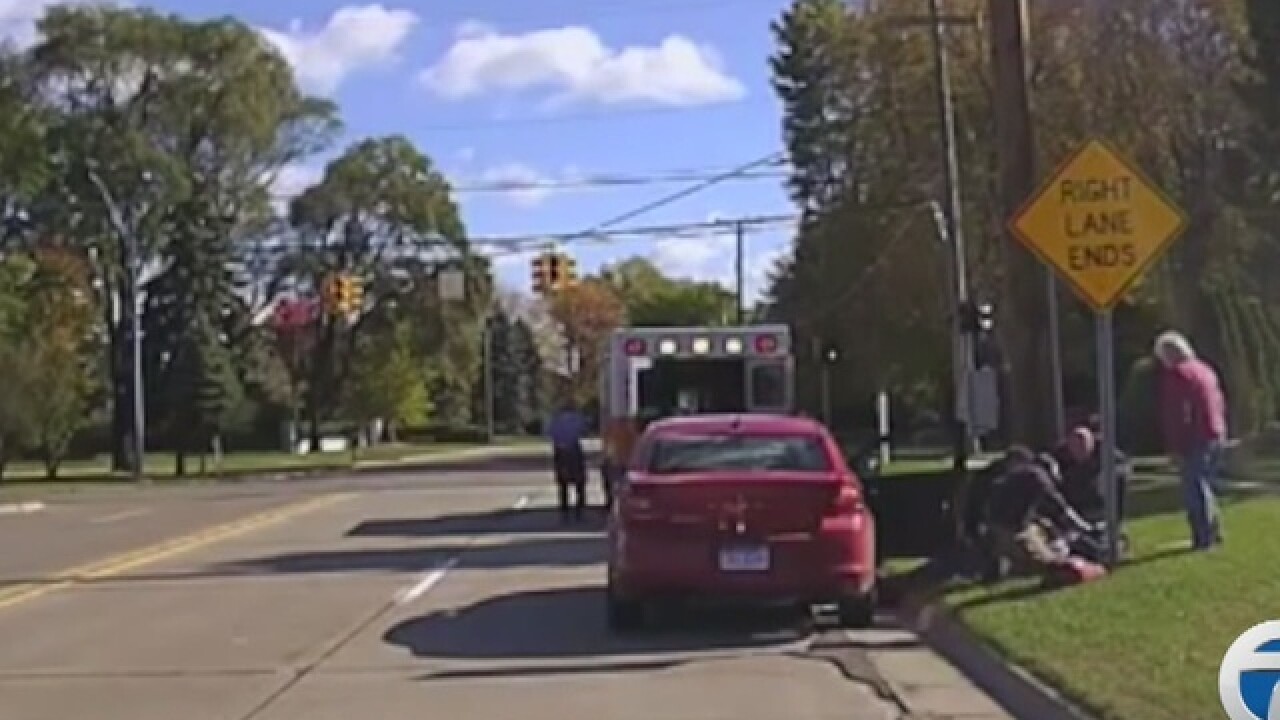 "Protect and Serve” is the motto of many police agencies and a Sterling Heights officer did exactly that yesterday - encountering a life and death situation on the job.

Kevin McLellan is being called a hero after his quick response to a life-threatening situation during his patrol.

He helped save a life.

It's never an easy job and, with tensions heightened over recent police shootings, it's even tougher right now.

But men and women in blue are still showing up to work every day.  In the case of this Sterling Heights officer he was in the right place at the right time.

The call for officer Kevin McLellan from dispatch came at 8:30 yesterday morning and he quickly responded to a home in the 42000 block of Driftwood. That's where a resident discovered her husband unresponsive.

Soon after, Officer McLellan arrived and began CPR on the 68-year-old man who is also battling cancer.

"I checked for a pulse, there was no pulse,” McLellan says. “He wasn't breathing. He was still warm, so due to his location I couldn't get him to the floor, which is what you want to do to do CPR, but if you can't do that, you just start CPR."

McLellan says medical emergency calls such as this are fairly common in the community.
"Everything is just an absolute collaborative effort from the time the call comes in to our dispatch, who are absolutely phenomenal, ourselves here at the police department, and then our FD, Fire Department personnel, who are one of the best in the state," he says. "We don't enjoy running around writing tickets or having to arrest people. It's part of the job. That's never going to stop however to be able to do things like this, is quite gratifying."

McLellan and his fellow officers are certified annually in CPR and that training certainly paid off in this instance.

The man he helped is hospitalized - but alive.