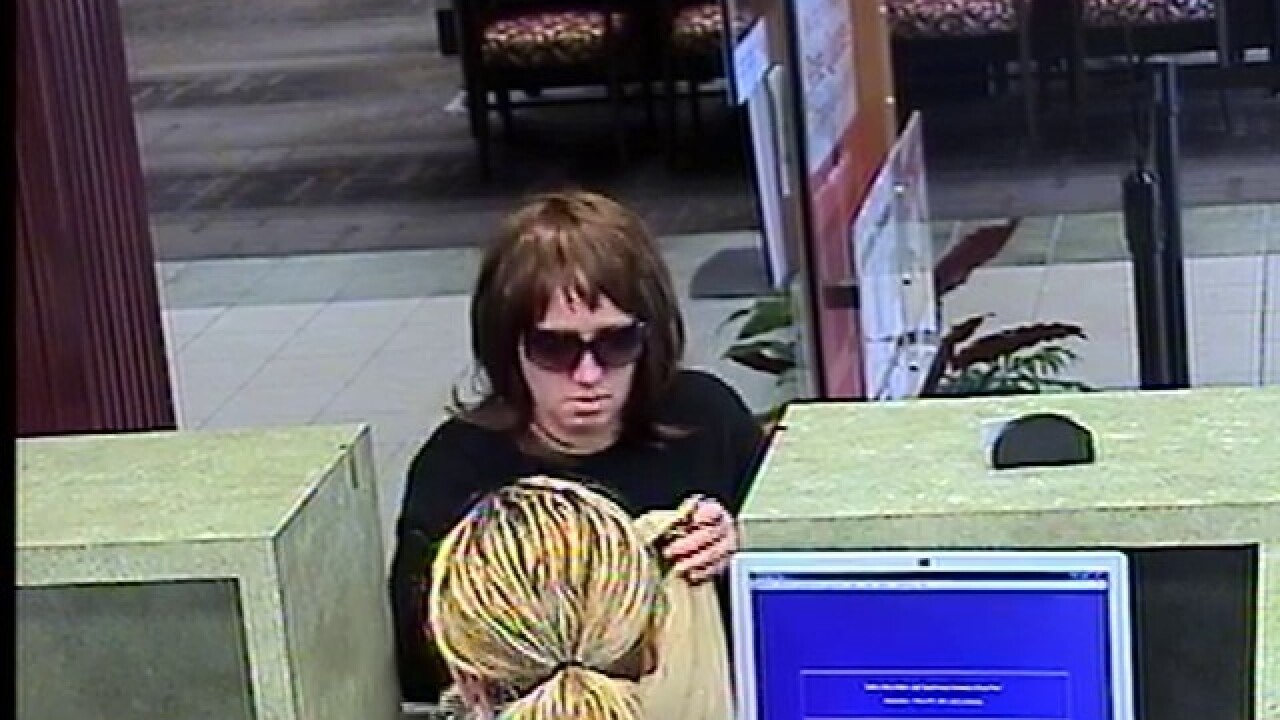 Fraser police are asking for your help identifying a woman who robbed a bank on Thursday afternoon.

According to police, the woman walked into the Bank of America around 2:55 p.m. on Utica Rd. and passed a note saying she had a gun.

The woman was wearing a dark wig and sunglasses. She left the bank and fled in what is believed to be an early 2000s white Grand Am.