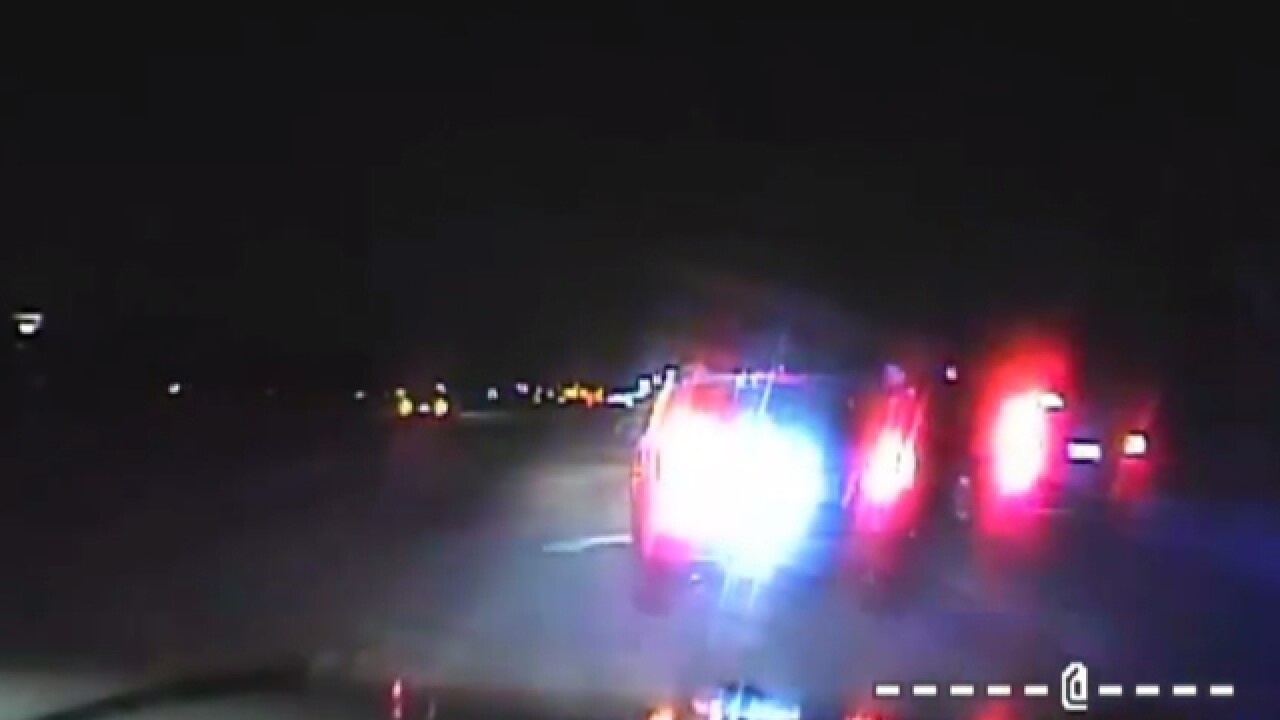 A Shelby Township police officer had a close call while making a traffic stop on Hall Road at Schoenherr early Sunday morning.

Sgt. Jeffrey Bellomo had pulled a woman over for driving through a red light. They were on the side of the road and Bellomo was standing on the passenger side of the car when another vehicle pulled around them on the grass, almost hitting Bellomo.

Posting dash cam video of the incident on Facebook, Shelby Township police are blaming distracted driving by the other driver for what happened. They did not post what charges, if any, that driver is facing.