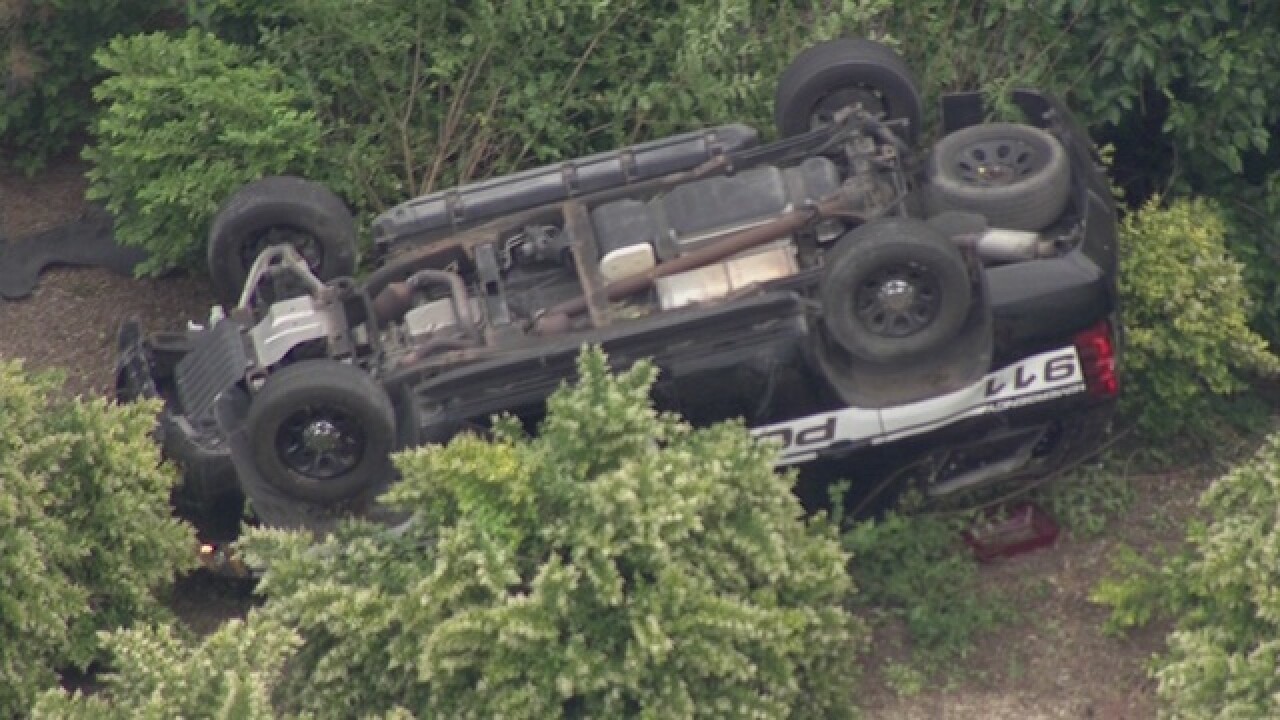 In the crash, two officers, as well as a suspect and a civilian were injured, but all suffered non-life threatening injuries.

The video shows the officers chasing the suspects near 11 Mile and Dequindre. The SUV loses control and then flips into a nearby median filled with bushes.

Shortly after the officers crashed, the suspect's vehicle hits a civilian vehicle in the intersection.

Police say the suspects robbed a Vibe Credit Union on Van Dyke in Sterling Heights after unsuccessfully trying to rob two banks in Warren. Warren police spotted the suspects and then gave chase, leading to the crash.

Both suspects were taken into custody.