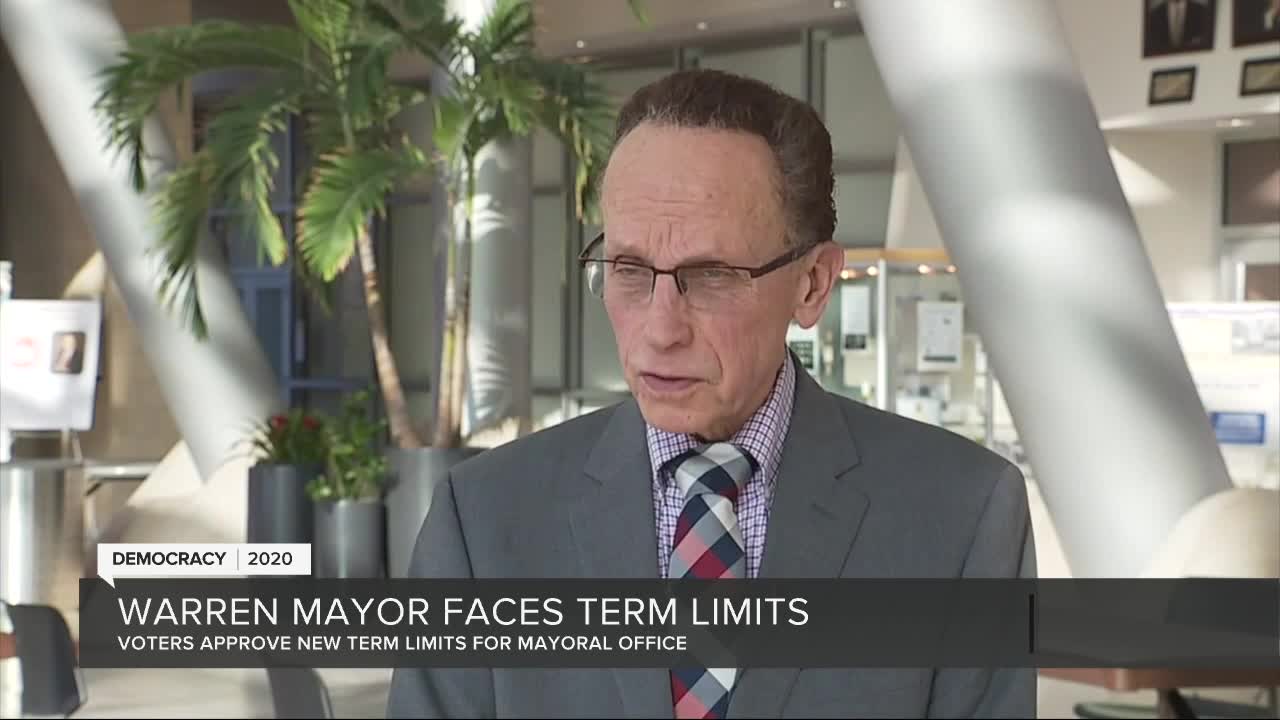 WARREN, MI — Warren Mayor Jim Fouts is serving what will likely be his final term, after an overwhelming majority of voters approved a change in term limits for the office.

Fouts talked exclusively with 7 Action News Wednesday about the result.

“Number one, I’m not surprised by it. It was a very confusing ballot question.

Nearly 68% of voters approved of the proposal to shrink the term limit for Warren’s mayoral office, effectively squashing any reelection bid for the longtime mayor.

Proposal language:
City Charter Amendment A proposal to require the office of mayor to have the same term limits as the other city elected offices

PROPOSAL: Should the office of mayor have the same term limits as the other city elected offices, which is the greater of three (3) complete terms or twelve (12) years?

On Facebook, Mayor Fouts penned his opposition to the proposal that received more than a 22,000 vote margin.
Fouts says he does not take the result personally.

“Not at all. It deals with confusion and term limits. Voters had such a crowded, controversial ballot. Focusing on this was not at the top of their radar,” said Fouts.

“I don’t think there’s any city in Macomb County that has term limits, so it’s not very common but it was a device by city council to try and eliminate the competition.”

Fouts appears to be looking at other options for when his tenure is set to end in 2023.

“I’m exploring all options, legal and other things. And we’ll see what the future will hold, but I accept the voter’s decision yesterday and I believe that we’ll move forward.

Fouts declined to extrapolate what avenues he may be looking at.