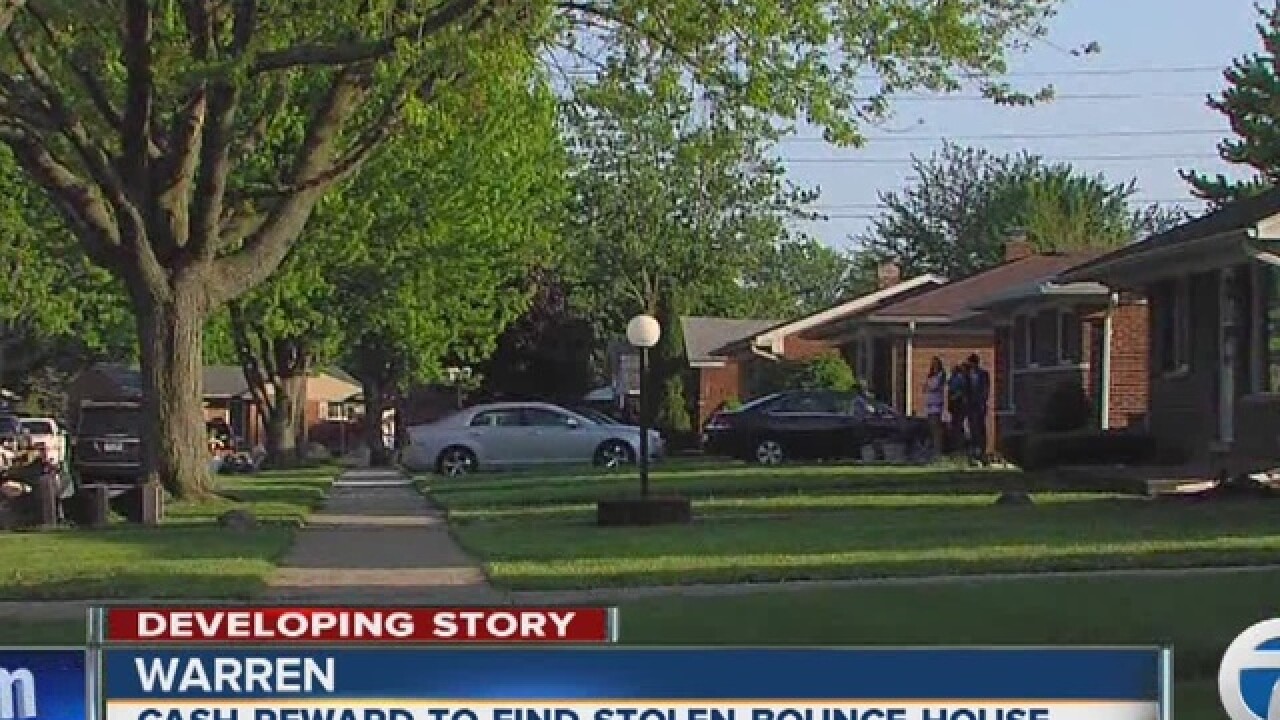 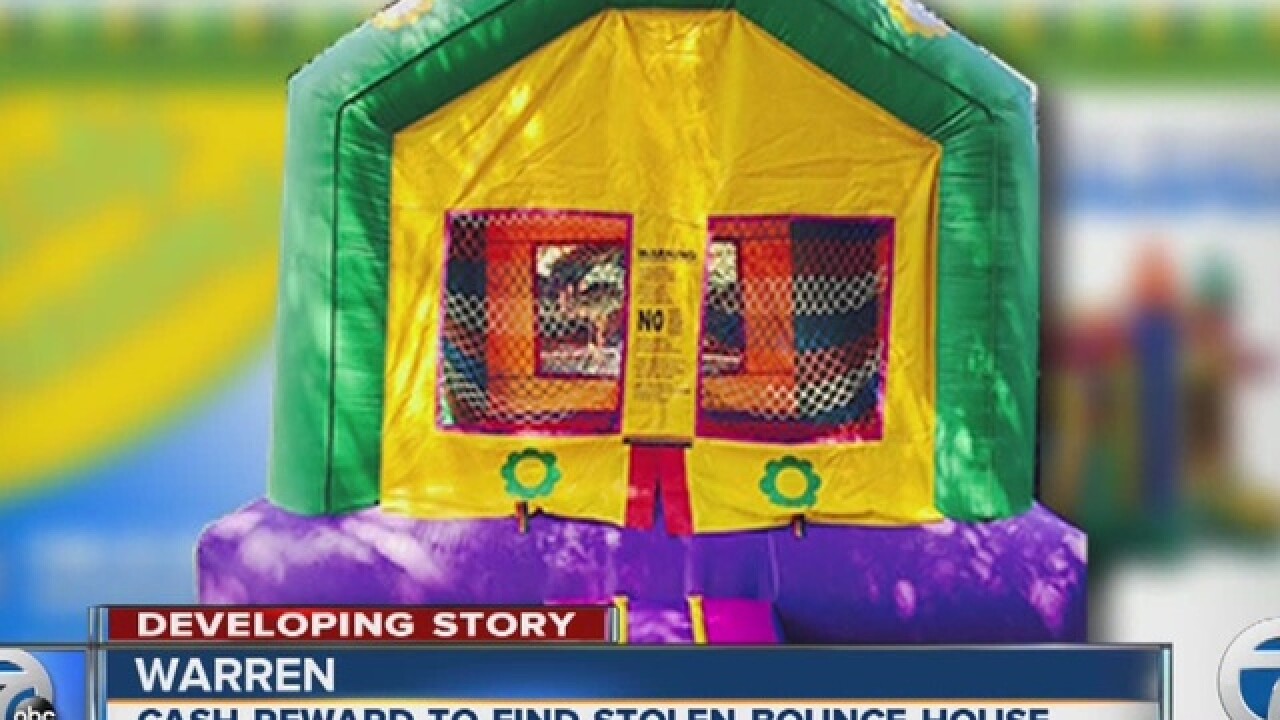 A party supplier in Warren is asking for public tips after finding one of its inflatable bounce houses stolen overnight.
Joe Davey told Action News his crews went to a house on Palomino Drive off 13 Mile Sunday morning to pick up a bounce house that was rented out for a party when they discovered it was stolen.
“The customer had last seen it at midnight and by 7 a.m., when they woke up, it was gone," Davey said. “I was a little shocked because this never happened to us," he added.
Bounce house rentals are a big part of Davey's five-year-old business, Party Dreams Rental. Davey's crews handle delivery, set-up, and pick-up. Davey said the thieves couldn't have been rookies to haul off the 200-pound inflatable, and he suspects they might have scouted out the area Saturday when the kids' party was in progress.
Davey said that particular bouncer is worth about $1,500, and it's a one-of-a-kind.
“It has flowers on the front of it that we hand-cut ourselves, we sewn on ourselves," he said. The bouncer was also reserved for several more parties in the weeks ahead, including a party next weekend.
Davey posted a picture of the stolen bouncer on his Facebook page, which has since been shared dozens of times. He also reported the theft to Warren police, but he said what he really wants is for the thieves to have a change of heart and return the bounce house.
“We need to come up with a quick replacement somehow. It's just sad that that’s the one that some kids wanted," Davey said.
Davey is offering a $500 cash reward for good tips and a $1,500 cash reward for any information leading to an arrest.
He's encouraging the public to call 248-688-4640, and he's encouraging the thieves to return the bounce house to Party Dreams Rental at 11705 E. 13 Mile in Warren.