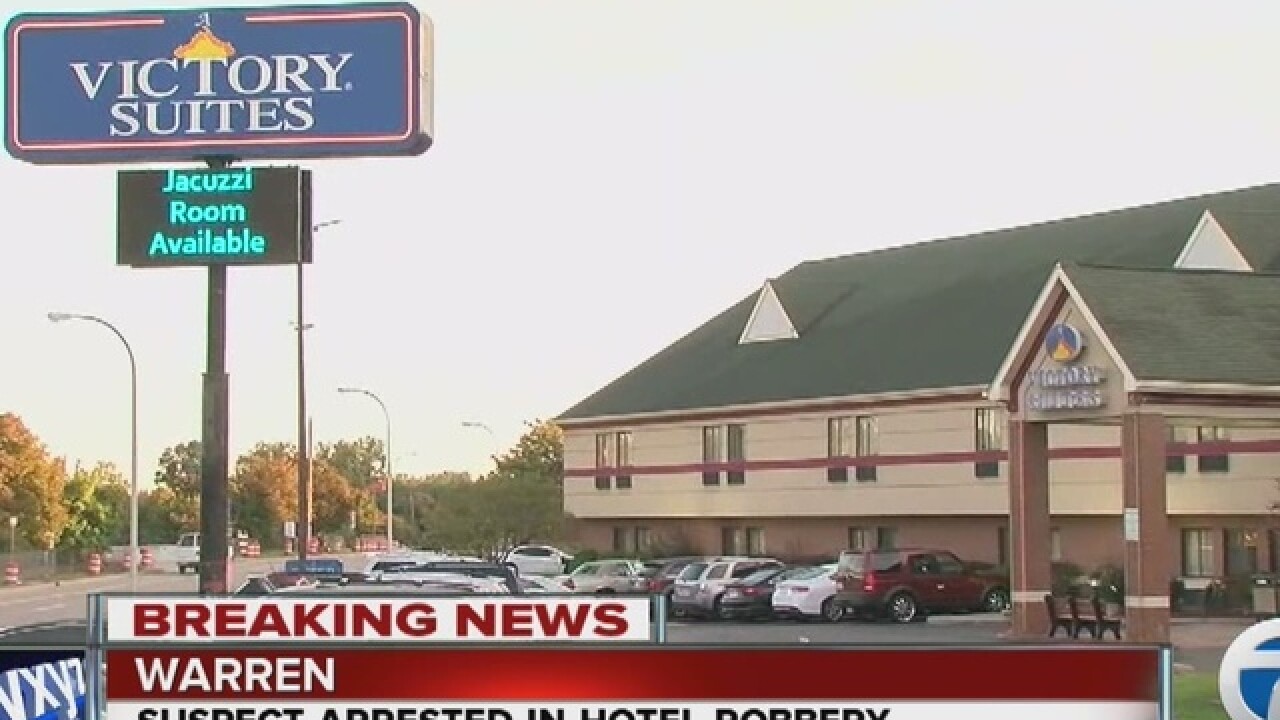 Surveillance video and a 911 call reveal the chaos that was going on at a Warren hotel as it was being robbed this morning.

It happened at Victory Suites on the I-696 service drive near Dequindre.

Sources say a woman walked into the hotel around 6 a.m. and showed her gun. She demanded money from the hotel clerk. When she grabbed the money, she put the gun down.

That's when the clerk grabbed the gun, but there was a struggle. He and the robber were wrestling on the ground. The gun went off and at least one bullet hit a wall. Thankfully, nobody was hit, but the gunfire didn't stop the clerk and crook from fighting.

The clerk was able to throw the gun down the hall and that's when a guest grabbed it and called 911.

Dispatcher: Who did they try to rob?

Caller: I don't know .. (inaudible) tried to rob the front desk. I don't know if it's a man or a woman. I really can't see. I just heard a gunshot go off.

Dispatcher: Ma'am was anyone shot?

The robber got away with some cash, but police arrested her a couple of hours later in Novi.

They went to the home of the gun's registered owner and then were able to track down the suspected robber. It's believed she is the girlfriend of the gun's owner.

The suspect is a 32 year-old woman from Eastpointe.

He says he had some trouble breathing and was taken the hospital.

He says he reached for the gun because he wanted to protect those at the hotel and get control of the situation.