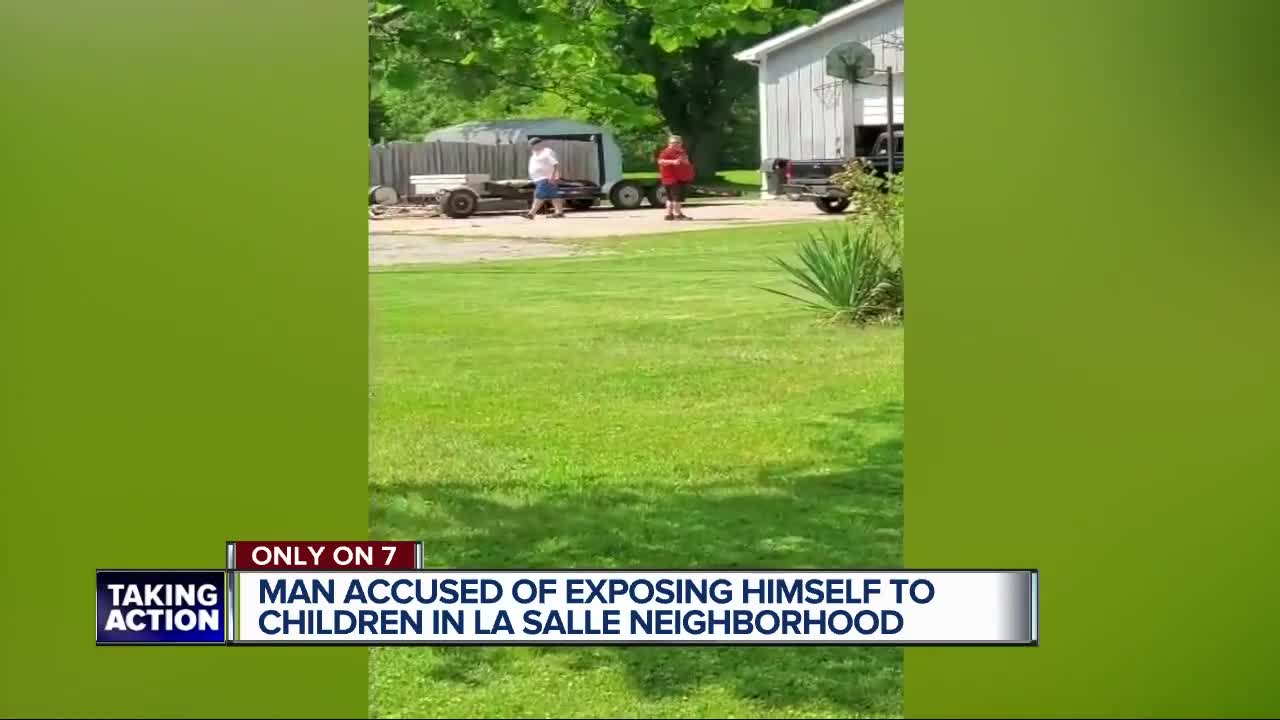 A man is facing a misdemeanor charge for allegedly exposing himself to children.

LA SALLE TOWNSHIP, Mich. (WXYZ) — What leads to an indecent exposure? The alleged victim in a case under investigation in Monroe County’s La Salle Township says, of all things, it was grass clippings.

Jeffrey Town-Campbell is the “man with a mower.”

He says as he mowed a lawn in the 2900 block of 2nd Street in La Salle, a neighbor became angry about grass clippings blowing.

“And then I looked up and he was standing there with a gun. I pointed at him and asked, are you threatening me? And he shakes his head yes. So I went and called 911,” said Town-Campbell.

He says the dispatcher told him to wait for police. As he waited, the neighbor’s son came outside. Town-Campbell says he started recording. You can see a man yelling and then he appears to undo his pants and expose himself.

“He exposes himself and there are kids right across the street,” said Town-Campbell.

WXYZ reached out to the family accused. The father refused to speak while recorded, but said he didn’t pull a gun. As for his son, he said his actions came in response allegedly to an obscene gesture.

Town-Campbell called 7 Action news because he believes police should have arrested this man after seeing the video.

“Showing himself, with kids a few feet away… they’re dangerous,” he said of the father and son he had the confrontation with.

WXYZ spoke to Michigan State Police. They say investigators spoke to the children’s mother, who said they did not see what happened. The man was not arrested because indecent exposure is a misdemeanor. The prosecutor will now decide whether there will be charges.