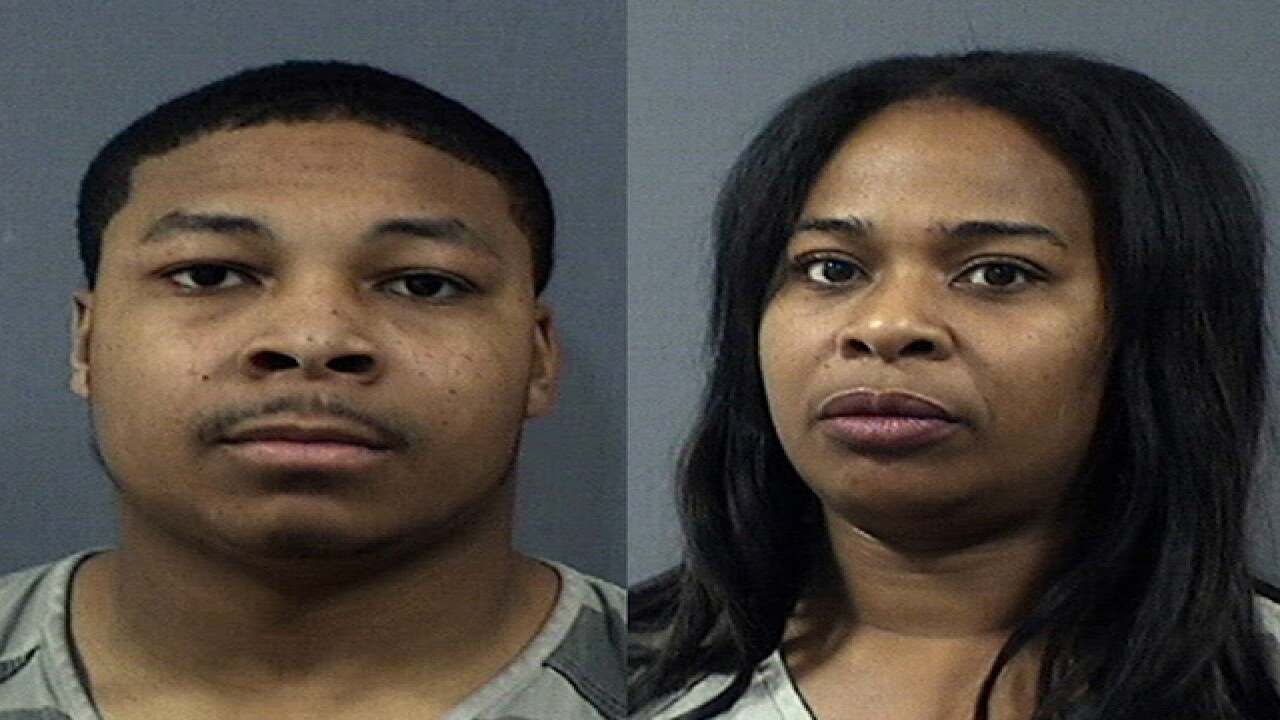 A mother and son are facing charges they tried to have witnesses killed in connection to a Monroe County narcotics investigation.

Forty-three-year-old Lakeisha Goodwin of Romulus and 26-year-old Jontele Goodwin of Monroe County have both been charged with Solicitation to Commit Murder and Witness Intimidation.

Police say the charges relate to an April tip by an informant who told Michigan State Police that Jontele Goodwin had asked him to kill three people who he believed to be responsible for his arrest on narcotics charges by detectives with the Monroe Area Narcotics Team and Investigation Service.

"That infomant prevented probably 3 homicides and we protected one of our own as well,” said First Lt. Tony Cuevas of MSP’s Monroe Post.

Officers say Jontele and the informant were locked up in the Macomb County Jail at the time Jontele talked about having the witnesses killed.

According to Michigan State Police, a conversation between Jontele and the informant was recorded. During that meeting, police say, Jontele offered the informant $2,500 to murder the three people.

Police also say that after the informant was released from the Monroe County Jail, Jontele gave him his mother's contact information in order to facilitate the murders.

"The detectives worked with our informant to meet with the mother and record conversations with Mrs. Goodwin and our informant,” said Cuevas.

In those recorded conversations, police say Lakeisha Goodwin encouraged the murders and offered advice on how to carry them out.

”If her goal was to help her son, she did the exact opposite, and she put her own liberty in jeopardy as well. Both of them are looking at life felonies, if they're convicted it's punishable by life in prison,” said Cuevas.

Investigators say Lakeisha Goodwin gave the informant narcotics as a down payment for the murders and offered the informant a ride to the airport after they were carried out.

"Not only was she actively involved in this case, she provided the means and she was going to provide the payment and once the murders were complete she was going to get our informant out of the country via the airport,” said Cuevas.

The Goodwins were arraigned on the charges on Tuesday.