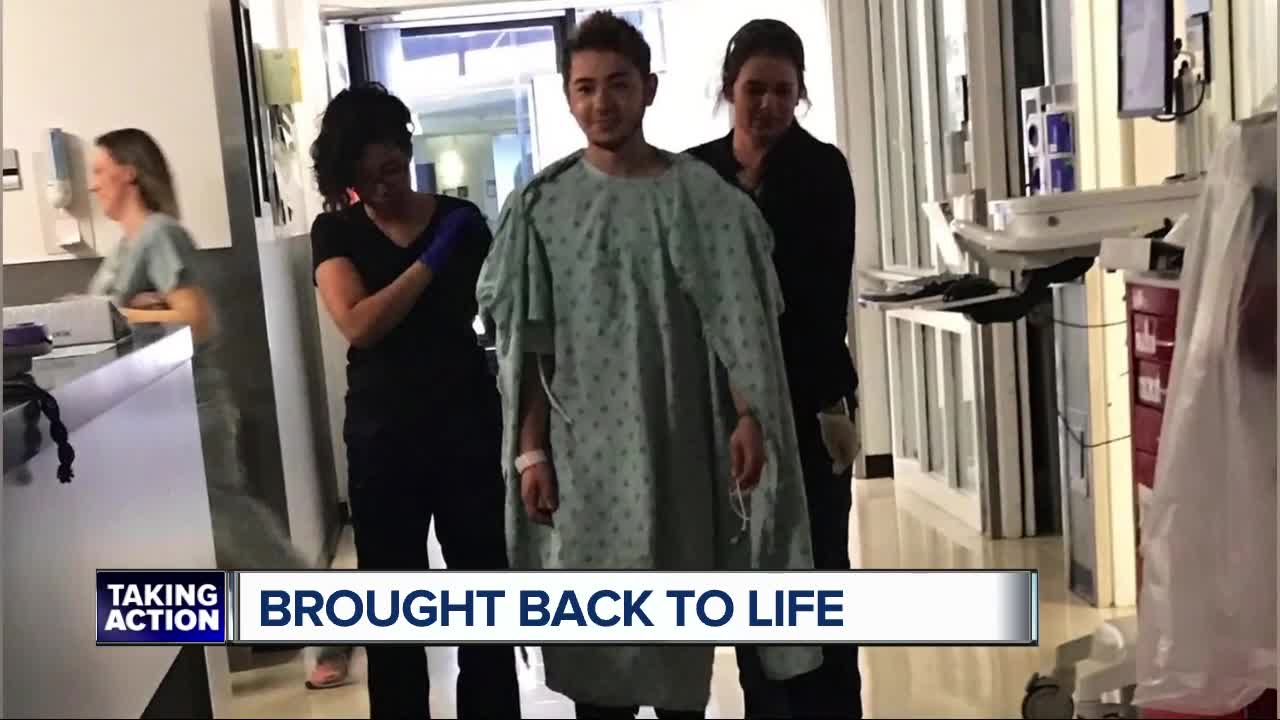 The Taylor man was electrocuted back in April while working with his father on a siding job in Livonia. His metal ladder came in contact with a live wire.

“I remember my arms just locking up and 'ZZZZZZ' and then just nothing," Pruitt told 7 Action News.

In most cases, the thousands of volts of electricity would have been lethal. The people on scene knew CPR, and kept at it while they waited for first responders to arrive.

Pruitt was brought to Beaumont Hospital in Farmington Hills, a Level 2 Emergency and Trauma Center.

“You get this 20-year-old lifeless body that is perfect coming into the ER and it doesn’t matter what you think should happen at that point. You just are going to do everything you can," said Dr. Angel Chudler, emergency room attending physician at Beaumont.

Despite a full 20 minutes with no pulse, Pruitt's team of doctors and nurses refused to let him go. They used electric shock to save him, by bringing his heart back into a normal rhythm.

"It doesn’t matter what you think should happen at that point. You just are going to do everything you can," says Dr. Angel Chudler of @BeaumontHealth Farmington Hills. She's one of the physicians who brought a 20-year-old back to life, after 20 minutes without a heart beat. pic.twitter.com/x0DFenvL7F

"We upped the joules a bit. And you could just feel and see on the monitor that his heart rate was starting to come back," Dr. Chudler told 7 Action News.

Pruitt, who spent five days in the hospital recovering, feels like he’s got some sort of super powers now.

His doctors said he demonstrated Hulk-like strength when he first woke up; a welcome sign of life.

“All of sudden he’s just pulling at all of his tubes. And we saw all of his limbs moving which was really a good sign for us. And I kept telling his mom like trust me, this is a good sign, we’re happy about this.”

Pruitt's doctors, who usually don’t get a chance to follow-up with the people they save, recently reunited with him.

The 20-year-old is now fully recovered and back to work.