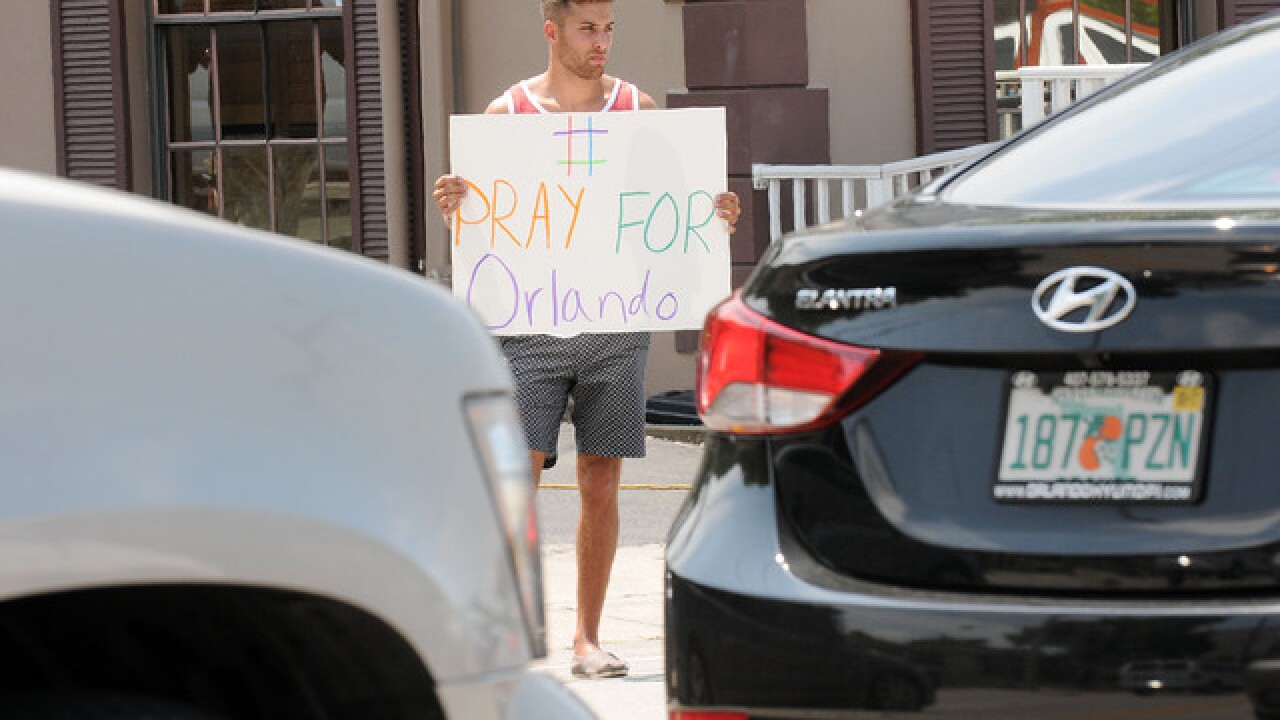 Gerardo Mora
<p>ORLANDO, FLORIDA - JUNE 12: A man holds a sign in support of the victims of the terror attack at gay nightclub Pulse on June 12, 2016 in Orlando, Florida. The suspected shooter, Omar Mateen, was shot and killed by police. 50 people are reported dead and 53 were injured in what is now the worst mass shooting in U.S. history. (Photo by Gerardo Mora/Getty Images)</p> Dozens of people attended a candlelight vigil on Sunday night in honor of the victims of the mass shooting in Orlando.

The hearts of the people of Ferndale stand in solidarity with the people of Orlando and the entire LGBTQAI family," Ferndale Pride Chair Julia Music said in a release.

A gunman opened fire inside a crowded gay nightclub early Sunday morning, killing at least 50 people and injuring 53 more, most of whom are in critical condition.

Authorities were investigating the attack on the Florida dance hall as an act of terrorism. The gunman's father recalled that his son recently got angry when he saw two men kissing in Miami and said that might be related to the assault.

"It made me so afraid for all the people, especially young children imagining the world being a place you can come out, that you can be safe. You've seen such an advancement in our civil rights and this is just shoving people right back into the closet," Alex Eggertsen said.

On top of the vigil, LGBT Detroit Founder Curtis Lipscomb joined dozens in signing messages of condolences and love on a makeshift tent at the Motor City Pride Festival.