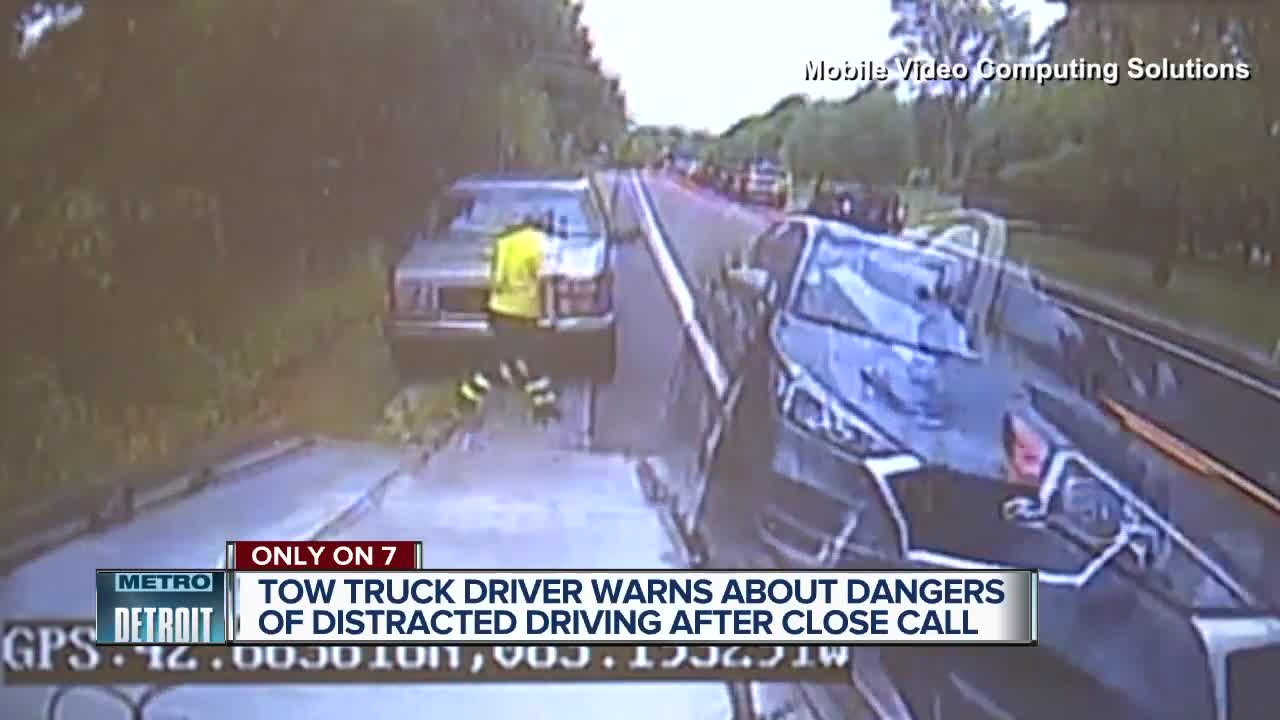 A local tow truck driver is counting his blessings after a frighteningly close call at work.

ROCHESTER HILLS, Mich. (WXYZ) — A local tow truck driver is counting his blessings after a frighteningly close call at work.

On Monday around 4:00 pm, Dawson Voorhis was in the process of towing a vehicle along South Adams in Rochester Hills.

All of a sudden, an SUV crossed the white line and just missed hitting him by about 2 feet. The SUV hit the bed of the tow truck, went airborne and flipped a few times.

Remarkably, nobody was hurt.

"I just remember the sound. When I looked and saw the car rolling. It looked like it was in slow motion," he says.

Voorhis says he was startled, but went right away over to the driver of the SUV.

"I yelled, are you okay? Get out of the vehicle, basically, because what the vehicle shape was, if it was smoking underneath, if it was going to catch fire. He got out and told me, I'm looking for my phone. He was perfectly fine, I didn't see any injuries," says Voorhis.

The Oakland County Sheriff's Office says the SUV driver later told them that he was looking down at the radio when he veered over the white line. That driver was ticketed for careless driving.

Donnie Hudson, co-owner of Troy Auto Care, is Voorhis' boss. He's grateful nobody was hurt and says Voorhis took all the right precautions.

He says their vehicles all have multiple cameras on them from Mobile Video Computing Solutions.

"He did all the right things," says Hudson.

Voorhis wants to remind everyone to slow down and move over.

"If you see a tow truck, a firefighter, police, EMS. it's the law in Michigan. It's to protect everyone. We all have families to get home to," says Voorhis.