Couple accused of luring man to golf club for sex, then stabbing and robbing him 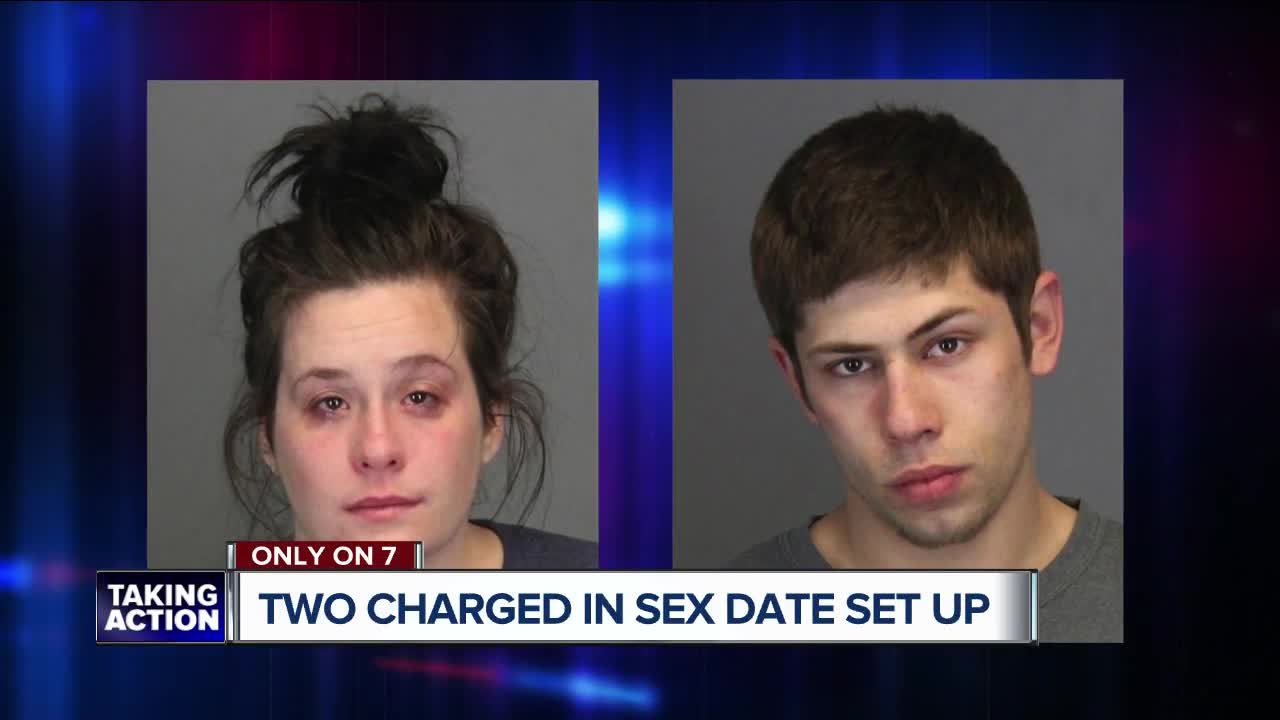 White Lake Township Police say a couple enticed a man to a golf club parking lot for sex, then they attacked him.

The call came in to 911 just after 2 a.m. on Thursday. A 49-year-old man said someone stabbed him numerous times in the Brentwood Golf and Country Club Parking lot. The club was closed at the time.

Police responded and found the man had been violently attacked, stabbed multiple times in the arm and abdomen.

Police say the man told them he went on the website meetme.com and connected with a woman who told him she wanted to have sex with him for cash here in the parking lot. He showed up with cash. The 25-year-old woman got in his truck, and then a 19-year-old man she came with suddenly broke his window, attacked him and stole the money.

A canine unit responded and helped police track the attackers to a house about an eighth of a mile away. Now Hailey Ledgley and Matthew Wagner are both in the Oakland County Jail charged with assault with intent to murder and armed robbery.

It turns out police say they were staying with one of their grandparents who lives in the luxurious golf community. Police have extensive amounts of evidence including surveillance video and text messages. Their bond has been set at $200,000 no ten percent.