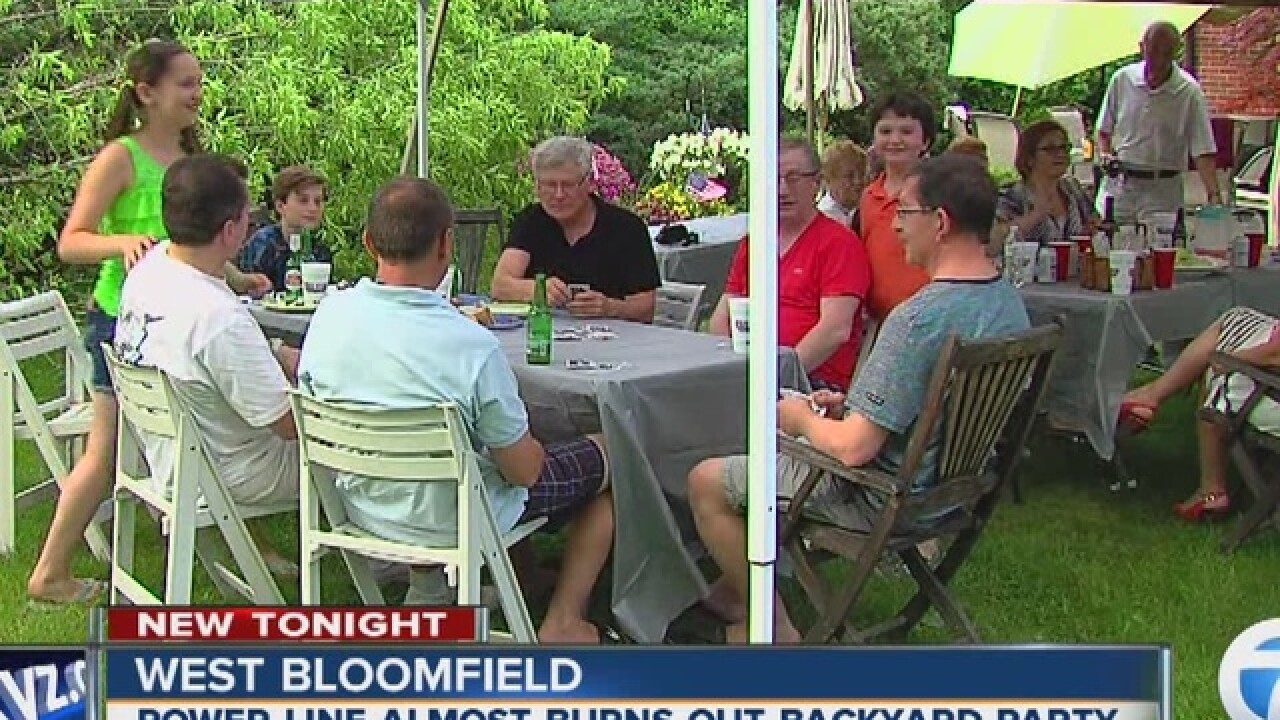 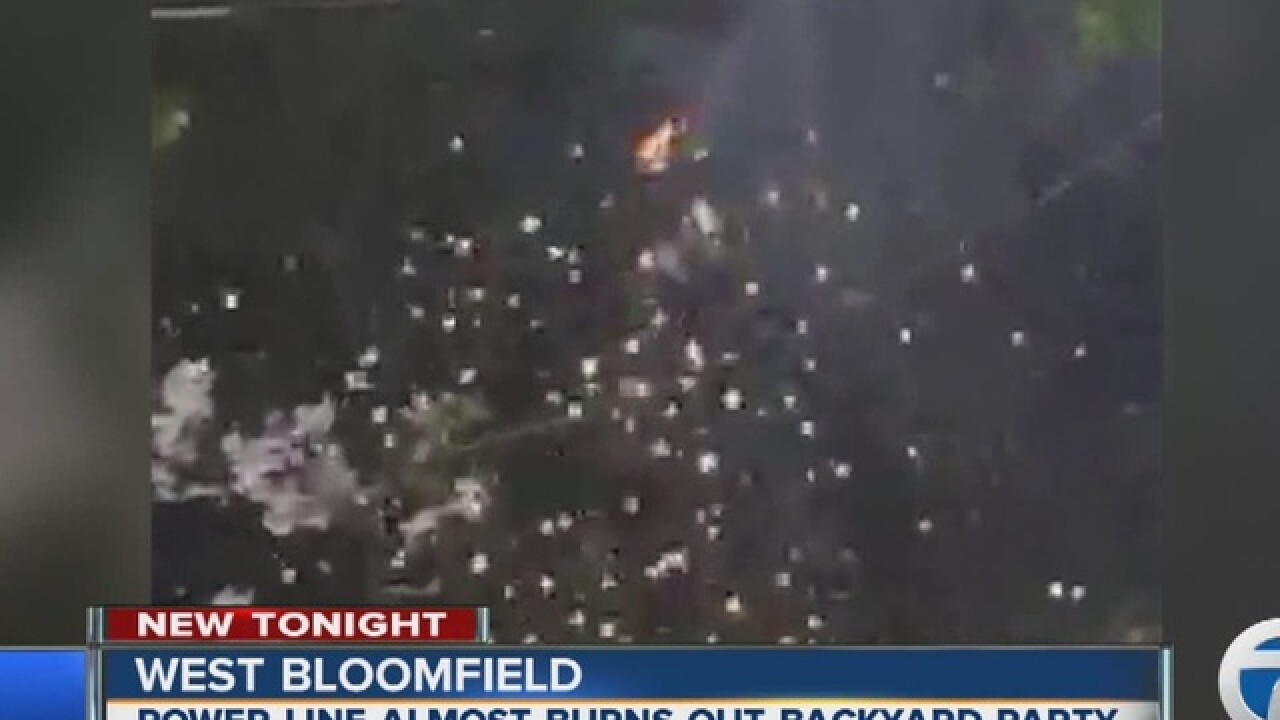 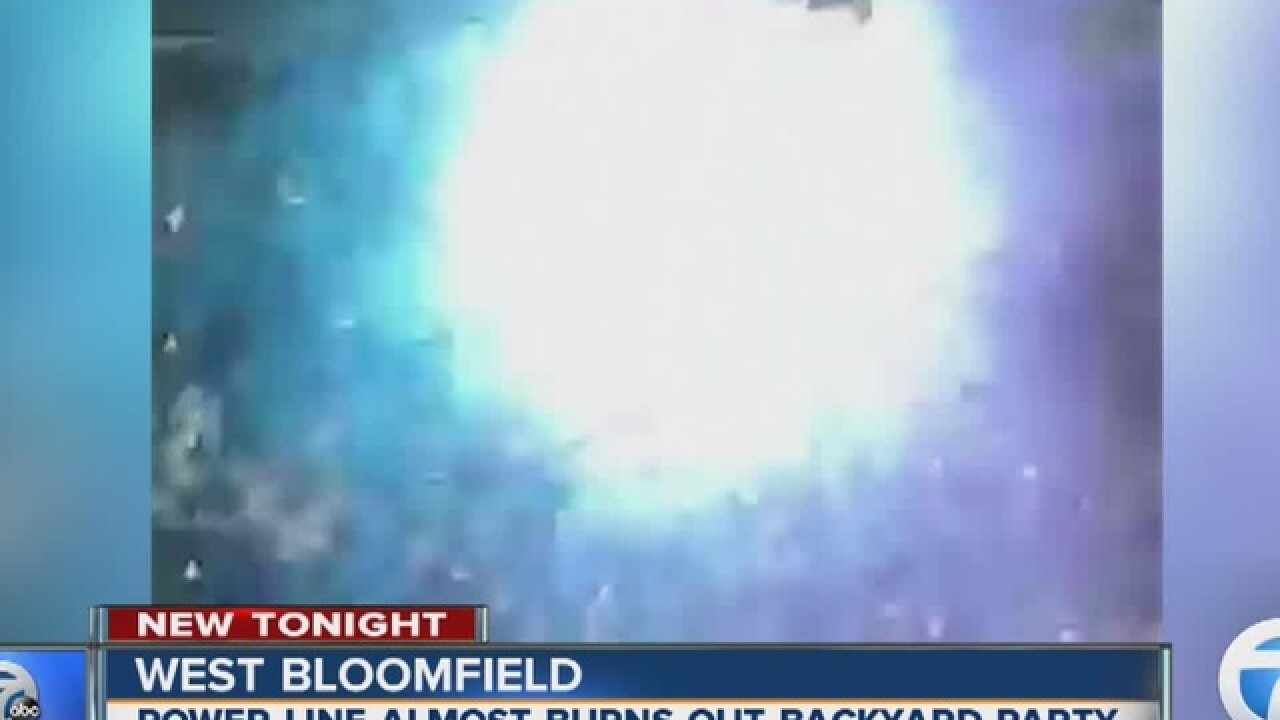 Strong storms threatened to wash out backyard barbecue plans across the metro area this weekend, but one West Bloomfield family says the rain may have actually saved their party.

Susana Vaysenberg and her husband were hosting their annual Memorial Day weekend party at their home on Beverly Crest Sunday evening when a power line toward the back of their yard began to spark furiously.

"It was like a private firework but it was much, much scarier. Much much scarier," Vaysenberg said. It happened around 6 p.m., after rains moved through the area.

Vaysenberg's grandchildren pulled out their phones to record video as the fire department arrived to tape off the area.

Vaysenberg said the same wire caught fire Thursday night and fell down on her trees, burning off several branches.

Crews came out then to reconnect the wire. She said it was a good thing the trees and brush were already wet because the dampness prevented sparks from spreading and from ruining her family get-together.

"We wouldn't cancel for the world. It's the best time. It's Memorial Day, you know, and we have a lot to remember," Vaysenberg said.

DTE said crews are scheduled to come to the house Sunday night.