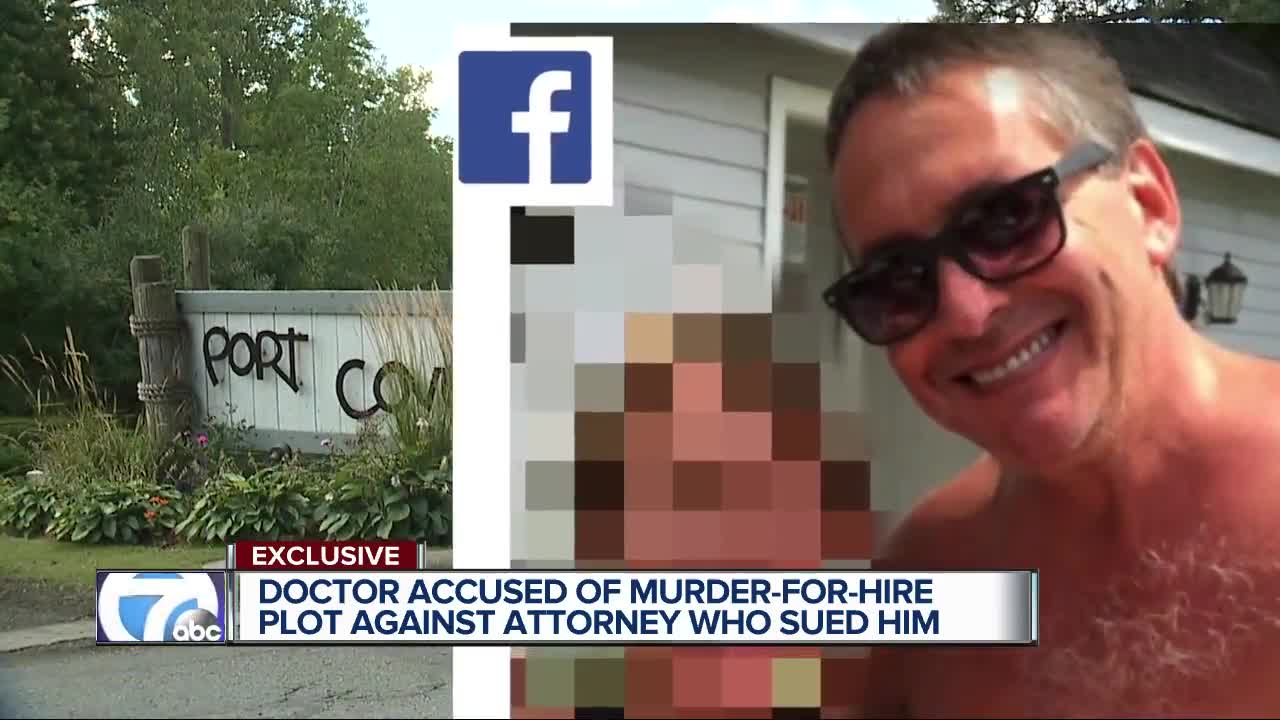 PONTIAC, Mich. (WXYZ) — Wednesday morning in Oakland County Circuit Court Attorney Mike McCulloch told a judge in a rather routine case that he was the target of a murder-for-hire plot by the man who he had sued to collect $60,000.

Doctor Daniel Schwarz is now in federal custody and the feds say he cooperated after his arrest. The case is detailed in federal court documents.

Doctor Schwarz for now is charged with conspiracy and attempt to possess with the intent to distribute a controlled substance. More charges are expected.

It sounds like a James Bond movie. The doctor runs pain clinics outside of metro Detroit including in Lima, Ohio. He talked with a female patient to poison McCulloch with the powerful drug Fentanyl.

One of the ways Mike McCullough was to be killed was poisoning in what's called a "brush pass" with the powerful drug Fentanyl that was easily obtained by Dr. Daniel Schwarz who is now in federal custody. @wxyzdetroit 6pm. https://t.co/5orQX2YEtv pic.twitter.com/mt31bGdPQ2

“Said she had been groomed and recruited to put out a hit on me," McCulloch said in court. "It would be brushed on my skin and I would suffer death.”

The woman called police in Lima who called the FBI. The case moved to Toledo where she worked undercover with the feds to secretly record the doctor. At one point he told her to buy a gun with a silencer.

“I couldn’t believe it. I’ve been a lawyer for 35 years and I’ve never run into people like this,” McCullough told 7 Action News outside of court.

Dr. Schwarz also runs a pain clinic in Keego Harbor but he remains in federal custody. The feds say he also plotted to hire a hitman and pay him $10,000 to kill McCulloch.

It was in the middle of the night on Friday that the feds woke up McCulloch to tell him he was in danger.

“One moment I’ll always remember, (it) is 4 o’clock in the morning, the FBI crawling under my car looking for a GPS tracker or some kind of suspicious device," McCulloch said. "I will tell you though, I am looking forward to retirement!”

McCulloch says the FBI and the local police have done a great job.

The case continues to develop.

Editor's note, an earlier version of this story showed a mispelling of McCulloch's last name. It has since been corrected.