'Don't do it' Burned teen warns about fire challenge 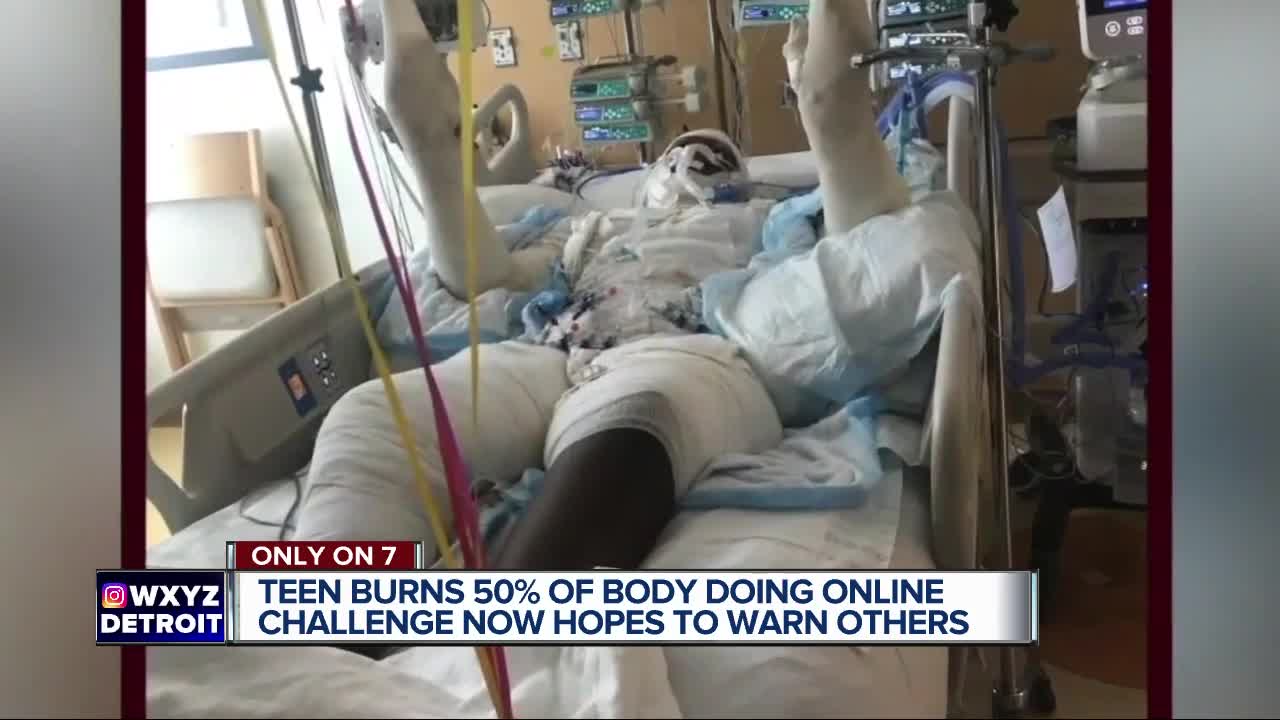 A Southfield teen is sharing her terrifying story after her body was covered in flames. 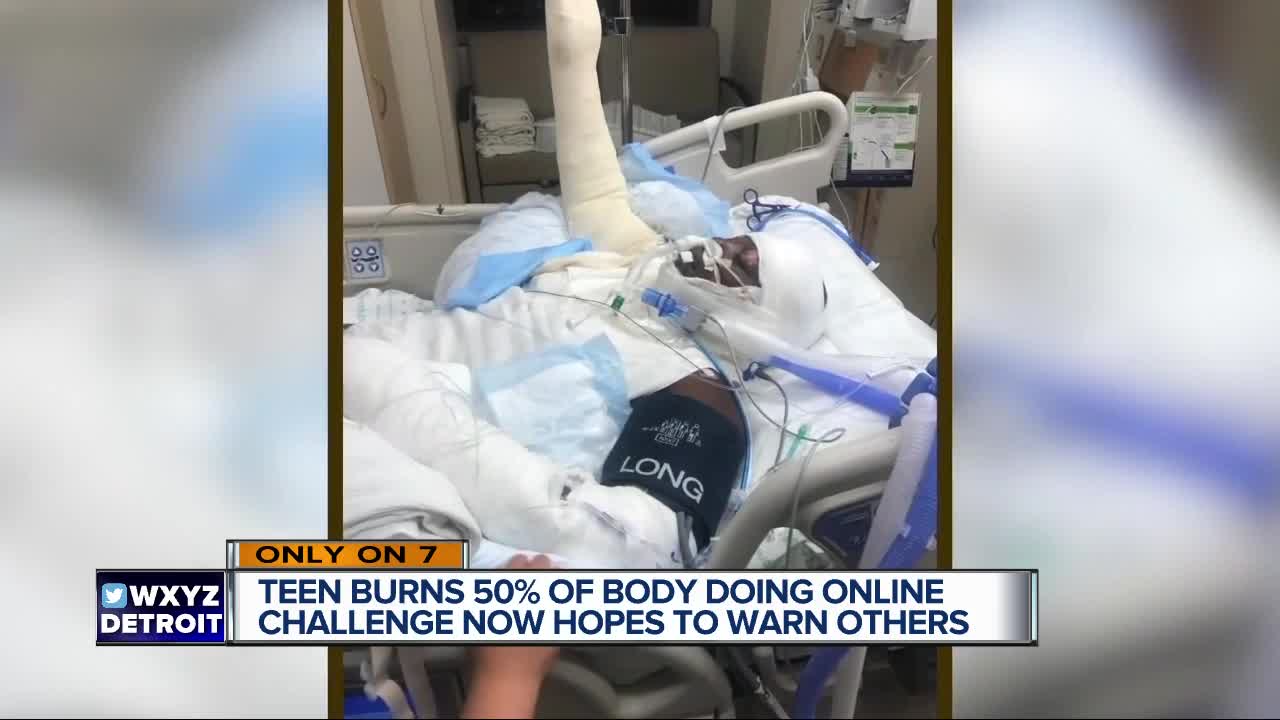 SOUTHFIELD, Mich. (WXYZ) — A Southfield teen is sharing her terrifying story after her body was covered in flames.

Miyah Landers, 13, was rushed to a hospital back in August for burns to several limbs of her body including to her entire back.

The teen said she did the Fire Challenge with friends at her home after seeing it online.

It's a disturbing challenge when a person uses a flammable liquid to set them self on fire. Typically, with water nearby.

Landers said, a friend tried it and accidentally set her on fire. Landers' mother, Brandi Sholar said, she had to extinguish the flames from her daughter's entire body.

"I was scared. I was terrified that I was about to lose my daughter," Sholar said. "It was so much fire and all she was doing was crying."

Landers said, she spent two months bed bound in a hospital in a body suit of bandages. The experience changed her life.

Landers said, she wants to advocate for other burn survivors and is in process of putting together care packages with inspirational quotes for burn victims.

"I feel obligated to," Landers said. "I've been through it so i feel like i need to help.

If you would like to support Miyah's care packages: GoFundMe Page