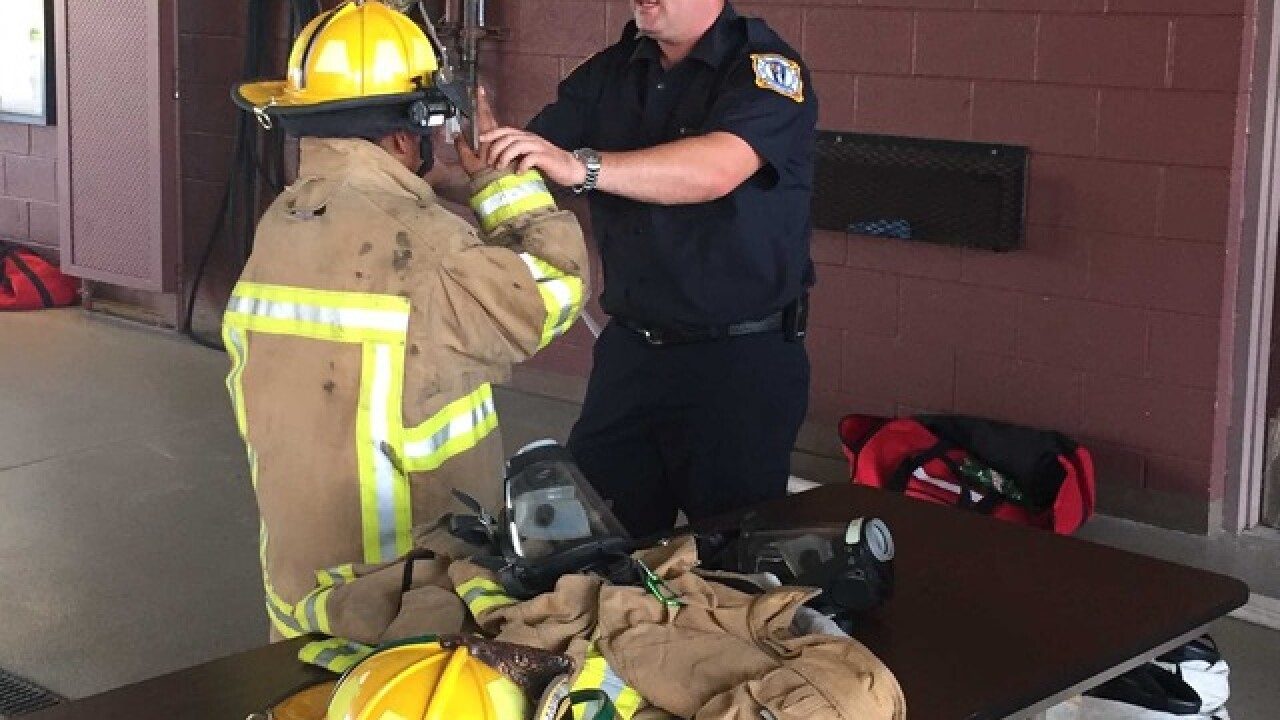 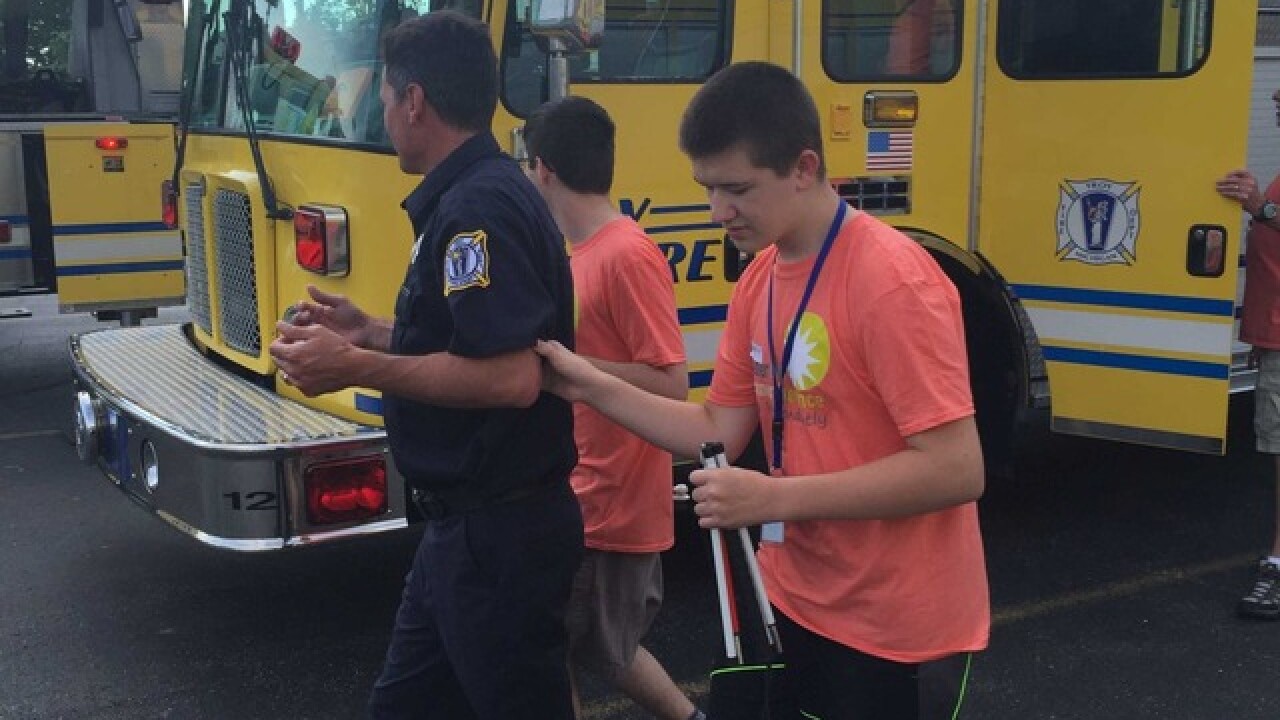 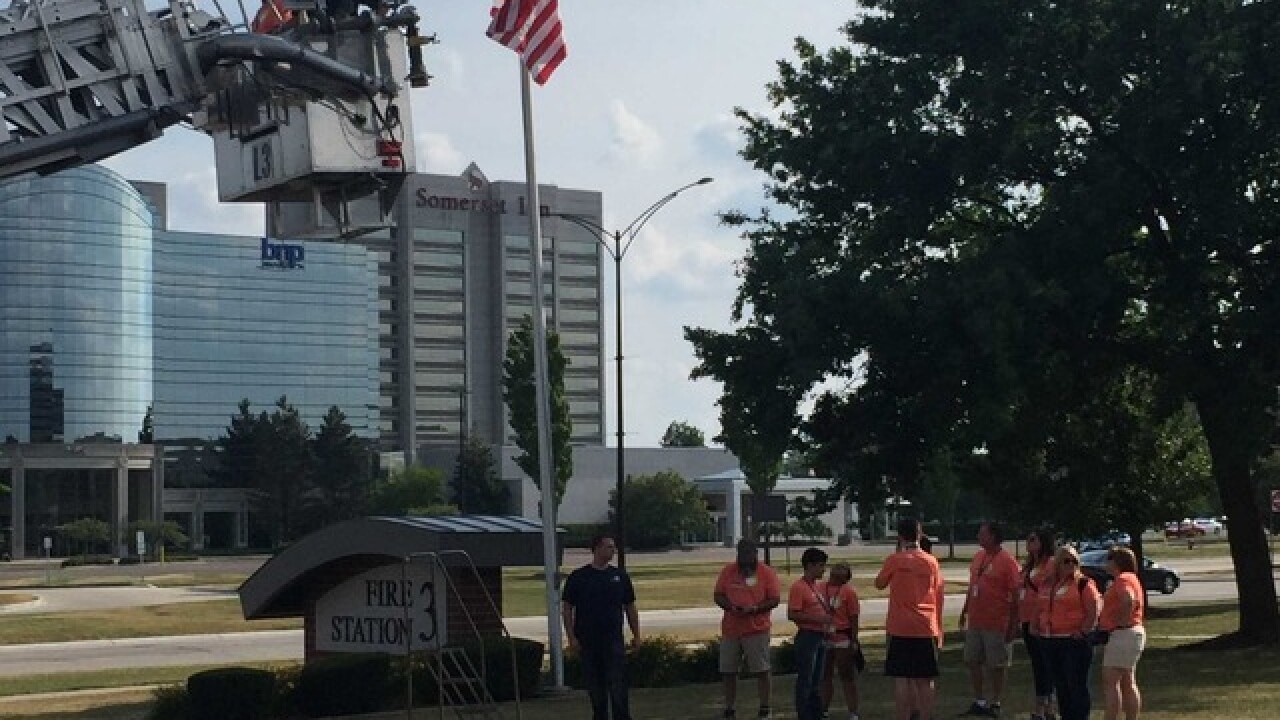 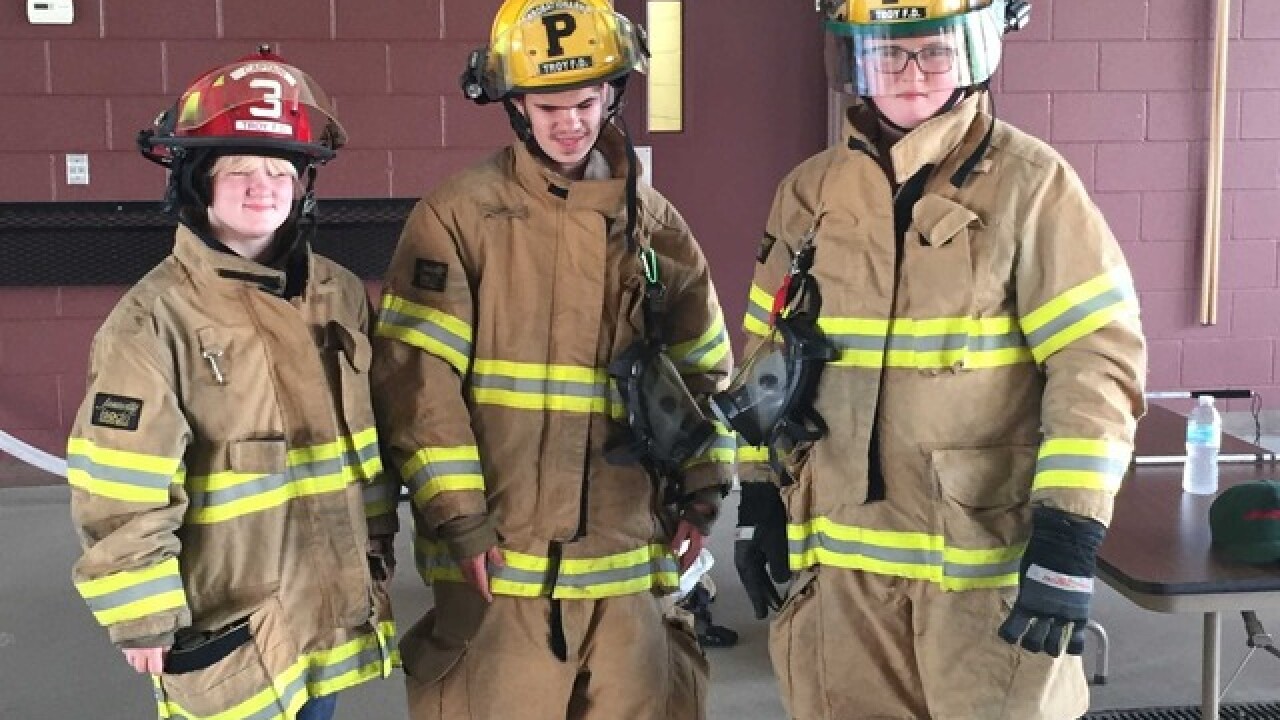 The Troy Fire Department welcomed dozens of teen campers from Leader Dogs for the Blind at Station No. 3 on Saturday to give the campers a taste of what life is like at the fire station.

According to the city of Troy, 24 campers, between the ages of 16 and 17, came to the station. The goal, according to the city, is to "give them exposure to the fire department and available services for which they may not be able to experience until there is an emergency."

The campers suffer from a wide range of vision loss, but were able to get rides in the fire engine, a ride in the 100-foot ladder truck, try on firefighter's clothing and had the chance to flow water from a hose.

When asked what their top two events of the afternoon were, the campers said the ladder rides and the ride in the fire engine were the best.