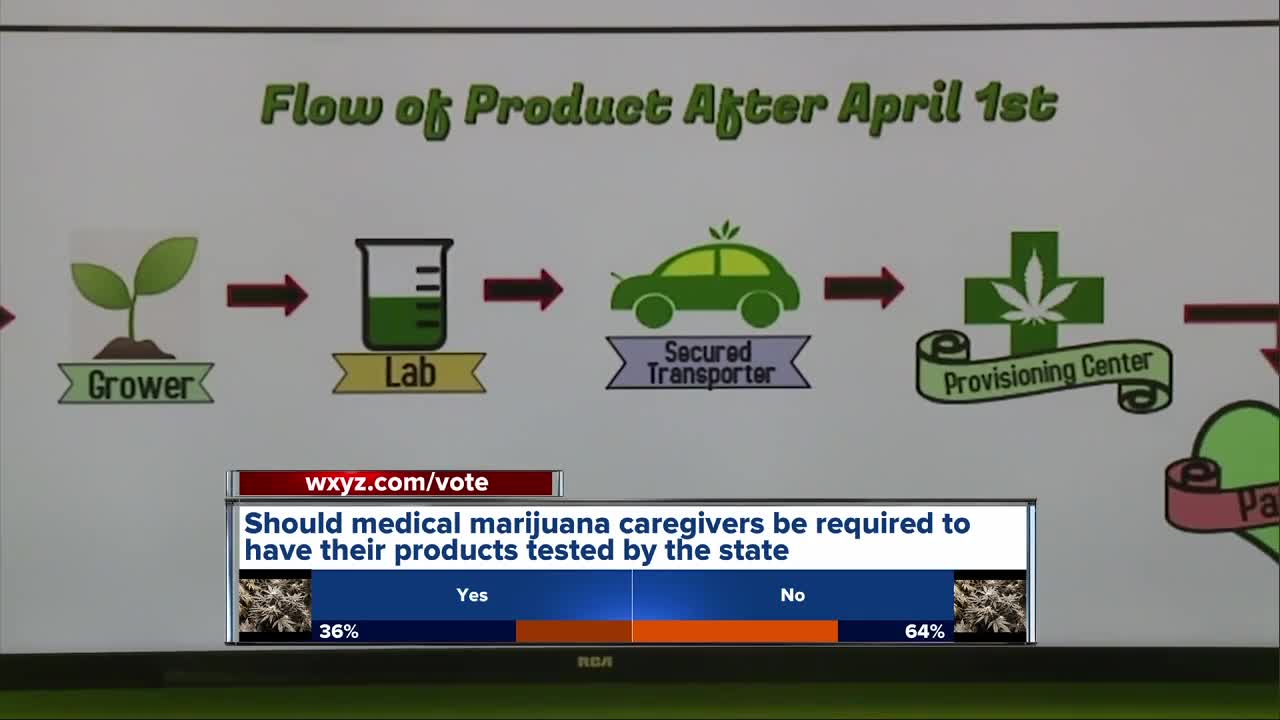 The state of Michigan is holding off on new requirements that would mandate testing of medical marijuana product.

The event was held at The Greenhouse, and called on the state to extend a deadline pertaining to testing requirements for caregiver products.

Starting April 1, LARA planned to require all medical marijuana product, including that grown by caregivers, to go through a licensed grower and processor for testing prior to sale.

Protesters argued that would cause prices to go up, and effect supply. Many sported shirts that read "patients over profits" during the rally.

That deadline was never enforced; now, many in the medical marijuana industry are hoping the deadline will be extended through the end of this year.

A judge will hear this very issue Thursday in Lansing.

Stevie Cuttitta was the rally Wednesday. Her young son relies on medical marijuana for side effects of his Autism Spectrum Disorder.

“He bites to the point where his hand is bleeding. And he beats his head to the point that he has bruises that he has to wear a helmet. And when you see your child doing that, it’s the most horrible feeling in the world," she said.

Marijuana helps her son, but now she's worried about access to the medicine he needs if these new regulations are put in place.

Michelle Donovan is an attorney for The Curing Corner, a dispensary in River Rouge that filed a suit against LARA to extend the deadline.

“There’s only four licensed facilities to test the products," Donovan said. She fears a sort of bottle neck effect will occur if this new regulation is rolled out.

7 Action News heard from caregivers at the rally, who said this new rule simply adds a middle man to a system that worked fine for years.

A spokesperson for LARA said until a judge decides on this issue, it will maintain the status-quo and not enforce the April 1 deadline.