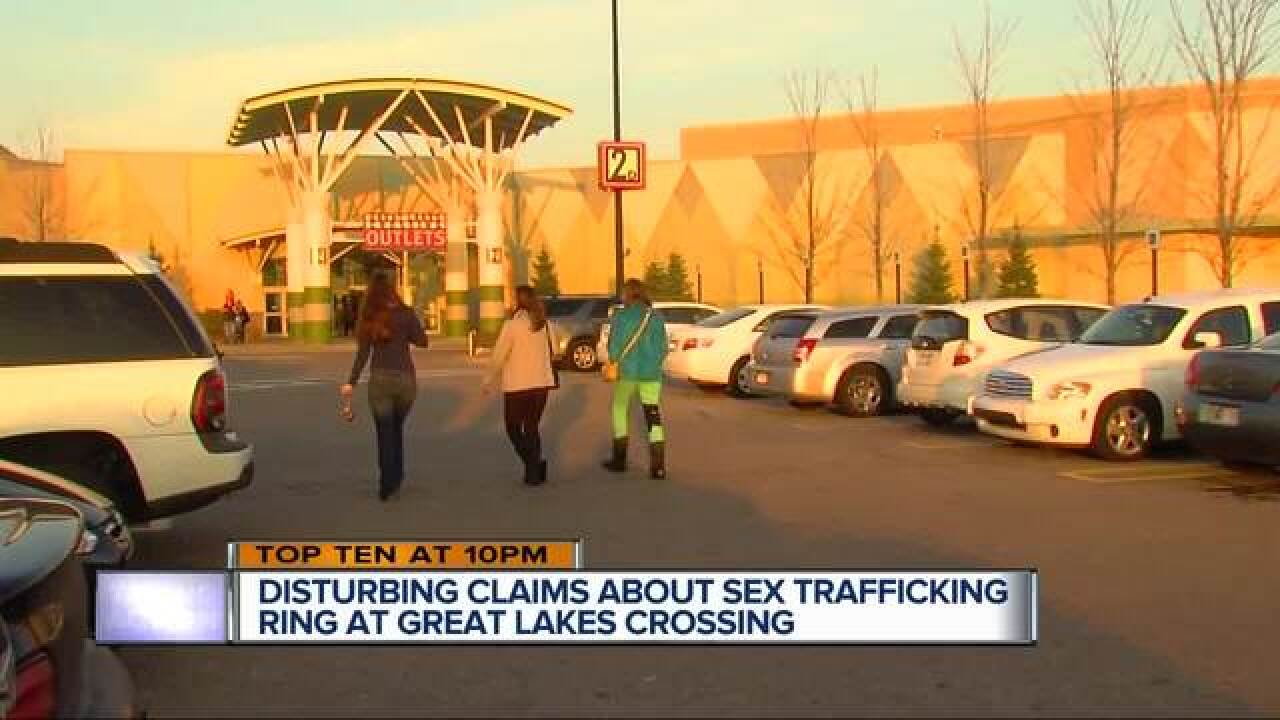 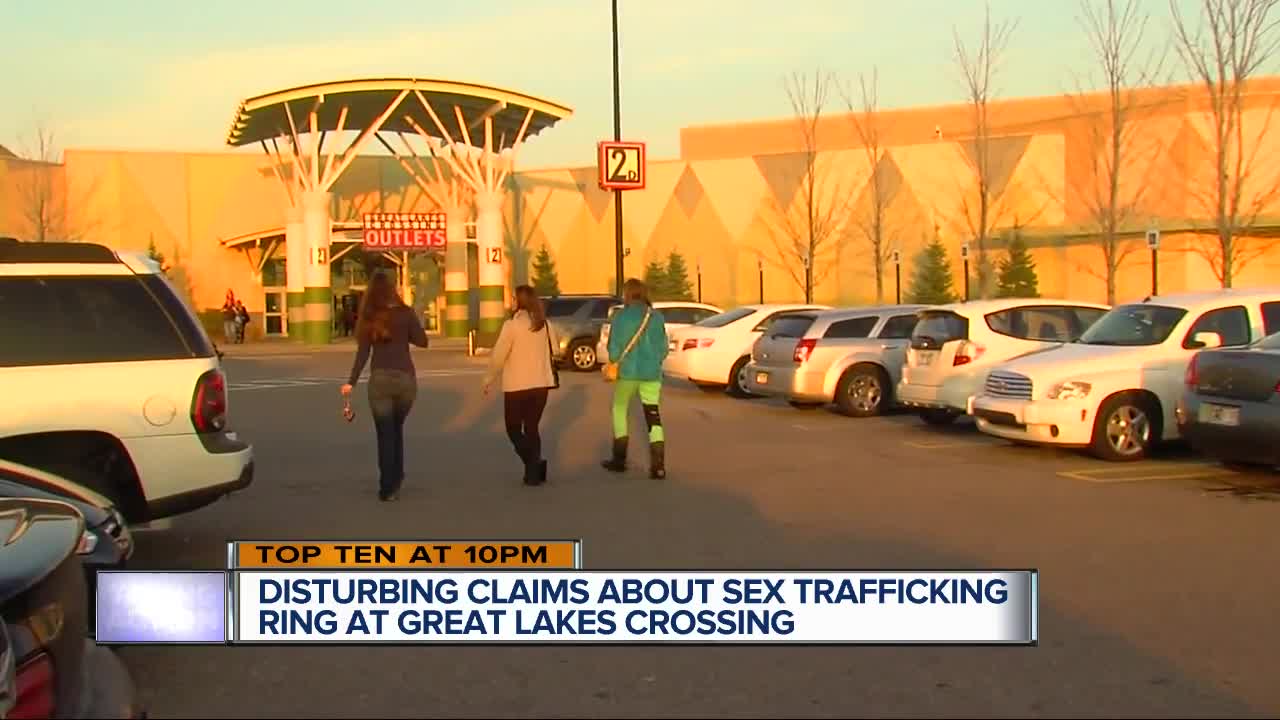 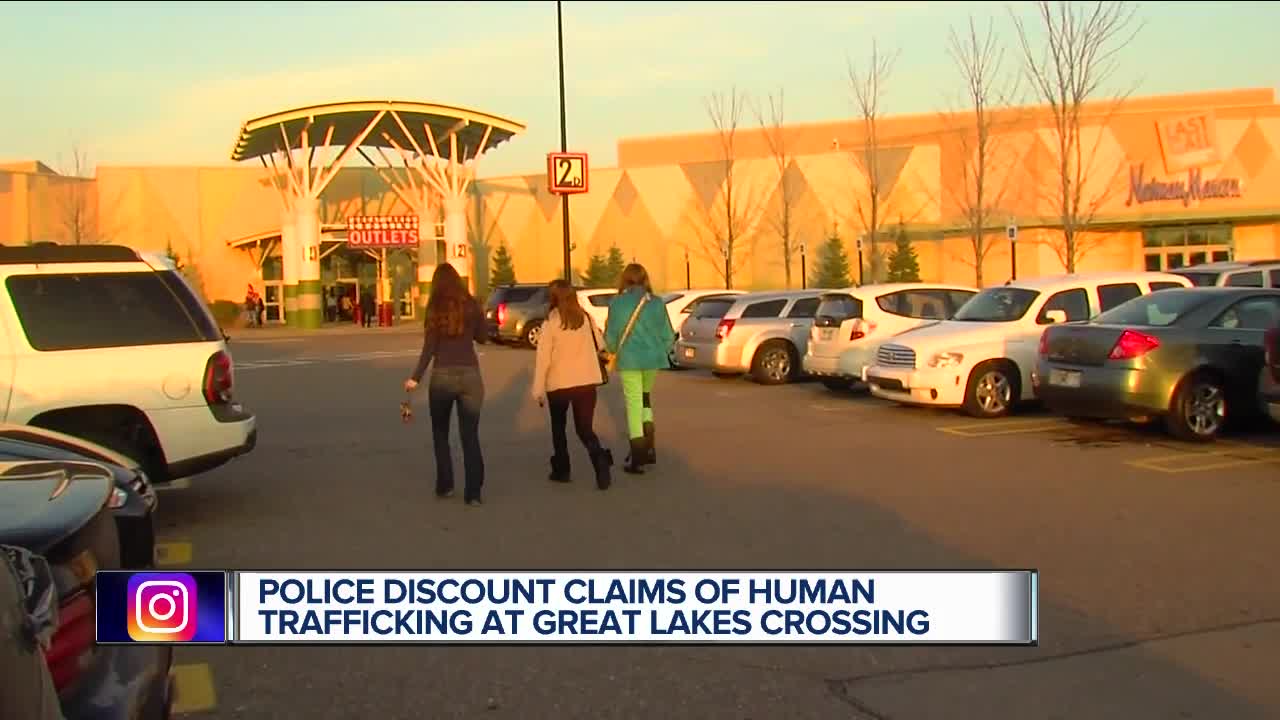 Auburn Hills police are responding to a disturbing Facebook post in which a woman reacts to rumors of human trafficking at Great Lakes Crossing.

That video has some on edge.

You can't believe everything you see or read on social media, so says a local police chief who says a video posted on Facebook is making a bad situation worse.

So says the unassuming mother in a video she posted on Facebook.

“I think she repeated things that she believed to be true at the time,”says Auburn Hills Police Chief Doreen Olko.

But the disturbing claims aren’t true. Neither is the public's belief that Auburn Hills police are engaged in a cover up to protect the mall.

“I've also found it insulting on behalf of our whole police department that someone would suggest that we are hushing it up,” says Olko.

Police sent investigators to the woman's home. She repeated the encounter she had with a man who held the door open for her and her 6-month-old son.

“He looks me up and down and starts talking about how incredible my body is,” she says in the video. “And all I could think was is this guy like trying or going to try to traffic me and (my son)?”

The trafficking fears have been spurred by rumors on social media. They've been so disruptive the Auburn Hills police chief took to her blog to denounce them.

"I'm a person who cares about facts and about truth, so that's why we respond to this and react to it," Olko says.

The chief says the video is an example of how important it is to use social media responsibly.

Because of the woman's earnest belief that the human trafficking rumors were based in fact, she is not being charged with a crime.

The Auburn Hills police chief says if parents are truly concerned about human trafficking they should keep an eye on their children's email and social media accounts - that's where the real danger lurks.