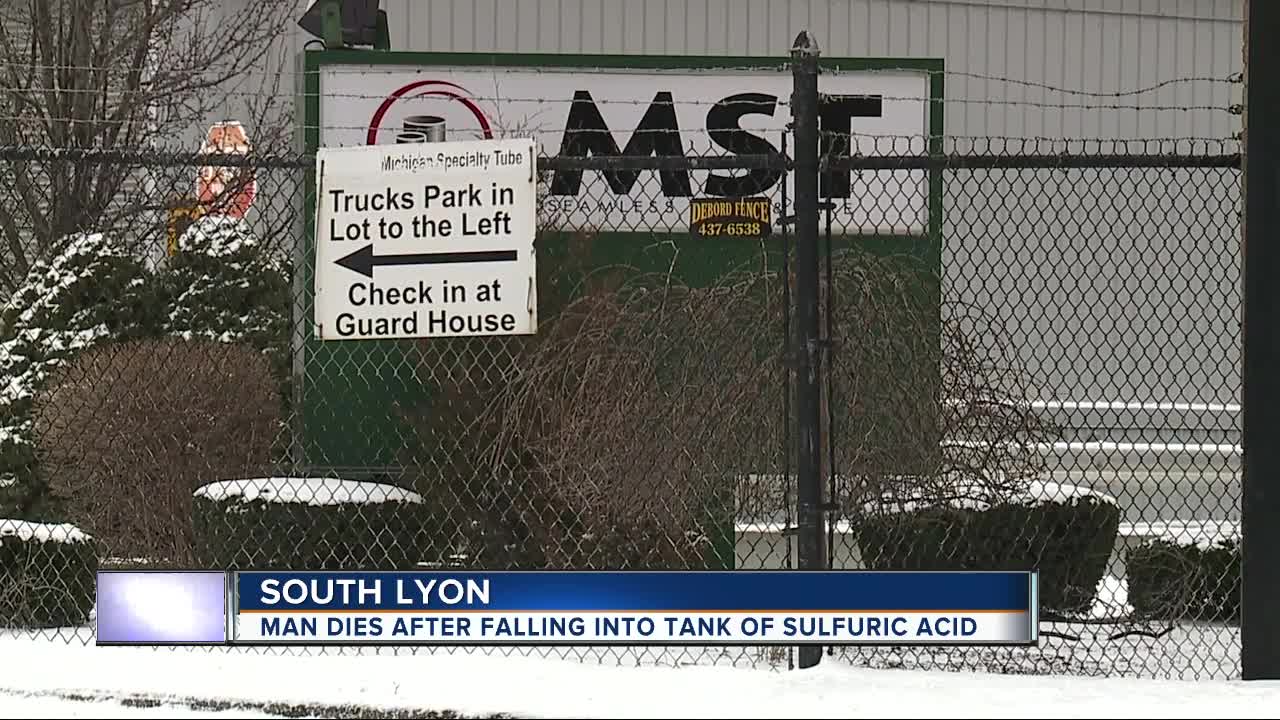 SOUTH LYON, Mich. (WXYZ) — The family of the 54-year old man who died Saturday after falling into a vat of boiling hot sulfuric acid wants to thank the co-worker who tried to save his life. He is a big hero to the family.

This happened during the noon hour on Saturday at Michigan Seamless Tube in South Lyon.

Police and fire officials say the vat is 8 feet deep, 10 feet wide and more than 30 feet long. They say the man is a trainee who was taking a sample of the solution when he fell in.

He was hanging onto the side when another worker pulled him out. Another worker helped move him to a decontamination site and hosed him down until EMS arrived.

He was taken to the University of Michigan Hospital in Ann Arbor where he later died.

Both of those workers had minor burns on their hands.

There was another fatal accident inside this plant in 2007 when a worker got caught inside a machine.

A GoFundMe page was created for the victim's family to help with expenses.