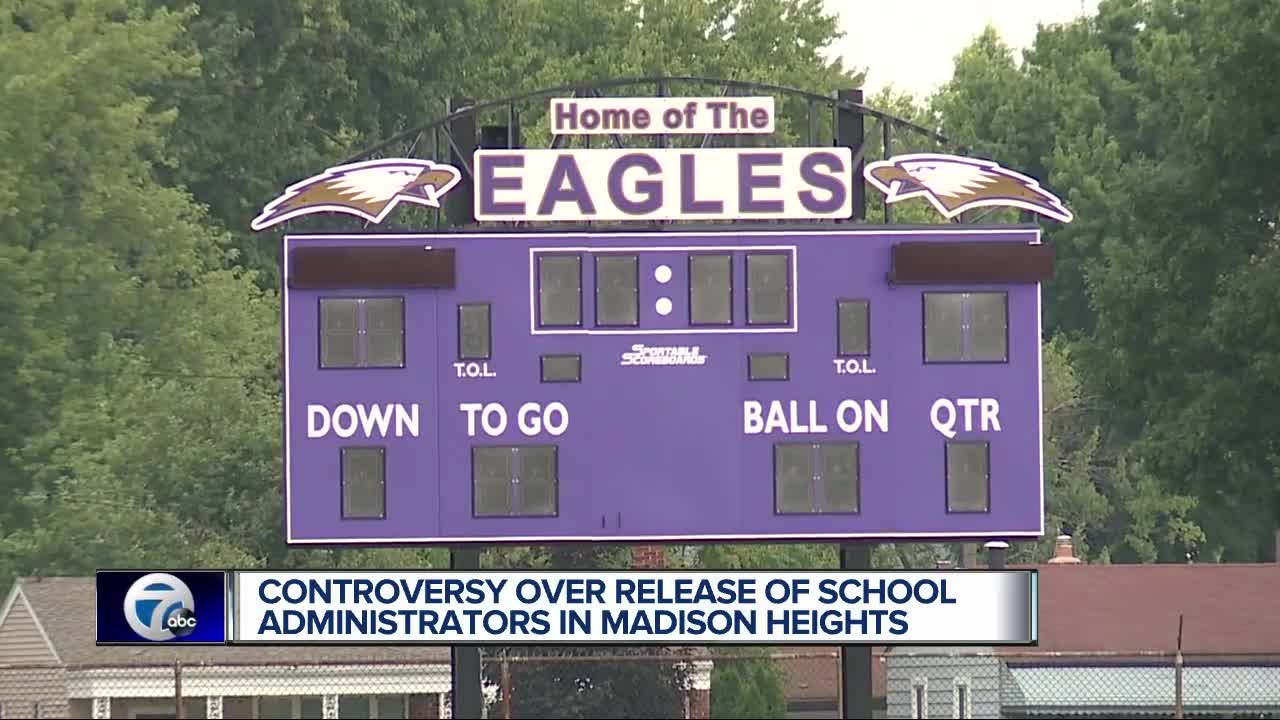 MADISON HEIGHTS, Mich. (WXYZ) — What is going on at the Madison District Public Schools? In the matter of a few months the district’s superintendent, business manager, athletic director, food services and transportation director and the enrollment director have been let go. Now some of them are suing.

“It was the best season we ever had,” said Jimmy Brown, the former Athletic Director at the Madison District Public Schools of the 2018-2019 school year.

Brown said after a year of athletic accomplishments, he got shocking word. He was fired.

The problem with all this is the kids are going to suffer,” said Brown.

“There appears to be a political motivation,” said Attorney Eric Stempian, who represents Brown, plus the Former Food and Transportation Director Michelle Fuller, and The former Director of Enrollment Greg Raspberry, who are all suing for wrongful termination.

They claim they were fired for voicing support of candidates for the board of education who lost. When the new board took power, they allegedly retaliated.

The lawsuits say their first amendment rights were violated when they were fired.

Superintendent Angel Abdulahad issued a statement saying the district doesn’t comment on pending litigation and, “There is no doubt that the school district will be vindicated through the course of legal proceedings.”

WXYZ spoke to School Board President Mark Kimble on the phone. He says it has nothing to so with politics. He says as some were told in writing, they were let go due to a financial emergency.

A veteran board member, Bill Pittman, says he doesn’t believe there was a financial emergency. He says he was not for the firings.

“These were in my mind very vital people to our district,” said Pittman of the administrators who were let go.

Pittman says preliminary numbers show a decline in enrollment, although he can only speculate as to whether or not the administrative changes contributed.

Stempian says the district continues to spend money on new hires, building improvements, and at the most recent board meeting spoke of even considering purchasing land.

“The evidence shows there is no financial emergency,” said Stempian.