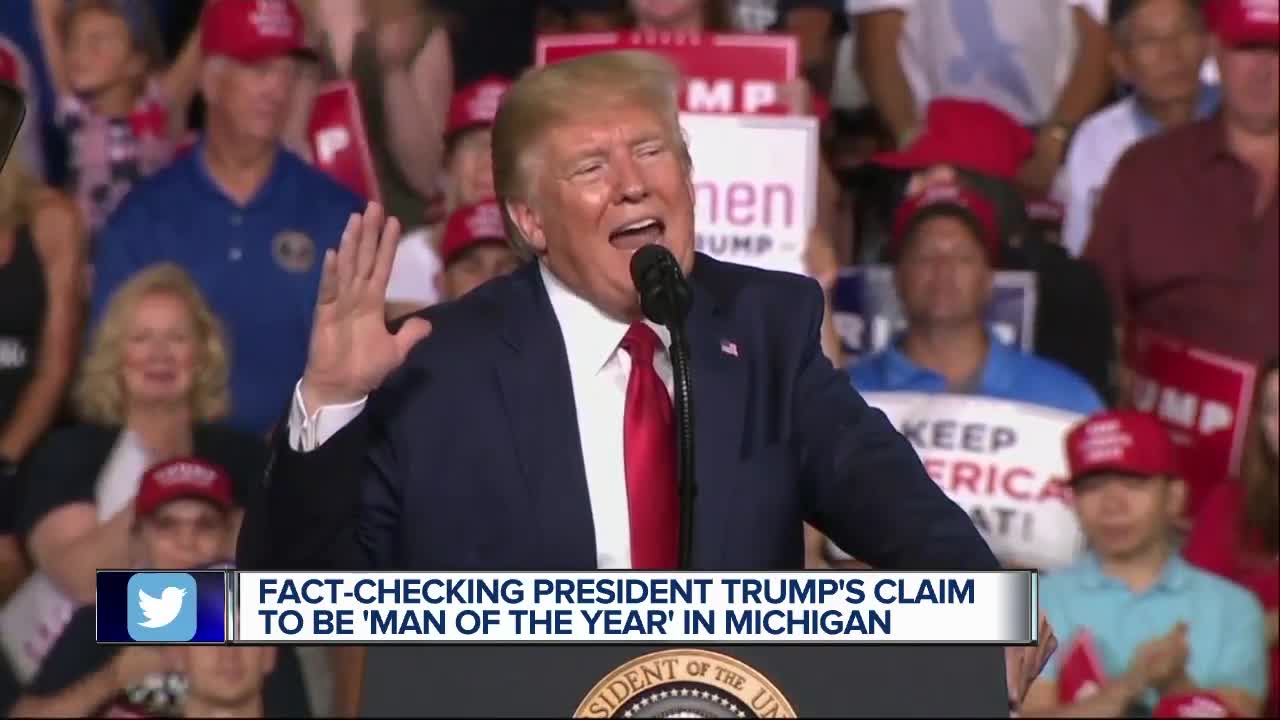 Former Michigan Representative Dave Trott is sharing his insight into why President Trump said he was awarded man of the year in Michigan. A statement that according to Trott isn’t true. 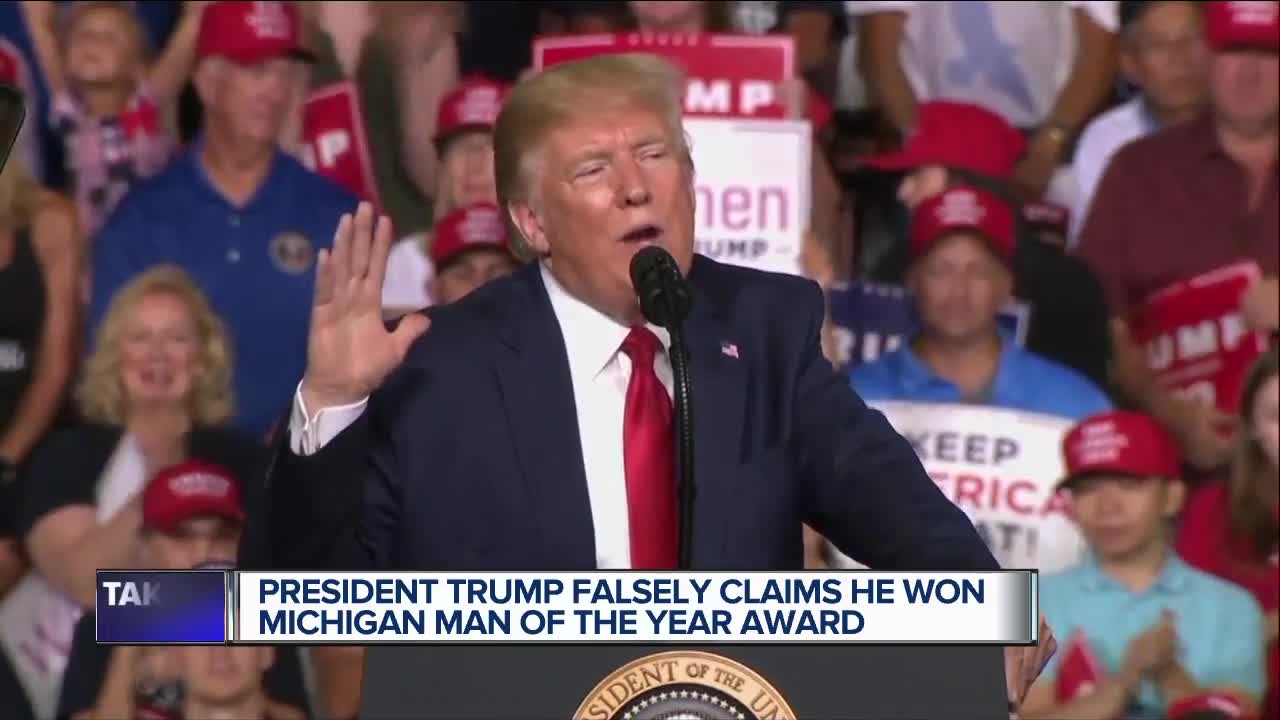 BIRMINGHAM, Mich. (WXYZ) — Former Michigan Representative Dave Trott is sharing his insight into why President Trump said he was awarded man of the year in Michigan. A statement that according to Trott isn’t true.

Trott says he believes the President maybe thinking of a different time, 6 years ago, when Trott invited Trump to a Republican event in Oakland County.

"I can’t explain why he would claim to be Michigan’s man of the year," Former Rep. Dave Trott said.

At a rally in New Hampshire Thursday night President Donald Trump told supporters he was awarded Michigan's man of the year award.

"5 or 6 years before I even thought about running, they named me man of the year in Michigan," President Trump said at a rally in New Hamshire Thursday.

"I can’t explain it. I don’t know what the thinking is, I don’t know how he gets to the point of being the keynote speaker at the Lincoln dinner to being man of the year in Michigan," Trott said.

Trott says the President may be thinking of the 2013 Lincoln dinner he attended in Oakland County, but no award was handed out.

"We invited him in to be the guest speaker. He did a great job and there was a huge crowd and we gave him a nice framed picture of the Gettysburg address and some other gifts," Trott said.

Then in 2017, at a round table discussion with top auto executives the President brought up winning the award.

"When I reminded him of that dinner, he referenced receiving the man of the year award and I nodded and said it was a great speech. I didn’t feel it appropriate and I don’t think Mary Barra felt it appropriate to correct him in that setting on his exaggerations," Trott said.

Some people we spoke with say they’re not surprised by what the President said.

"I wouldn’t think twice that he wouldn’t say it. I mean it’s President Trump. Before he was President he was just Trump, he’s a comedian," Jamell Mitchell said.

“All you haters. He will be man of the century after re-election."

"I live in Michigan and he is my man of the year!"

Trott says there is a solution to the Presidents claim.

"The easiest solution is for the Governor to give him the award. I don’t think that’s going to happen," Trott said.

Trott says he also asked the chamber if they handed out man of the year award and they told him no.