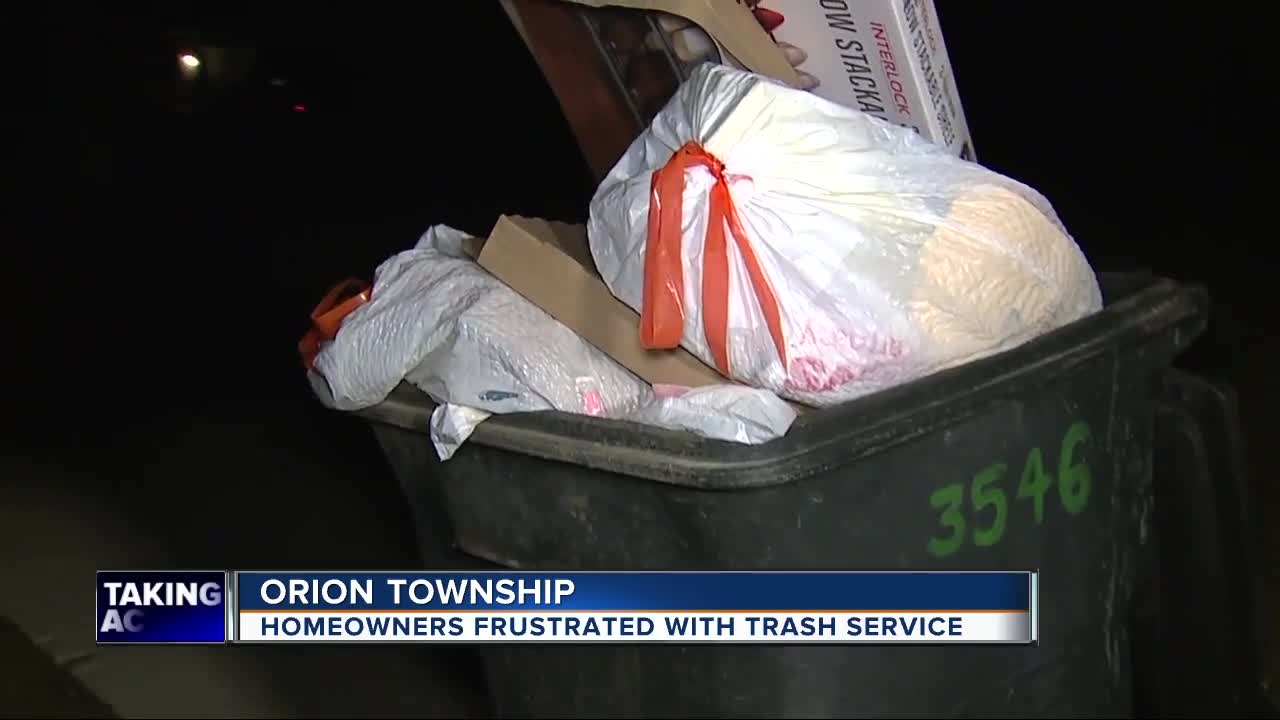 People in Orion Township are facing weeks-old piles of garbage; trash they say Odd Job Disposal was supposed to collect. The township booted the trash hauler in mid-March following complaints of unreliable service. “There would be weeks that they just wouldn’t show up," said Brian Symansic, who lives on Mill Lake Road. 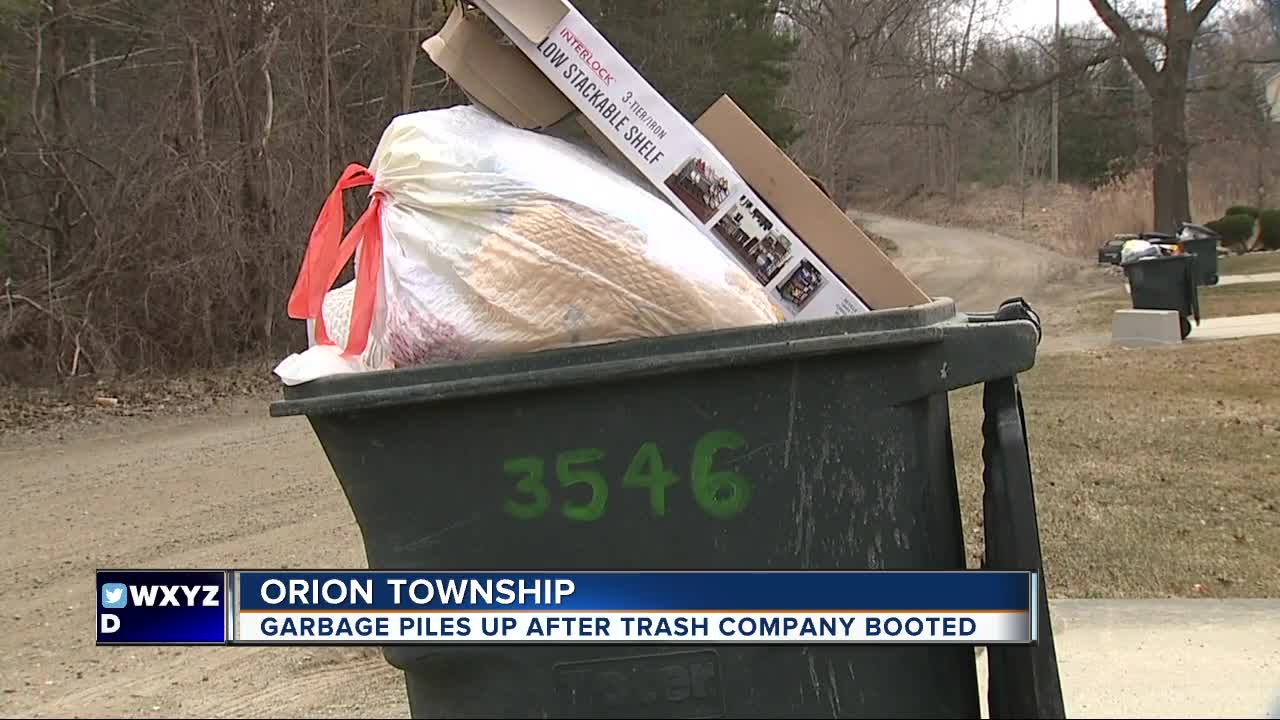 The township booted the trash hauler in mid-March following complaints of unreliable service.

“There would be weeks that they just wouldn’t show up," said Brian Symansic, who lives on Mill Lake Road.

According to Township Supervisor Chris Barnett, Odd Job was contracted to pick-up trash in Orion Township through the end of March.

“It’s been there for eight days. So we’re kind of sick of seeing it," said homeowner Michelle Collins, who said the company never came to collect its final pick-up.

“We’re in between right now. Our new service doesn’t start until next week so I’m not really sure at this point what to do," Collins said.

Symansic said he already paid Odd Job through the year; he doesn't know if he'll get a refund.

"They don’t answer their phone," he told 7 Action News.

We reached out to the company via email and by phone, and received no response. Odd Job's automated voicemail instructs Orion Township customers to email them or reach out to Orion Township for more information.

However, Barnett said the township's hands are tied. Garbage collection is a private service between residents and the companies, he said. The township just provides the permits to pick-up in the area.

“They have chosen not to respond to many of the people that have been seeking refunds. So as much as people want us to try to assist in that process, we really don’t have any leverage with them," Barnett told us.

Symansic is already having issues with his new hauler, Advanced Disposal.

"They were supposed to come yesterday and they didn’t come yesterday but at least they answered their phone and said that they were going to come tomorrow.”

Orion Township recently revoked the permit of a company that had been providing waste collection services in their community. As a result, Advanced Disposal has been contacted by customers to set up service. We are ramping up our services to do this and help with this unfortunate situation. We ask any customer that has been missed to call our Customer Care Center at (248) 451-1570, and we will ensure prompt pickup.

Some garbage was finally picked up.

Barnett said he's confident the three remaining companies will get the job done.

Residents who have issues with on-time pick-ups need to contact the companies directly.

Barnett said residents should not leave their trash unattended, as it’s technically a violation to leave trash out on your property for more than 24 hours.

He said given the headache many homeowners are dealing with, the township doesn’t want to issue fines; for now they’re placing courtesy reminder stickers on people’s garbage bins.