Hazel Park student flees from violence as refugee from Pakistan, excels in first school she ever attended 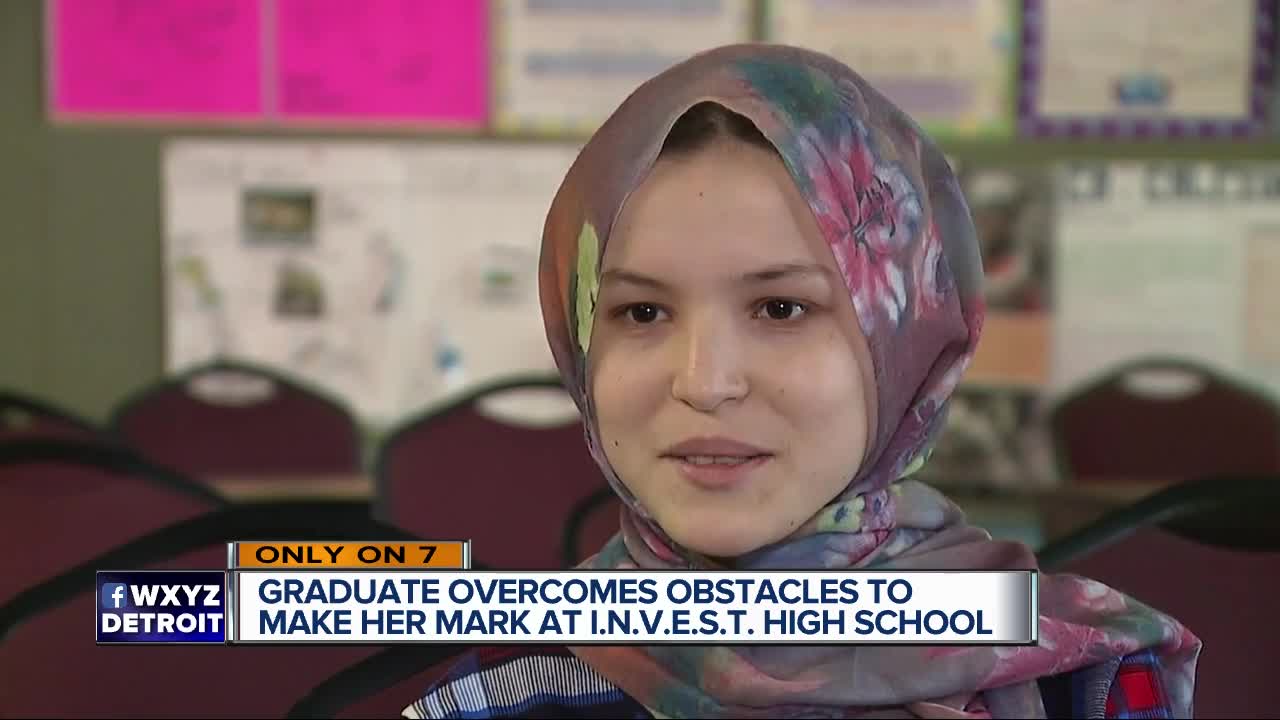 Eighteen-year-old Arifa Izatulaah was nervous and proud to speak to her fellow classmates last Tuesday during her high school graduation from Roosevelt Invest in Hazel Park.

HAZEL PARK, Mich. (WXYZ) — Eighteen-year-old Arifa Izatulaah was nervous and proud to speak to her fellow classmates last Tuesday during her high school graduation from Roosevelt Invest in Hazel Park.

Prior to 2016, Arifa had never gone to school formally. She fled persecution with her family in Pakistan, and spoke no English when she arrived in metro Detroit.

"It was not safe for us and we didn’t have a chance to get education there. I was just trying to learn from the other people at home," she told 7 Action News.

Three years after arriving in the United States with her mother and siblings, Arifa now has plans to attend college next year. Her graduation speech was about overcoming obstacles; something all too familiar for the 18-year-old.

"I had goose bumps. She is vivacious. She is an amazing student," said Hazel Park Schools superintendent, Dr. Amy Kruppe.

Here’s your #MondayMotivation: This 18-year-old went from knowing zero English and never going to school, to speaking at her class graduation. How she fled violence and heartbreak to make her mark in #HazelPark tonight on @wxyzdetroit #OnlyOn7 ❤️📚 pic.twitter.com/HtODATlw8n

On top of learning English in less than three years, Arifa also learned Spanish and kept up a part-time job at Panera while also taking classes online. One way she learned English, was watching American movies like "Titanic."

That quickly changed at Invest, a school designed to help students like Arifa succeed.

“We have individuals who come here that often times haven’t had any English or they’ve been out of school because they’ve come from war torn countries," Kruppe said.

Arifa, who said she wants to become a doctor and help child in Pakistan, is one of 50 Invest graduates this year.