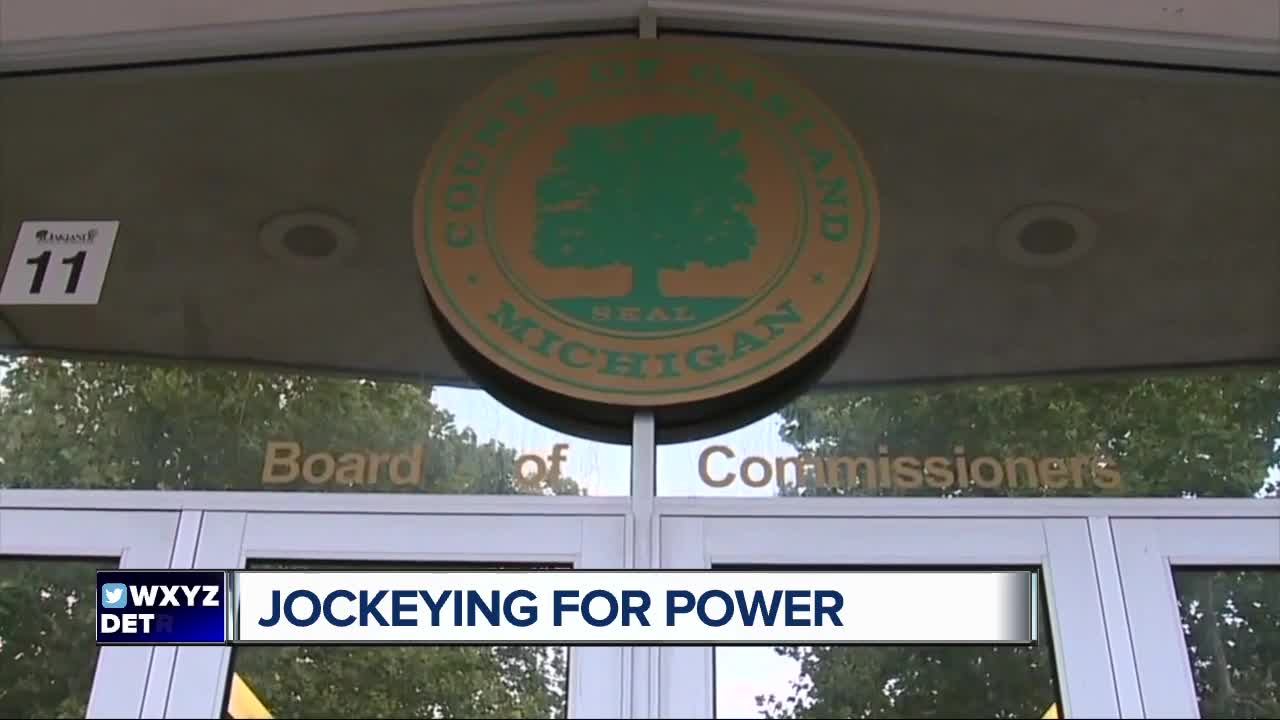 As Democrats on the Oakland County Commission maneuver through the process of appointing a new Oakland County Executive, their moves behind the scenes are now being called criminal.

(WXYZ) — As Democrats on the Oakland County Commission maneuver through the process of appointing a new Oakland County Executive, their moves behind the scenes are now being called criminal.

Here’s how we got here. The Chairman of the Oakland County Commission David Woodward resigned yesterday to be legally eligible for the appointment of County Executive by the rest of the board. That meeting was set for tonight and has been canceled.

The board is now saying anyone can apply online until noon next Tuesday at this link: www.oakgov.com/boc

Gerald Poisson was L. Brooks Patterson longtime Assistant Executive and was sworn into the top position over the weekend after Patterson’s passing.

Poisson and Patterson are Republicans. Republicans have held the Executive position for 4 decades.

Poisson calls the moves by the Democrats on the board a “sham process.”

Democrats took over control of the County Commission in the last election. They have 30 days to appoint a new Executive.

Another option is a special election. Either one would be to fill the terms of Patterson which runs through the end of next year.

The next meeting of the County Commission to take up the appointment is next Friday morning, at the same time as the funeral for Patterson. His daughter, Mary Margaret Patterson Warner issued this statement today:

The wound of losing our beloved father and grandfather became deeper when we learned the Oakland County Board of Commissioners scheduled a meeting the morning of his funeral to seize control of the county executive office. This heartless play for power is unforgivable and has offended the Patterson family. Our father has earned and deserves more respect than this.