Lawmakers call for cancelation of 'Islamaphobic' event on 9/11 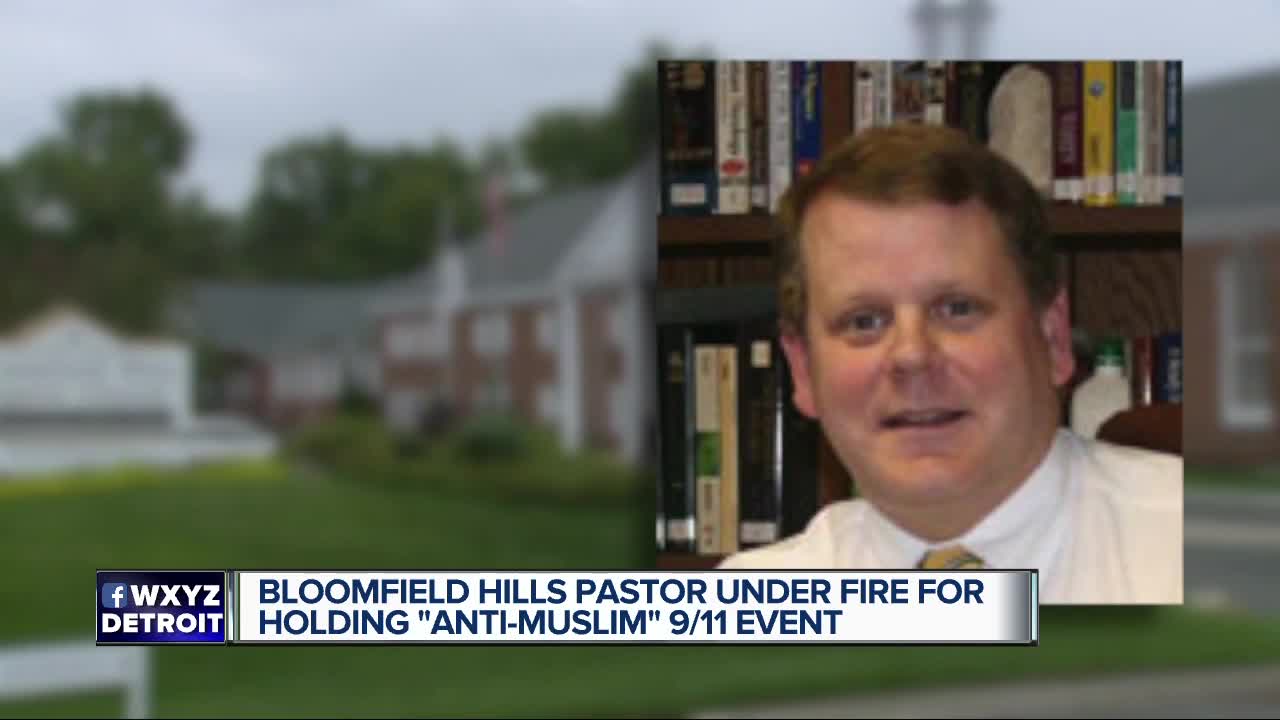 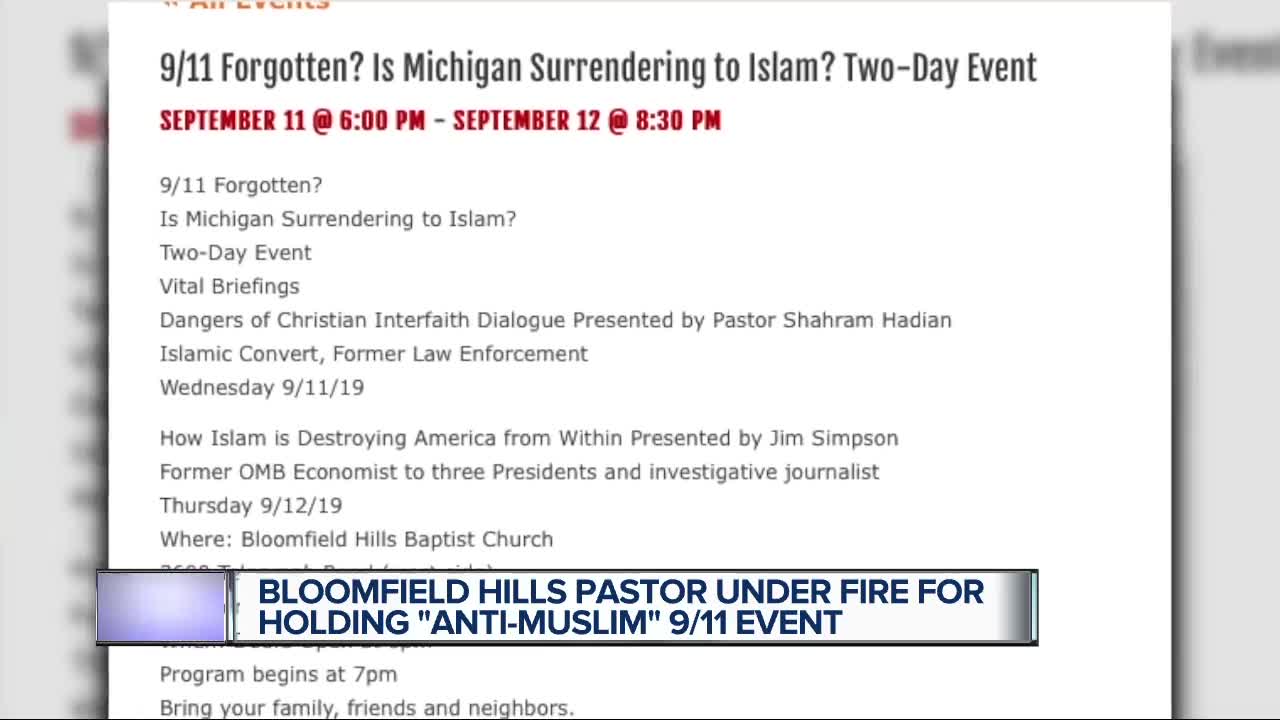 BLOOMFIELD HILLS, Mich. (WXYZ) — This month we mark the18th anniversary of the worst terrorist attack in U.S. history. More than 6,000 were hurt and almost 3,000 lost their lives when terrorists working with al-Qaida attacked on 9-11.

A church in Bloomfield Hills is marking the anniversary with what some are calling a hate event.

The event titled “9/11 Forgotten? Is Michigan Surrendering to Islam?” is happening at the Bloomfield Hills Baptist Church. It is a two day event that starts on 9-11.

The pastor at the church is a self-described "proud Islamaphobe." He has made posts about the dangers of Islam on social media and held other events in the past that have been called hateful.

Al-Hanooti is Executive Director of Emgage Michigan, a group that aims to make Muslim voices heard. She says she fears the pastor will inspire an attack on Muslims.

She says it is offensive that organizers of the event at Bloomfield Hills Baptist Church on Telegraph are holding this on 9-11.

“Muslims died on 9-11 as well. Muslims and people of color are grieving, just like white Americans are,” she said.

A coalition of democrats - including Rep. Debbie Dingell (MI-12), Rep. Andy Levin (MI-09), and State Reps. Abdullah Hammoud (D-Dearborn) and Mari Manoogian (D-Birmingham) are calling for an end to the anti-Muslim events. They say organizers are attempting to blame the 9/11 attacks on the entire Muslim population.

We stopped by Pastor McCay’s house in Grosse Pointe for comment, but were not welcomed.