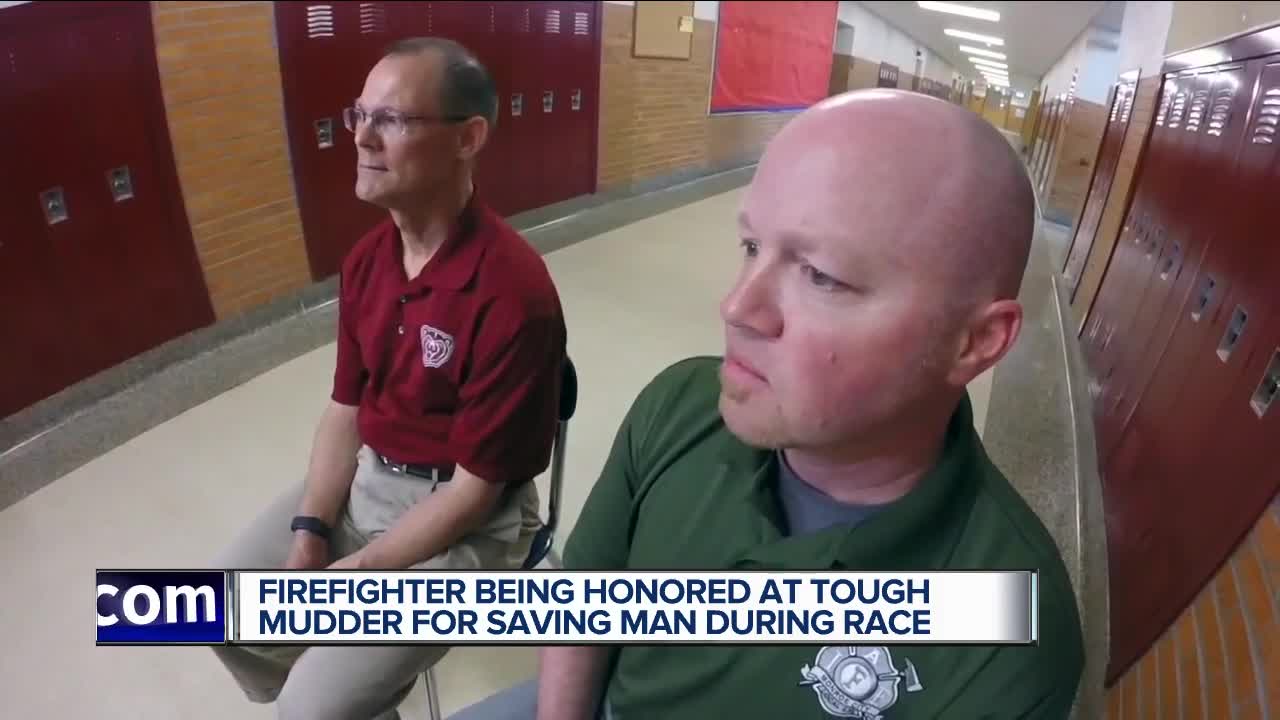 The Tough Mudder is this weekend in Oxford. It’s a fun, muddy obstacle course that a Livonia man participated in last year - but never finished after going into cardiac arrest.

OXFORD, Mich. (WXYZ) — The Tough Mudder is this weekend in Oxford.

It’s a fun, muddy obstacle course that a Livonia man participated in last year - but never finished after going into cardiac arrest.

Luckily for him, he was saved by another competitor who was a Monroe firefighter.

French teacher Dave BeBeau was excited to participate even though he was a newbie.

Before hitting the six mile mark he fell down, leaving his friends and other participants worried.

“Somebody said, ‘I think he’s having a seizure.’ That obviously caught my attention,” says Paramedic Scott Smiley.

Smiley is a Monroe firefighter who noticed a crowd gathering around Dave.

Once someone yelled Dave didn’t have a pulse, he knew he was in cardiac arrest. Scott and a few others rotated as they did CPR and waited for an AED.

They worked on him for nearly 30 minutes until Dave was rushed to the hospital.

“Usually when people are down that long, it’s usually not a good outcome,” says Smiley.

Dave doesn’t remember much of that day, nor the next eight days because he was unconscious. He tells us he flatlined about 20 times.

“At one point it was very bad and they told my wife that I probably wasn’t going to make it,” he says.

Dave didn’t have any heart issues before so this came as a shock to his family. Somehow he survived, surprising even the hospital staff who nicknamed him Miracle Man.

Scott went on to finish the competition and reached out to Dave’s family for an update. Once Dave was out of the hospital - they met up and are now friends - bonded by the scary situation.

At this weekend’s Tough Mudder both will be honored.

Scott will be competing again but Dave will sit this one out.

Even though this firefighter is a hero, he’s too humble to accept that title.