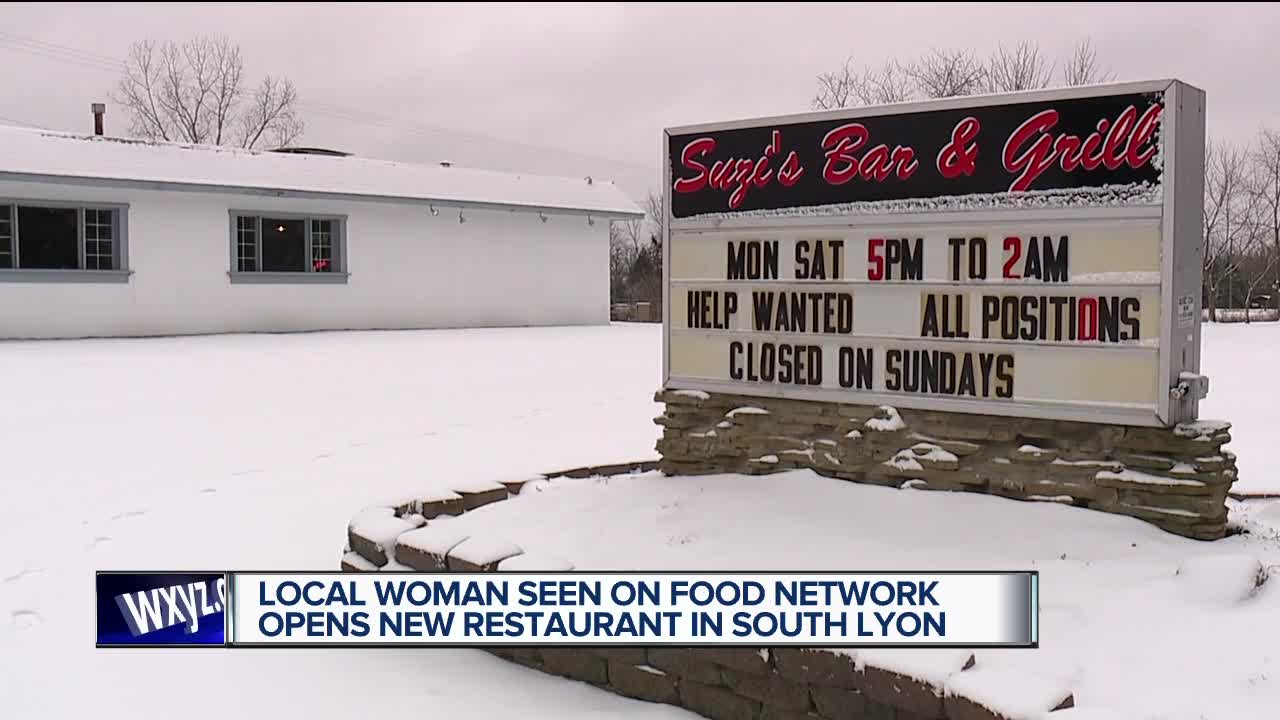 A local woman who has appeared on the Food Network has opened up her own restaurant.

SOUTH LYON, Mich. (WXYZ) — A local woman who has appeared on the Food Network has opened up her own restaurant.

We’ve followed Suzana Lossia’s journey over the years and now that road leads us to South Lyon where she has opened her own bar and grill.

7 Action News reporter Syma Chowdhry checked out what’s on the menu at a place that used to have a bad reputation.

“Cooking has been my whole entire life.”

Suzanne Lossia might be familiar to you. Maybe you saw her on Cutthroat Kitchen or maybe you watched her competing to be the Next Food Network Star or you saw her stories on WXYZ.

When we last saw her, she told us, “I need to get a restaurant, that’s my next move.”

And now she can check this off her list! She now owns Suzie’s Bar & Grill Lounge in South Lyon. She took it over months ago, after she says several other owners couldn’t successfully keep it open.

Suzanne helps she’s been supported by the community and loves it here.

“Believing in myself and in my faith, I knew I had what it took to overturn it. Sometimes I think ‘my God it’s been insane, like I did it.’”

Now, she likens it to Cheers!

“Everyone is screaming each other’s name, it’s like a neighborhood bar.”

This spot hasn’t always had the best reputation. Suzanne says it used to be a biker gang bar and didn’t always attract the best crowd. When she it took over, she spent $500,000 in renovations. She ripped up carpet, replaced the roof and updated the menu.

You will still find traditional bar food with a twist.

The next step is expanding a kitchen to widen the menu and then Suzanne’s dream will be complete.