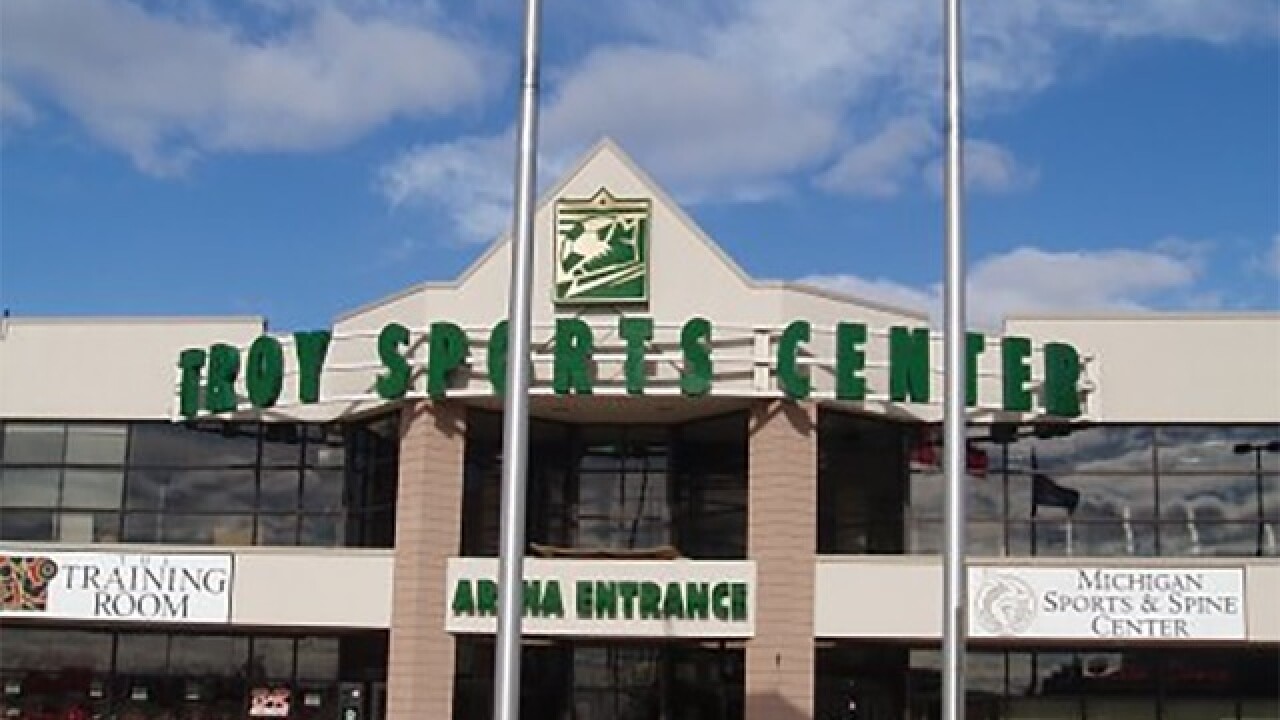 Troy police say the mother of a hockey player got into a fight with a referee at Troy Sports Center on Saturday morning.

According to police, an 18-year-old was checked into the boards during the game, and his mother, a 47-year-old woman from Coraopolis, Penn., checked on him during the second intermission. Both were in a restricted area near the referees' locker room.

As the referees left the room and went on the ice, one of the referees, a 57-year-old man from Beverly Hills, told the mom she needed to leave. An argument between the two ensued and then the mother walked out on the ice.

Police say there are different accounts as to what happened next, but all three were involved in a fight. Several players intervened and helped break up the fight.

According to police, all three felt they were victims and wanted to file Assault and Battery charges.