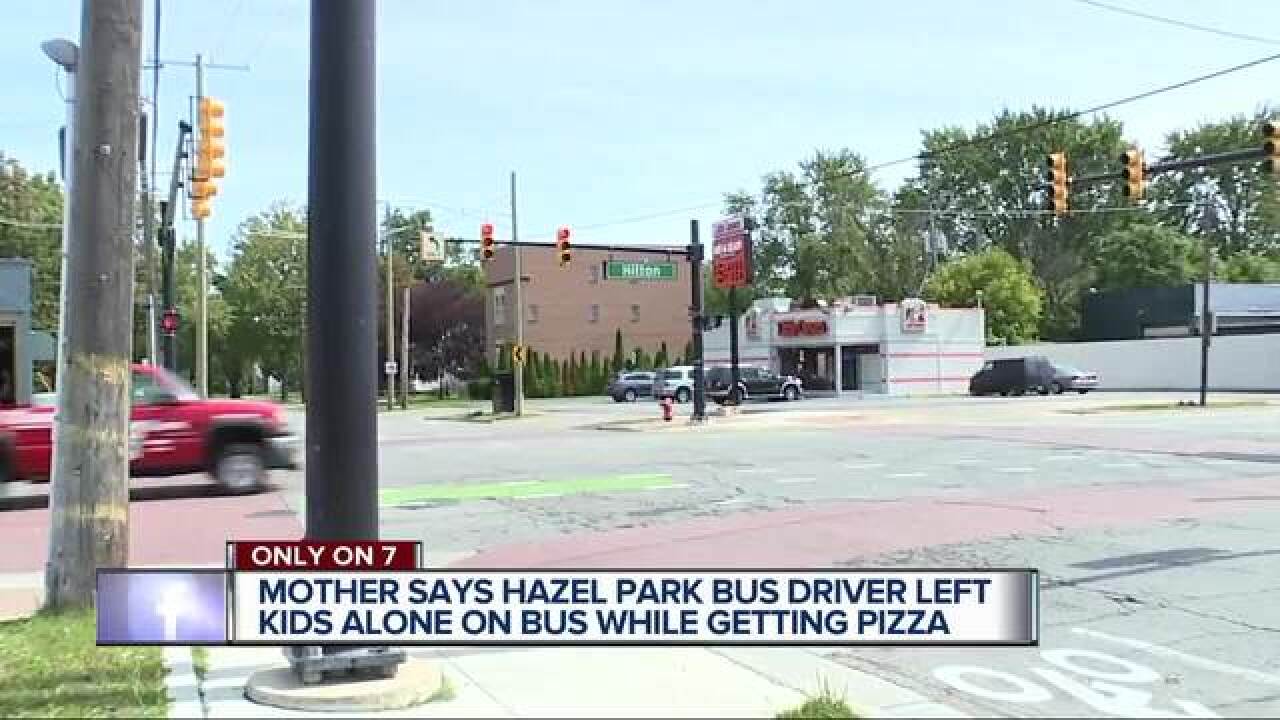 A metro Detroit mother is furious after she says her children were left on a school bus while the driver went inside a pizza store to get something to eat.

It was last Thursday when Bethann Rey's son and daughter boarded a bus from Momentum Academy in Hazel Park.

"What if somebody decided to jump in the bus take off with the kids," Rey said.

The bus driver allegedly went into a Little Caesars in Ferndale to get some cheesy sticks.

"I've never heard in a bus driver stopping to get food," Rey said.

Bethann found out about the alleged incident from her son on Friday. She says she couldn't believe what she was hearing.

"After the shock wore off I was livid absolutely disgusted."

She later went to police telling them what happened. She says they told her, it's not really a police matter.

Her children were terrified about what could have happened to them and the other students.

"She left the bus on, and the door open," said Skyler, Bethann's 12-year-old son.

The students are safe, but Bethann wants to know who's responsible.

"She's still driving the bus which I'm a little taken back by that," said Rey.

7 Action News reached out to school officials, for comment, but have yet to hear back.