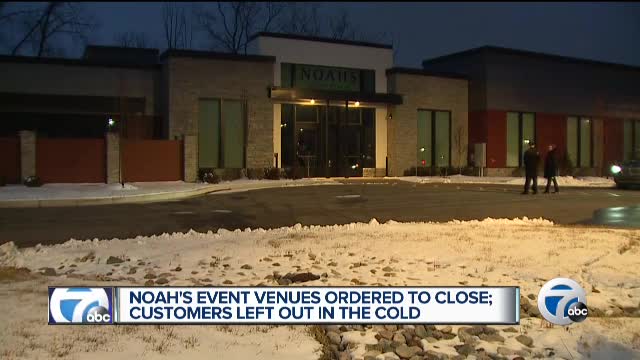 Brides and grooms are scrambling, working to find out what to do. The venue where they planned to get married is now closed. Noah’s Event Venues around the country shuttered Friday. 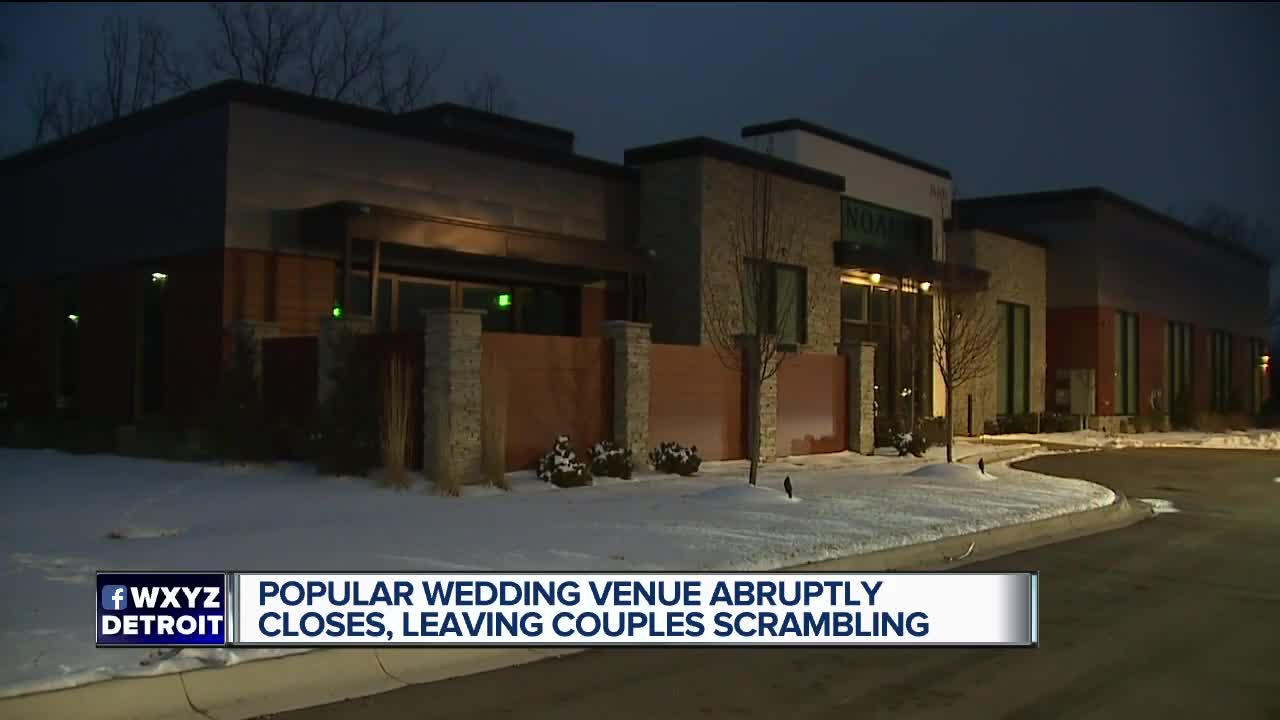 SOUTHFIELD, Mich. (WXYZ) — Brides and grooms are scrambling, working to find out what to do. The venue where they planned to get married is now closed. Noah’s Event Venues around the country shuttered Friday.

7 Action News stopped by to see if we could talk to managers, as on the phone we were told they are open until 7. We got there around 6. It was dark in the lobby and the doors were locked.

We have been given a copy of an email that workers reportedly were sent, telling them in part, “Dear staff, employees and members of the NOAH’S family, it is with heavy hearts that we send this message to you. The judge and U.S. trustee managing our restructuring case is converting NOAH’S Event Venue from Chapter 11 to Chapter 7 bankruptcy. Effective immediately NOAH’S will cease all operations, event hosting and any other services therein.”

People showed up at Noah’s Event Venue in Southfield as they heard the news.

“We paid $900,” said Amanda Glover, who planned to have her sister’s birthday party there in two weeks.

Brides and grooms who have paid thousands are wondering, will they get their money back so they can pay for the wedding of their dreams.

Jonathan Carr drove to the Southfield hall after his fiancé told him the news. He hoped to find someone to talk to, but found no one.

“You don’t want to see the person you love cry,” he said.

Erica Burton and Aaron Smith have their engagement photos, her wedding dress, and everything lined up for a large wedding with about 200 guests on May 23. Then they learned Noah’s Event Venue in Southfield, their venue, is out of business. They started making calls. Everywhere is booked.

“We are in crisis mode,” said Smith.

“It is frustrating and upsetting for sure,” said Burton.

WXYZ got a call from the owner of II Gather Event Venue of Auburn Hills, whose site is https://2gathermore.com. He said he is working to help book customers of Noah’s if possible. He took over a former Noah’s last year and turned it into II Gather. He said he believes he can accommodate Erica and Aaron’s wedding in May.

One lesson from all of this is that if you have a large purchase connected to a promised service or upcoming event, do not pay with cash. Pay with credit card or debit card. You then likely will be able to get a refund if the business closes before you get what you purchased.