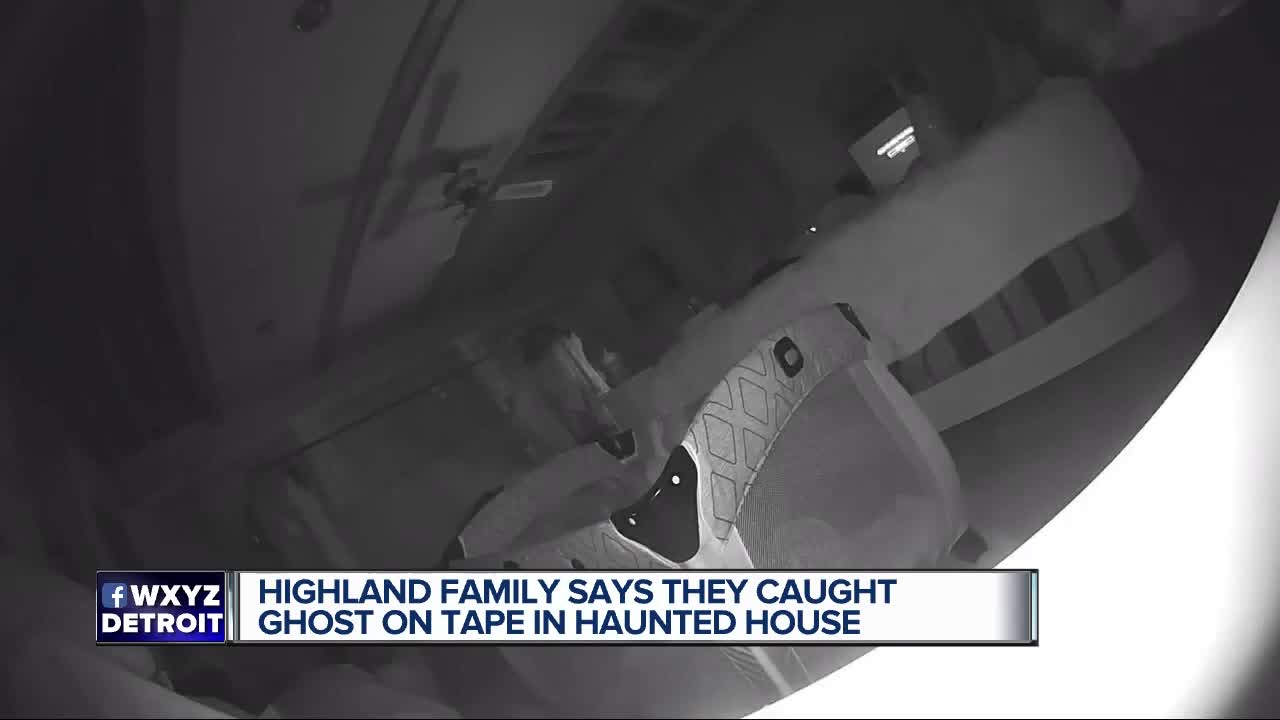 It’s a video of the unknown that is posing many questions – What is it? Is it real? And what is it doing there? A family in Highland Michigan believes their house is haunted and what's even more disturbing is that whatever is haunting the home is doing harm to their little girl.

HIGHLAND TOWNSHIP, Mich. (WXYZ) — A paranormal investigator is scheduled to investigate what happened at a house in Highland Township. He says there is possibly a pattern.

In the video, 15-month-old Lilly is in her bed, when something appears to move in front her her. Heather Brough and Josh Higgins told 7 Action News when they checked on the baby she had a scratch on her face.

Heather believes a ghost has harmed them both.

“It scares us that it could do something else. I mean there was a morning I woke up and I felt like someones hands were around my neck,” she said.

This happened in the guest house they are staying in next to Josh’s parents home, which it turns out, some believe is also haunted.

“I definitely believe there is something going on at this house,” said Mike Priest. “We are looking forward to checking out this one as well.”

“We heard something say, ‘Oh here we go. oh yeah.’ I heard it as plain as day,” said Priest.

Priest says his team will return to the property to investigate what moved in the video. He says their goal will be to see if they can find a logical explanation, such as reflecting light, before they consider paranormal activity.