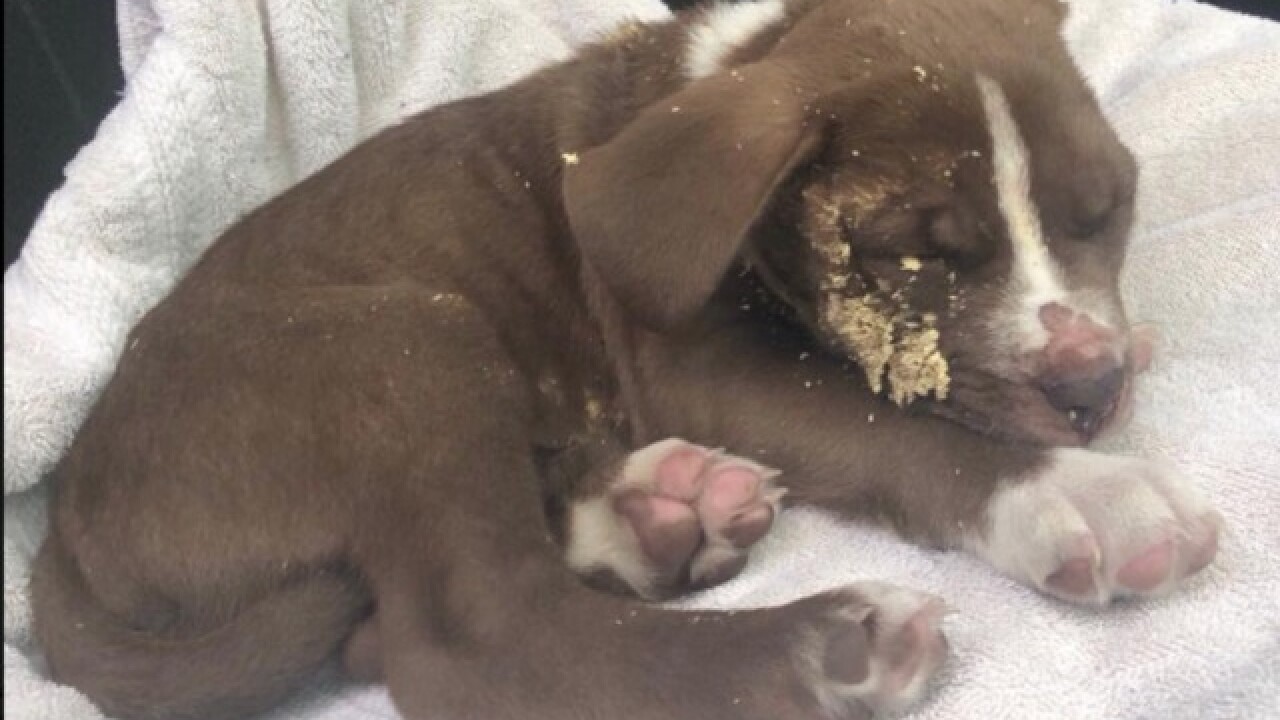 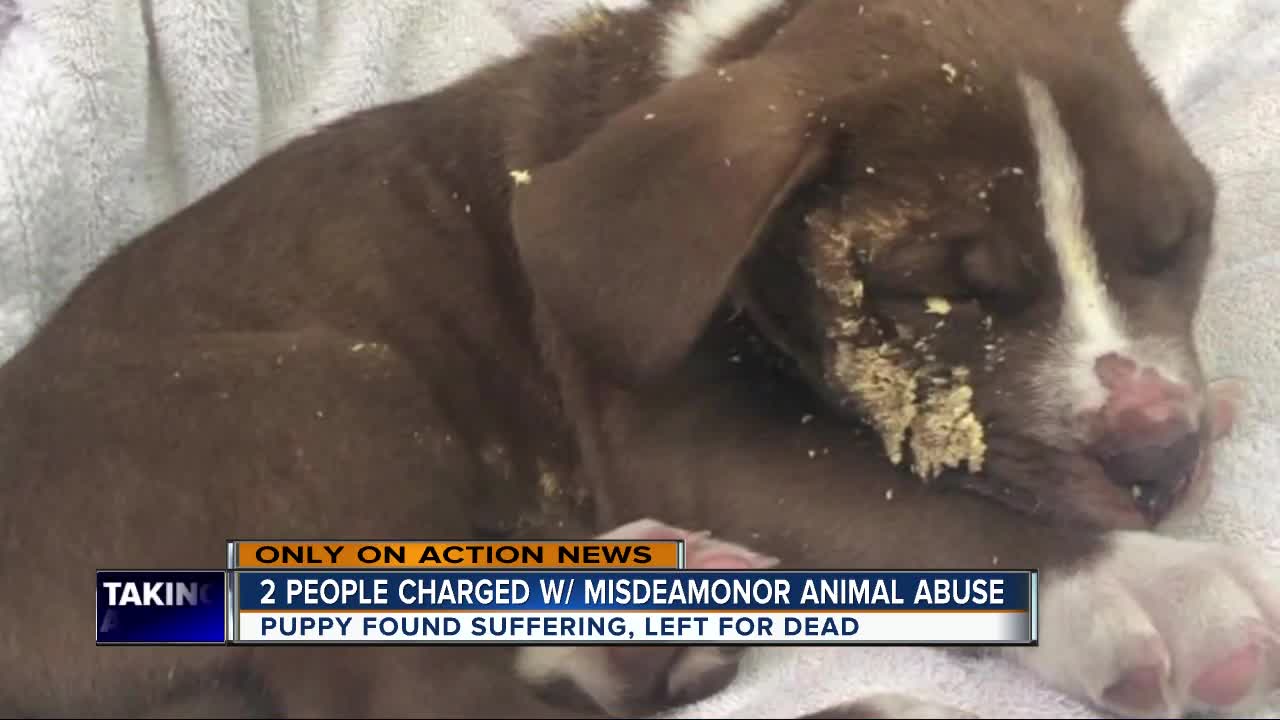 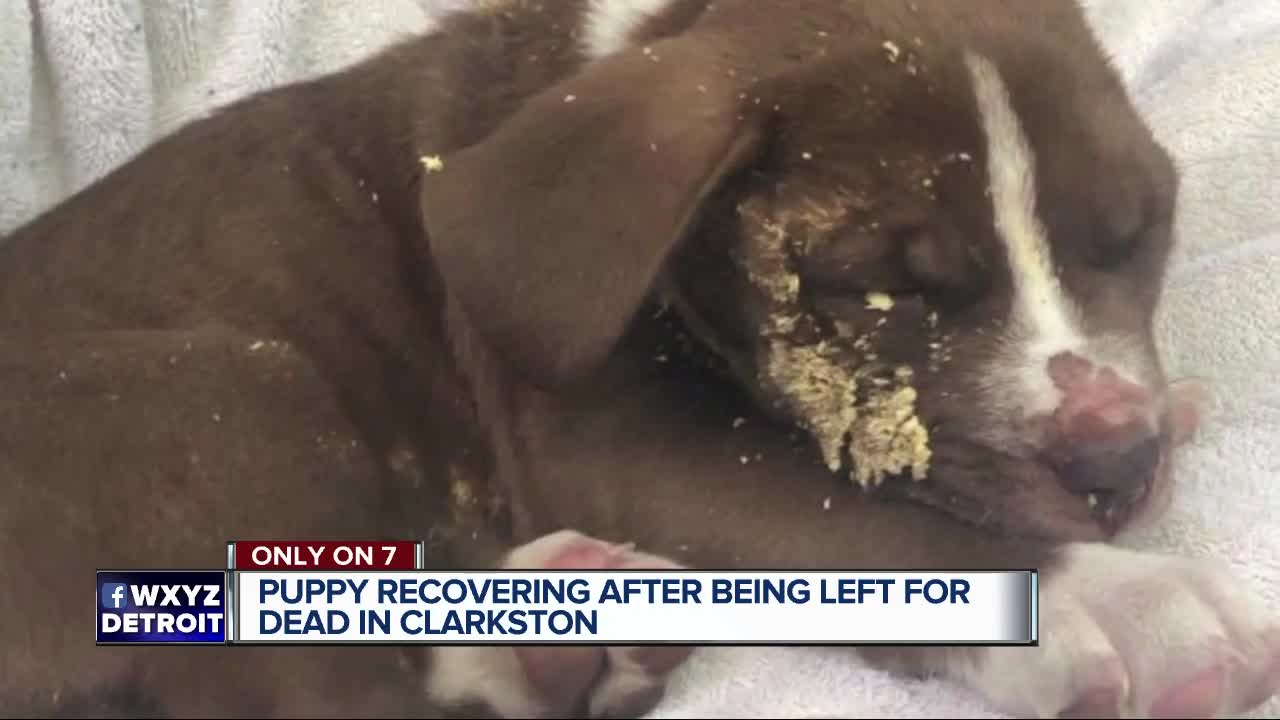 When you look at little Rumble, you see an adorable puppy. However, he was close to death after his owners left him for dead.

A resident at Sashabaw Mobile Homes in Clarkston alerted a volunteer from Canine Companions Rescue Center about the abuse.

When a member of the organization went to check it out, they found Rumble covered in maggots and barely breathing.

“Somebody hurt him severely and left him suffering without medical care, left him for dead,” said Erica McCarthy, the operating manager for Canine Companions Rescue Center.

X-rays revealed the little pup suffered a skull fracture. He is partially blind with a brain injury. That being said, Rumble is fighting through.

“Now he’s becoming a little spitfire. He likes to play now he actually started to pick up a toy and shake it,” said Rumble’s foster mom Gretchen Terpening.

McCarthy says this is a good reminder for people to always call Animal Control or 911 if you see animal abuse happening.

If you can provide any more details about the abuse of Rumble contact Oakland County Animal Control at (248) 858-1070.