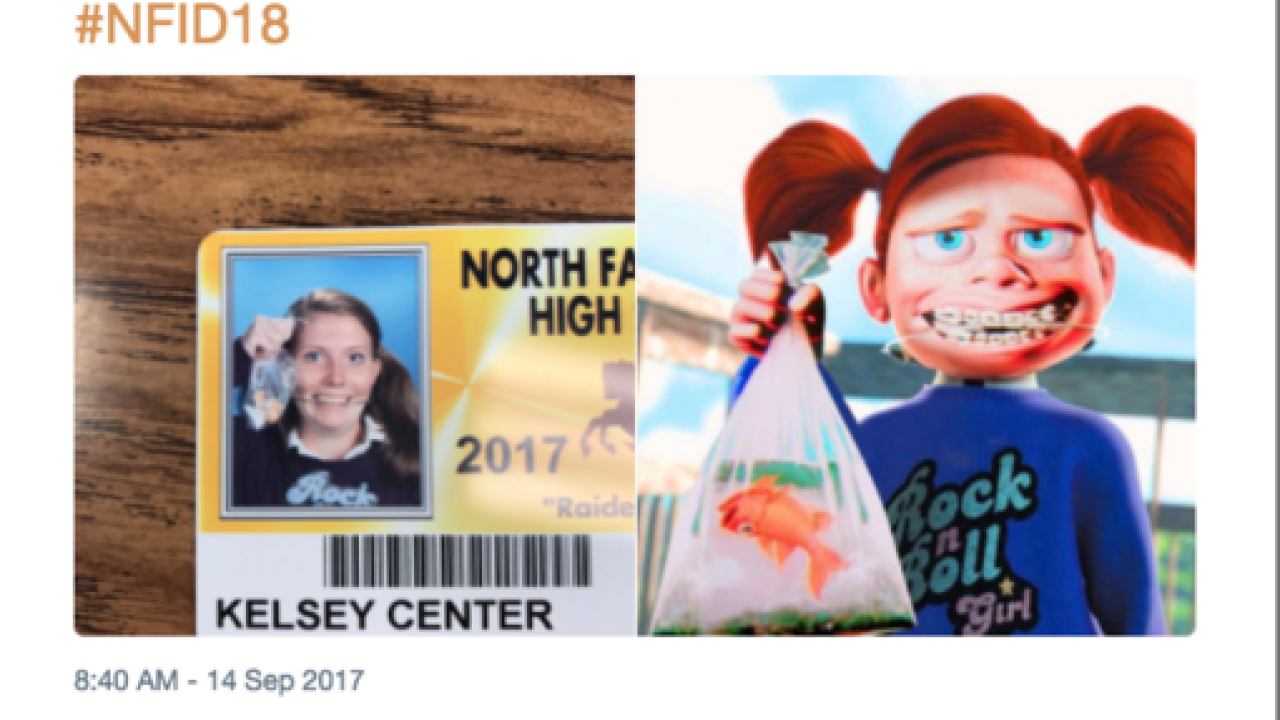 Seniors at North Farmington High School in Farmington Hills honor a tradition where they get to take ID photos in whichever costume they'd like.

The photos have been featured on multiple websites, including Buzzfeed.

They shared their creative photos on Twitter under #NFID18. See some of the most creative ones below.

FISHY! WHY ARE YOU SLEEPING?! #NFID18 pic.twitter.com/F7VPzQ6Vax

"When you think of trash, think of Akeem!" #NFID18 pic.twitter.com/K9fXz57S1n

They told me I couldn't do blood and gore so I said "Oh, you got it, dude." #NFID18 pic.twitter.com/rkKiZ2RBnB